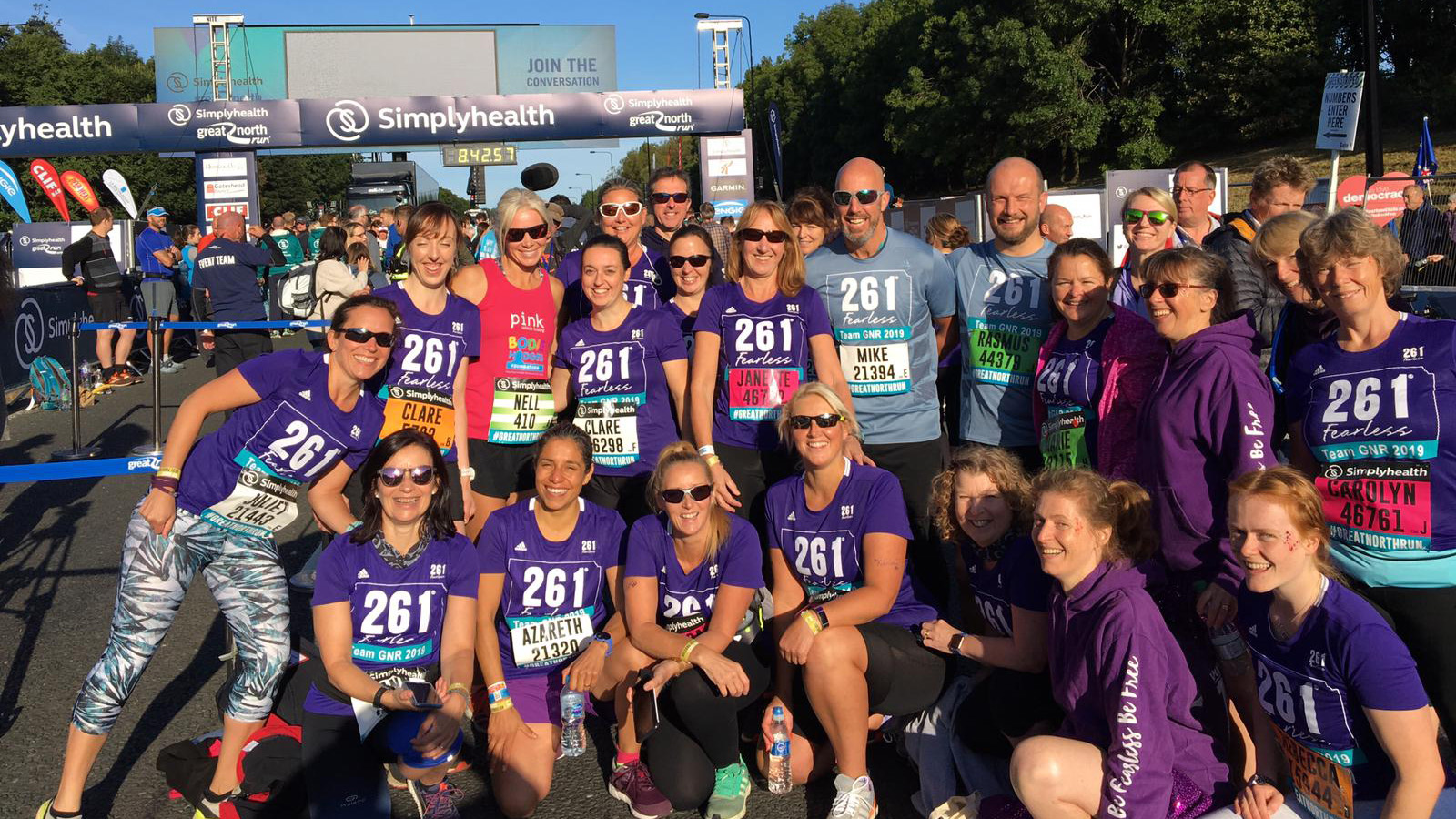 261 Fearless at the Great North Run

261 Fearless Club UK were honoured to have thirty fundraising bibs for the Great North Run in Newcastle on Sunday 8th September.

57,000 people took part in this, the 39th GNR. It’s a race with a brilliant reputation and is on many runner’s bucket lists. The size and profile of the race however can make it feel overwhelming and unachievable for many runners. Many of our team were running their first half marathon, many had only done a handful of smaller races before and everyone was nervous but excited in the lead up.

Newcastle are extremely proud of their race and local residents go out of their way to make everyone feel welcome. Gathering on the Quayside in the sunshine on Saturday there was a palpable excitement. There is a 5k and also shorter mini runs for children of all ages, so everyone feels involved. Kathrine Switzer and her husband Roger Robinson ran in the 5k alongside Rosy Spraker, our 261 Coach from Washington DC. 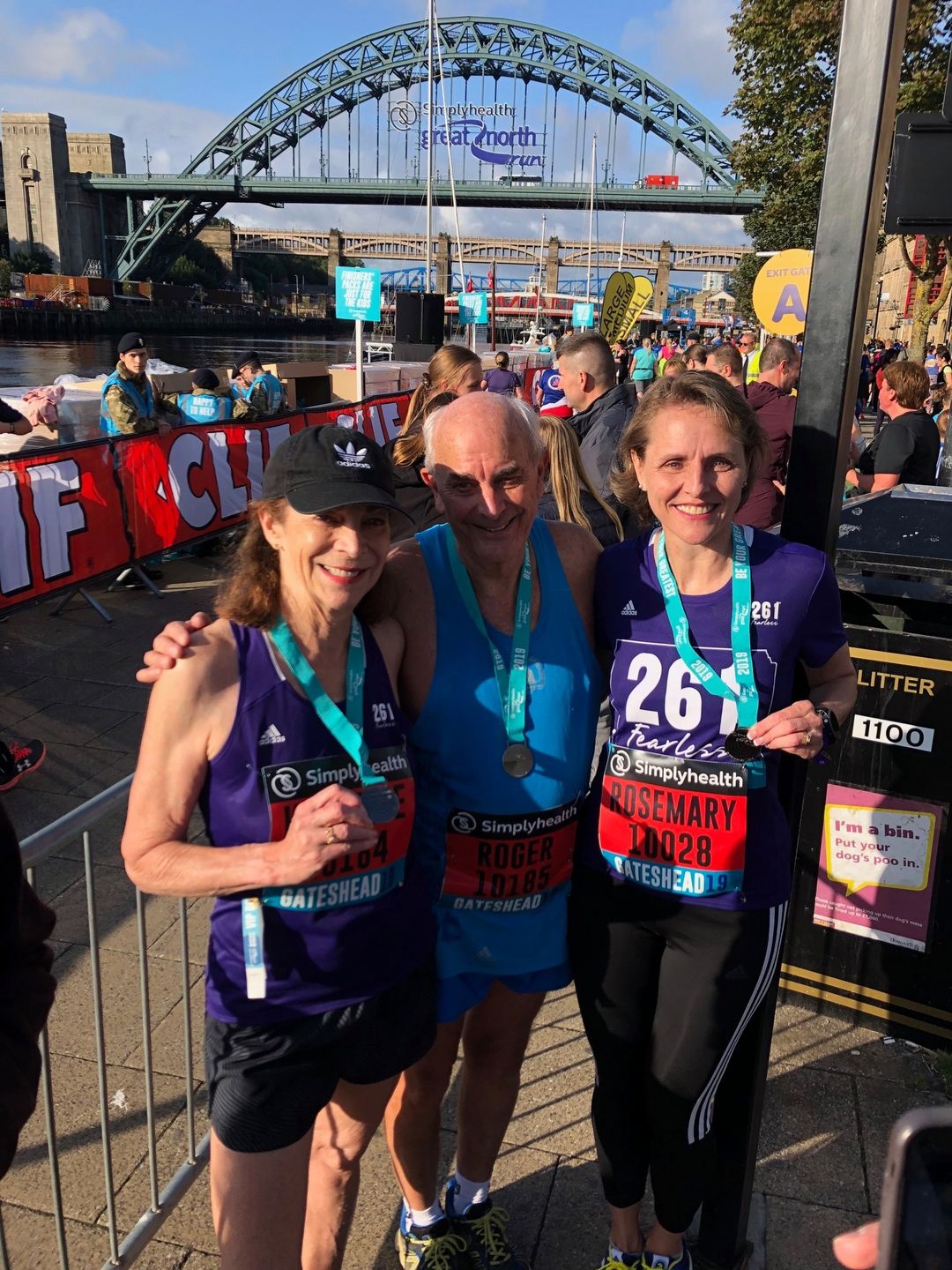 The 261 GNR team had a pre-race pasta meal at the fabulous Zucchini Pasta Bar. Team members from all over the UK met and the atmosphere was immediately buzzing. Goody bags were handed out, as were special prizes for the highest fundraisers. Kathrine gave a motivational speech to thank everyone and to inspire them on their running steps ahead. 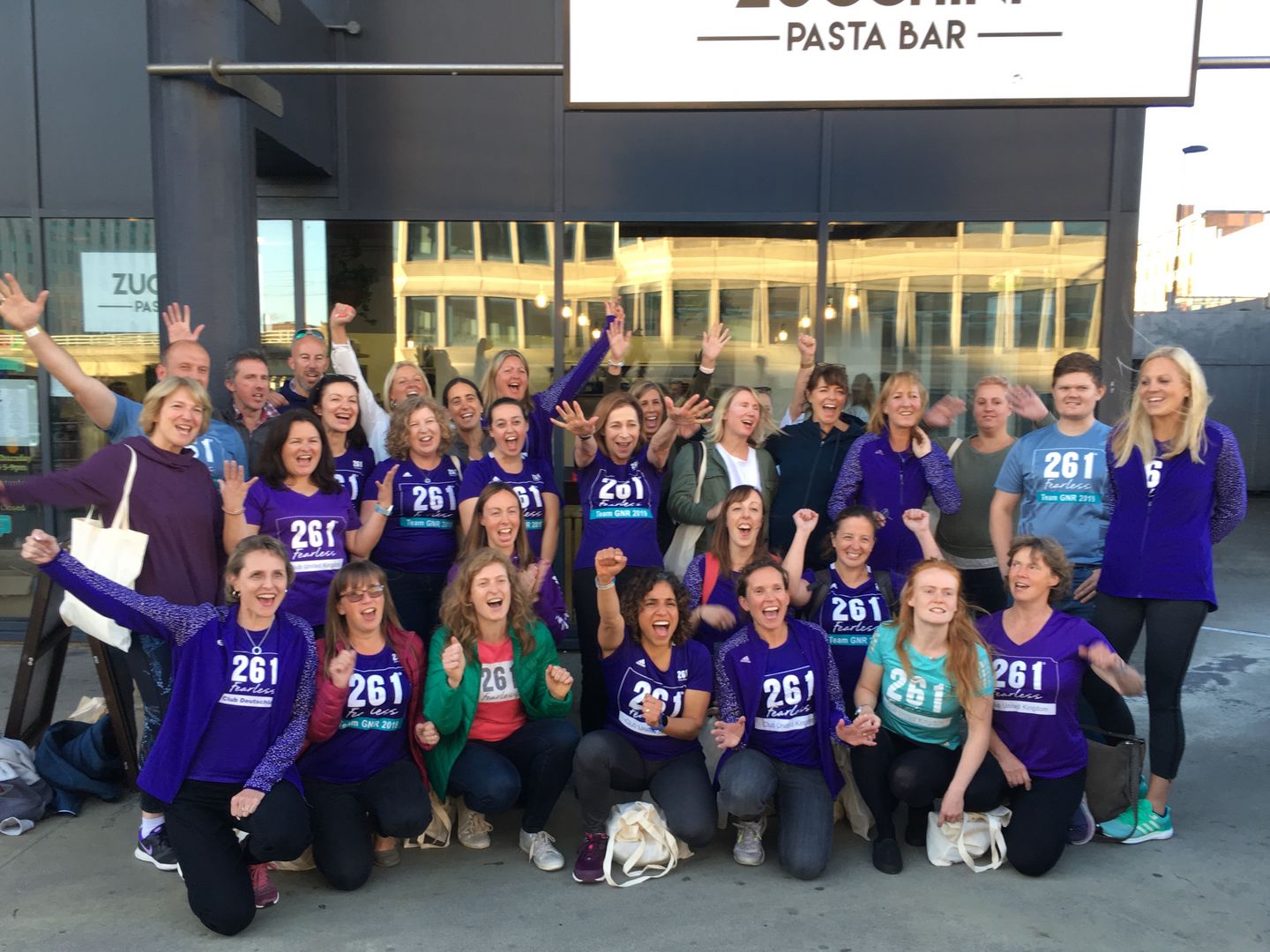 Race day began with Kathrine sending everyone off on their way to the start line. Then began the surreal experience of an incredible day when several runners commented that they thought they were dreaming and would soon wake up. From our very special team start, mixing with celebrities, to the continuous crowds lining the entire half marathon route, from live steel, brass and rock bands, to the bright sunshine after days of rain, there was so much to enjoy and be grateful for. 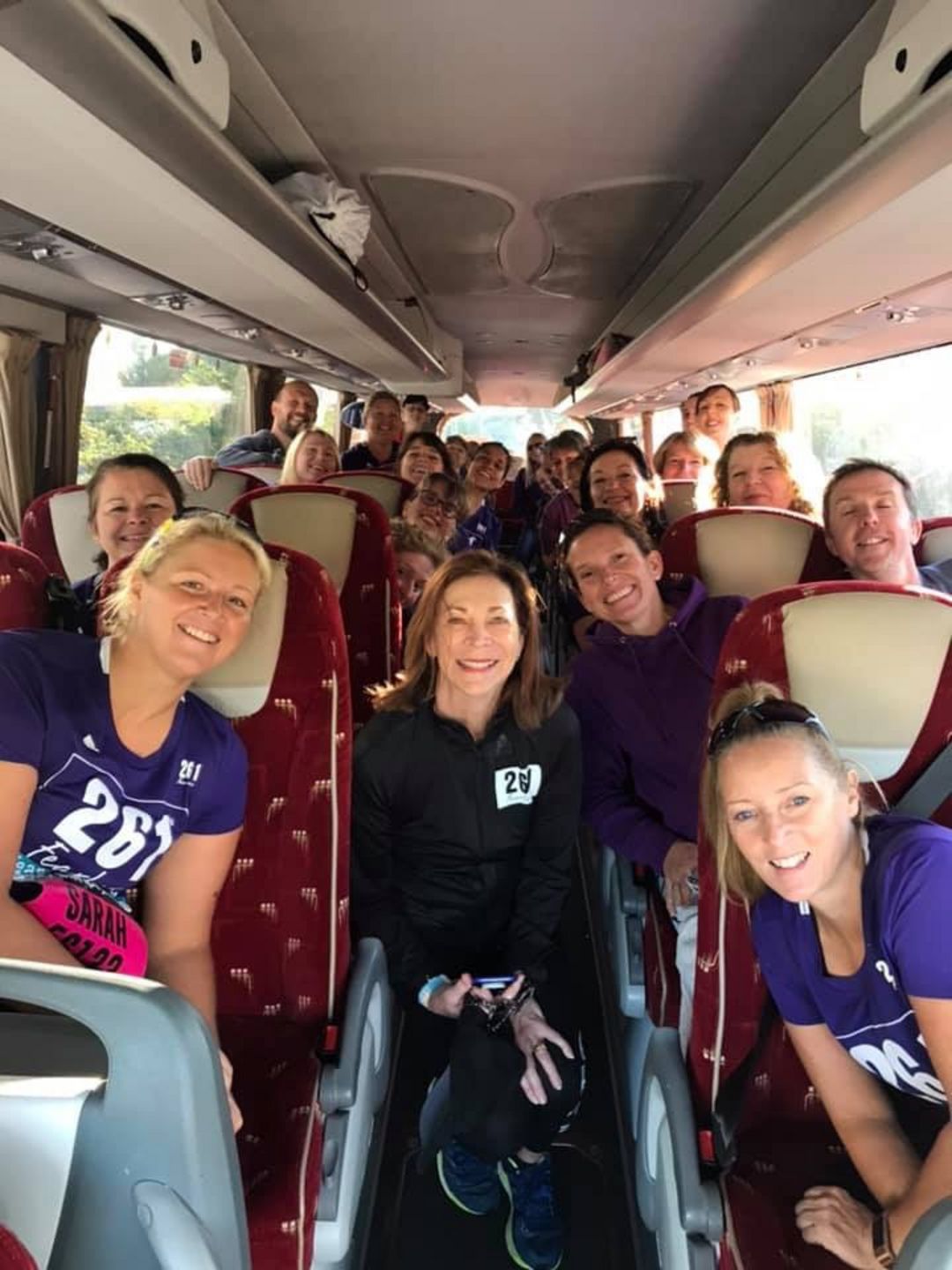 What really stood out was the way the team supported each other. More experienced runners reassuring the newer ones that they would be fine, passing on tips and giving hugs. There was a feeling of unity. The true spirit of 261 Fearless was evident. That women supporting women to step outside of their comfort zone, believe in themselves and to expand their horizons, is a very powerful thing. Not only that but the support of men was celebrated too with team members’ partners and husbands running on the team, cheering at the side line, chauffeuring, helping with fundraising and generally offering bucket loads of encouragement.

So, on a record breaking day when Britain’s Sir Mo Farah won his 6th consecutive GNR and Kenya’s Brigid Kosgei broke the women’s half marathon world record, for our 261 Fearless Team GNR, the real headlines were their personal stories. Success, achievements, pride, fearlessness and incredible fundraising. What a team! Thank you and well done to all of them, their families, supporters and sponsors.