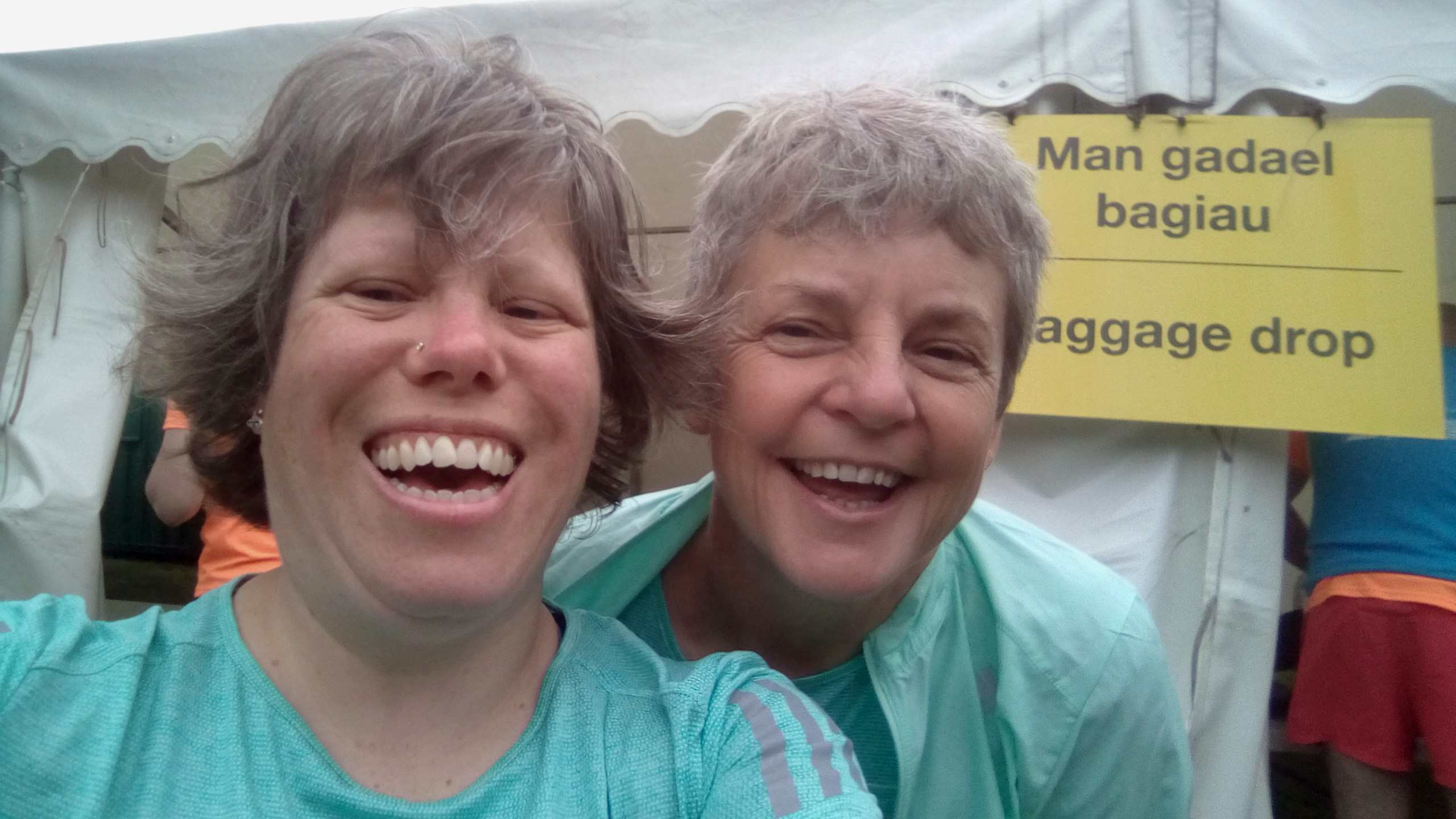 We were both very proud to have the chance to represent 261 Fearless at the Swansea Bay 10k and after the initial logistical nightmare, we'd made arrangements to meet in Swansea.  First port of call when we did meet up was to collect our t-shirts on the Saturday.  This went without a hitch and we both had a good chat to the ladies who were doing the distribution.  Once all sorted and checked into hotel could have a proper look at the t-shirt which had a quote from Kathrine on it. 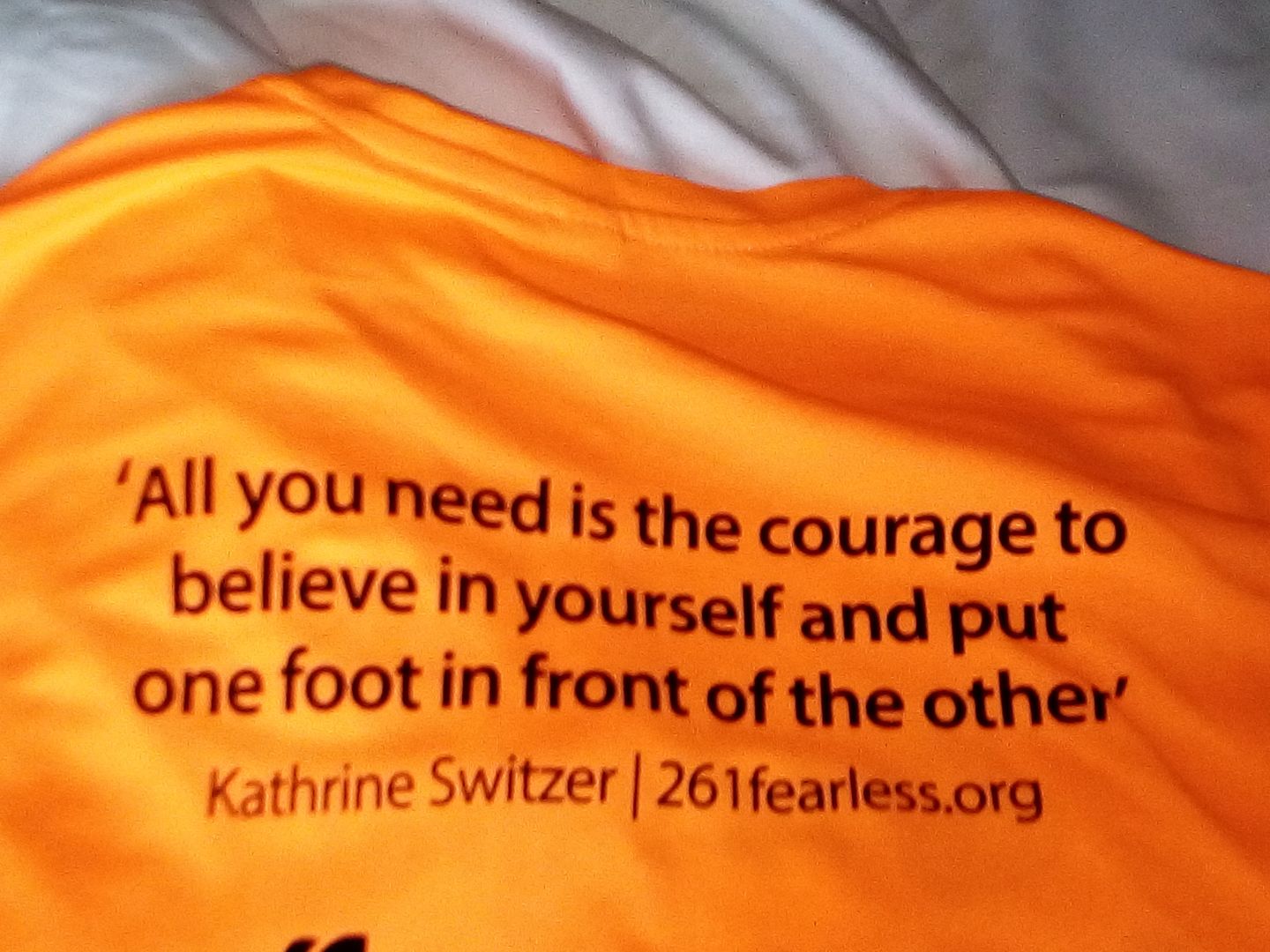 It was soon time for food and an early night, but I certainly kept an eye on the weather forecast, which was gradually getting worse.  The wind was picking up outside and heavy rain was now the forecast.

Upon waking in the morning, the weather was no better, so it was time to fuel up and sort out kit.  I did my usual pacing and struggled to get food down, but there was plenty of time to get ready and get on our way.  Once at the start area, we first went to find the portable toilets with the least queues and put our bags into the bag drop.  The announcer mentioned us by name several times and 261 Fearless got plenty of mentions.  We spent our time talking to other runners, especially any ladies we could find who would listen to our chat.

There were around 4,300 registered for the event with 3,399 finishers showing up in the results. 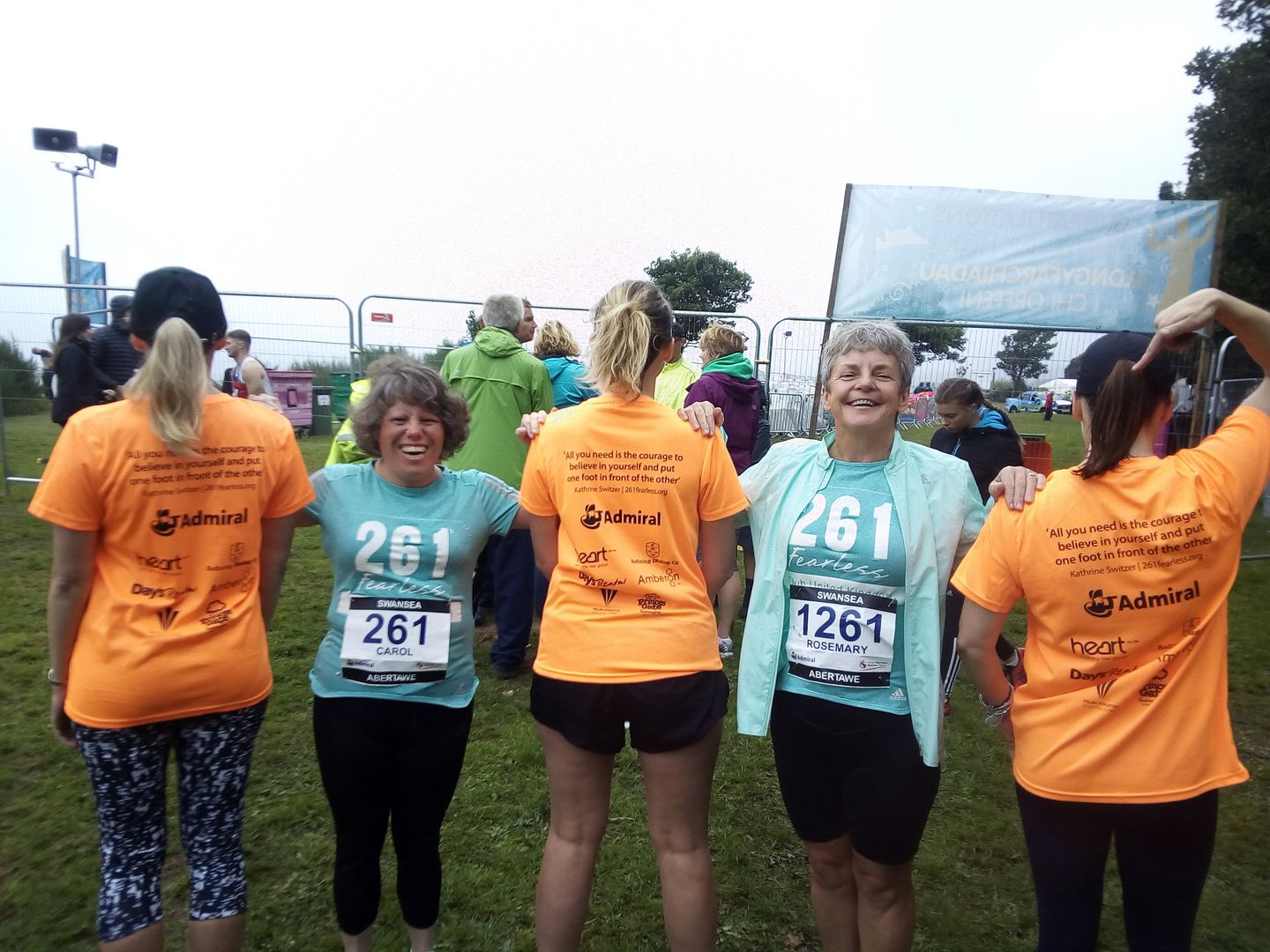 It was a very mixed crowd of participants.  There were wheelchairs as well as club runners, charity runners, fancy dress runners and everything in between.  The timing pens were pretty well organised and by the time we were off the weather wasn't so bad. It is a one of the bigger events I have participated in and it did feel a little congested until the field evened out a little.  The route is an out and back, with the out stretch being along the closed road and the way back is along the promenade path.  The turn point is at Mumbles where there was a water station. By the time I reached the water station the rain had started to get heavier.  Soon I was soaked through and not enjoying the soaking I was getting so I took my time a little more and spoke to some more of the runners around me.

Both of us found the final 2k or so difficult under foot because of all the standing water.  You just couldn’t get around the puddles as they took up all of the path, so through you had to go.  The rain seemed to get colder too which didn’t help matters.

Finally I reached the 400m to go and that was very much a welcome site.  Once over the line, all the helpers, although soaked through were still in good spirits and Rose was there to meet me

We had a bit of a catch up and again spoke to some other runners, before heading off to get warm and dry.  Later of we headed down to Mumbles pier to refuel on fish and chips.

The event was really friendly and for those who are used to the wet weather it certainly didn't seem to dampen their spirits (although it did dampen mine a bit!)

It’s a beautiful part of the country and it has lots of beautiful bays that are just perfect for a swim.

Despite the weather we both enjoyed the race and it was very well organised.  We would certainly recommend to friends and would love to have another go in better weather.

Looking for a 261 Fearless Club near you? We have clubs all around the globe and we're always looking for new members to join our fun and rewarding community so why not join us?