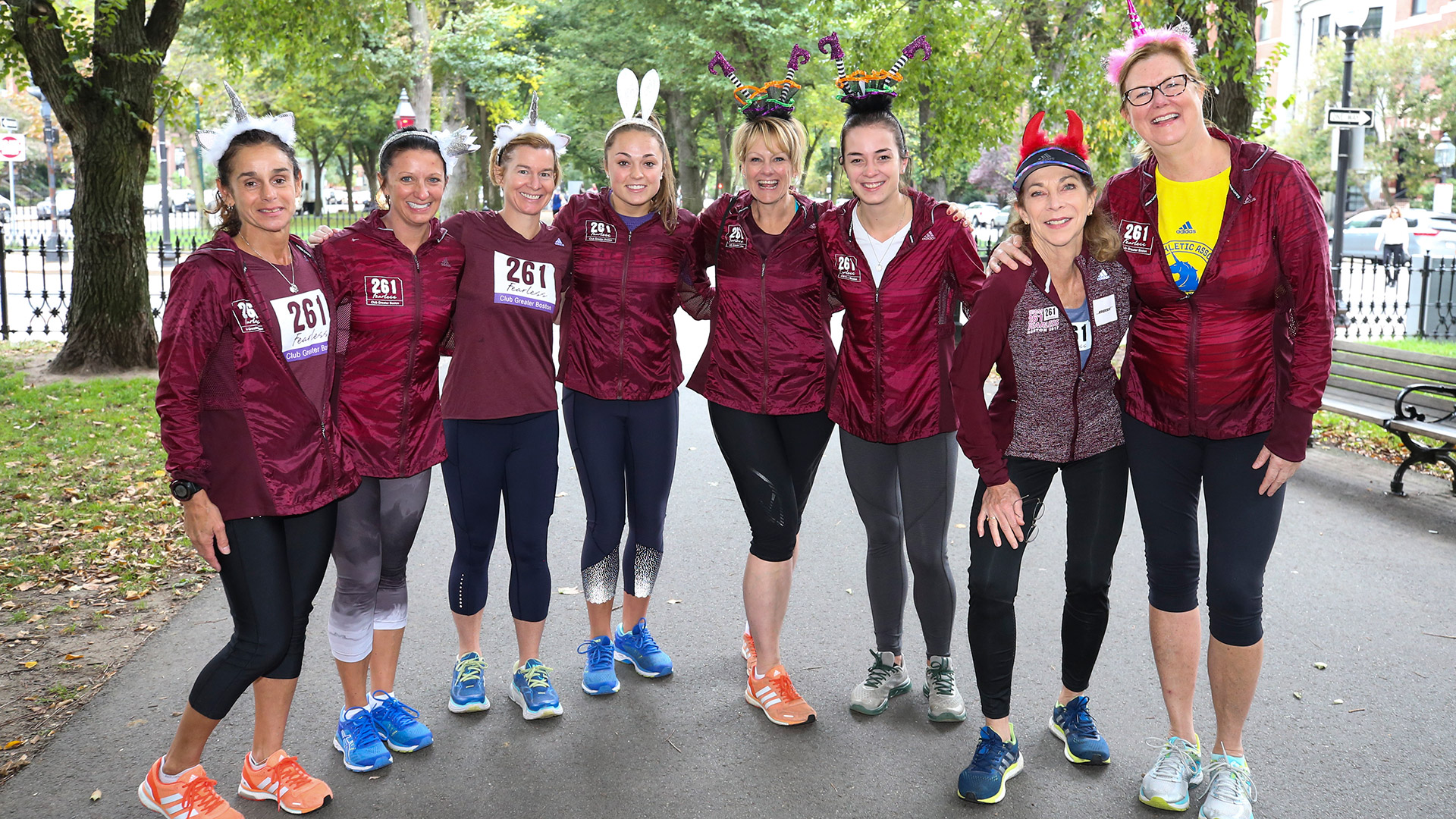 Aside from our favorite time of the year when April in Boston brings about Patriots’ Day and the famed Boston Marathon, this past weekend (October 14-15) was one of the busiest and most enjoyable two days of 2017. Kathrine Switzer was in the greater Boston area for two important and impactful events and the members of the local 261 Club that came out – both Saturday in Boston and Sunday in Hopkinton - witnessed an important element of the “Two-Six-One” mission – a full and wonderful sense of Community!

On Saturday, a passionate group of runners met at adidas Run Base, near the finish line of the Boston Marathon. There, with WBZ-TV 4 (CBS) chronicling the activities, Kathrine led club members – new and old – on a short training run to introduce the concept to women interested in learning more about what 261 Fearless can do for them. During part of the run that went through the Boston Common, they ran into B.A.A. Executive Director Tom Grilk who stopped by to send regards to Switzer and all the runners! 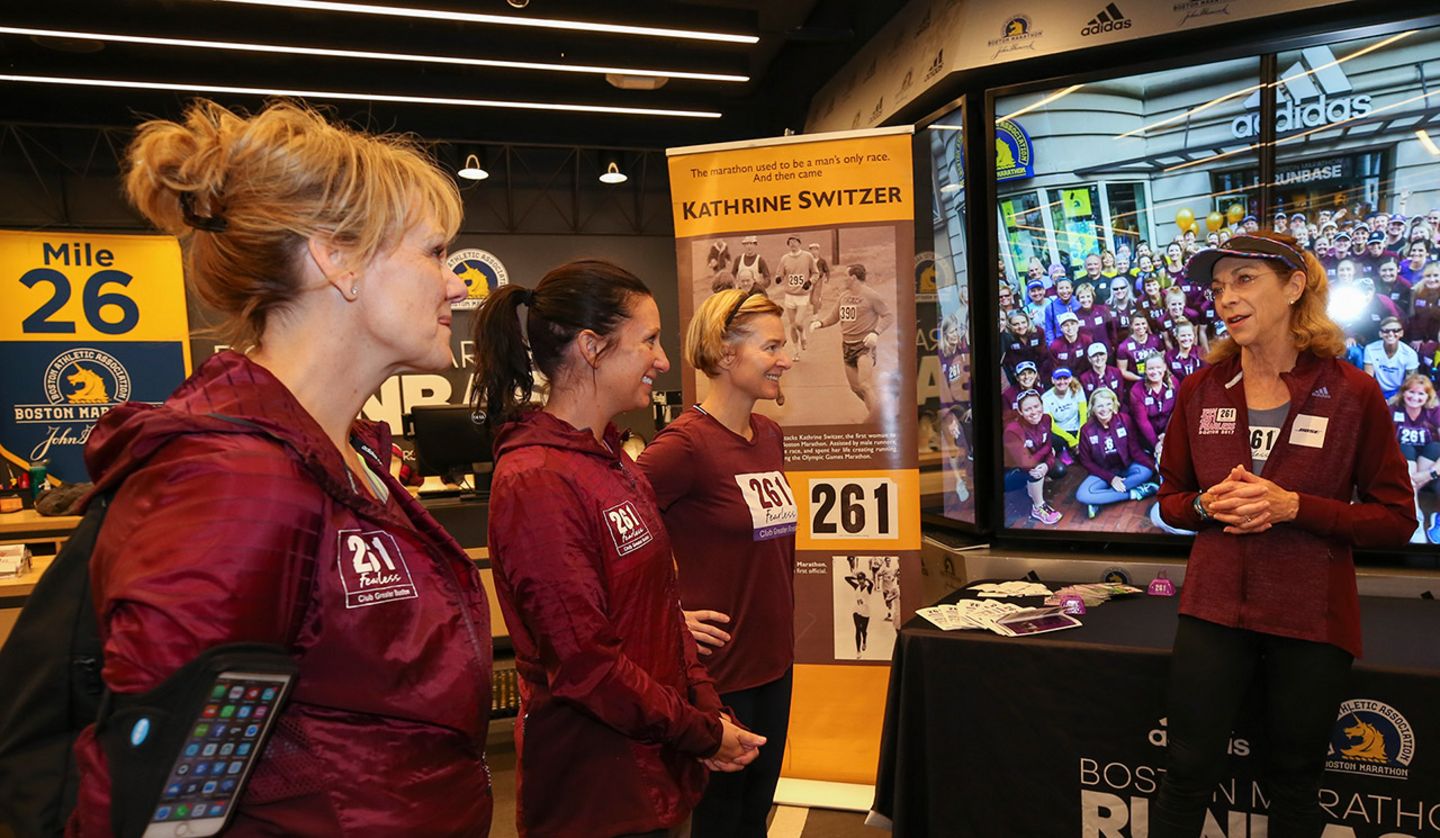 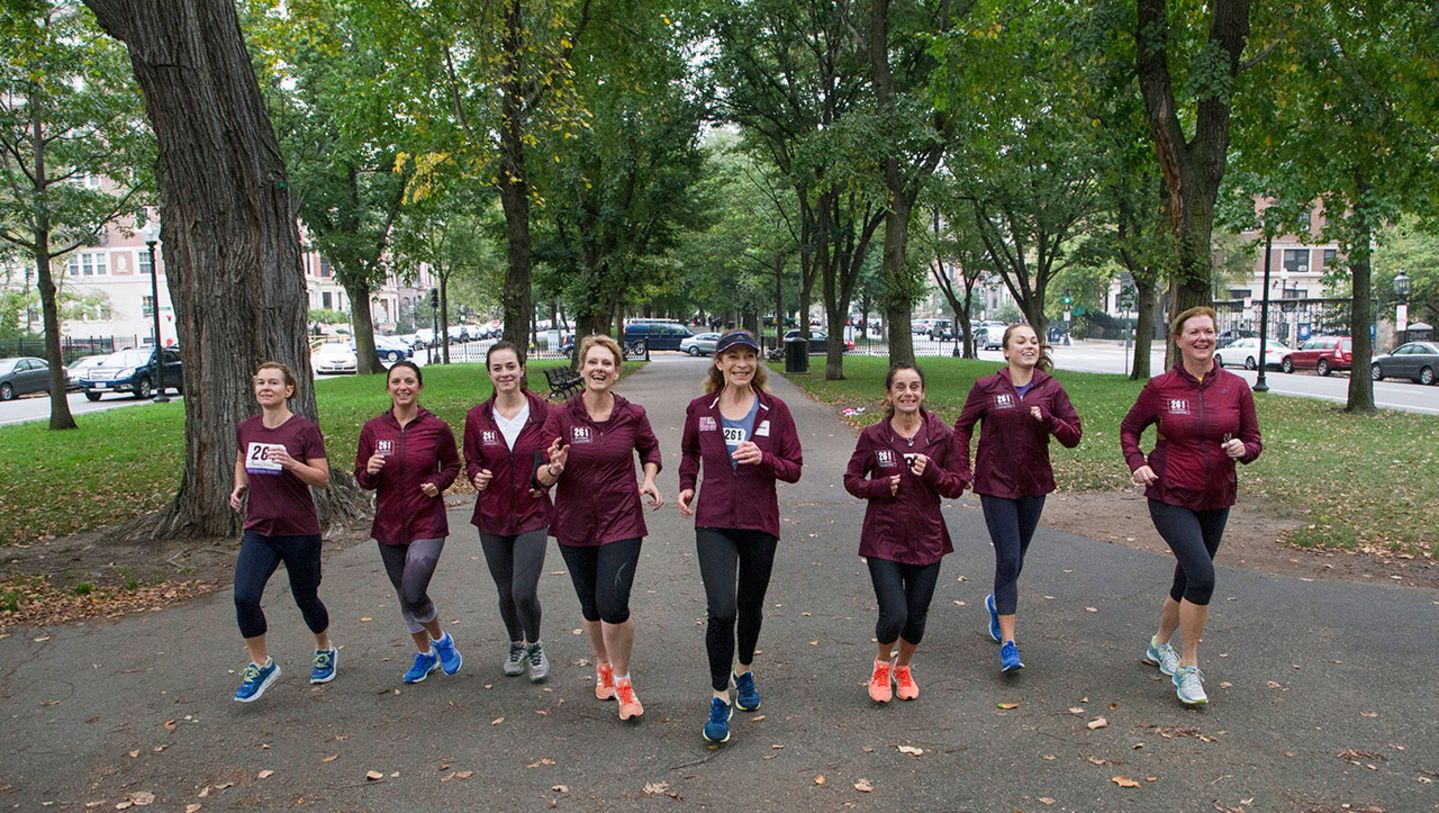 On Sunday morning, it was a short trip out to Hopkinton, Massachusetts - the home town to the starting line of the Boston Marathon - where both Hopkinton and 261 Club members were joined by B.A.A. COO Jack Fleming, B.A.A. President Joann Flaminio, Hopkinton Marathon Committee chair Dorothy Ferriter-Wallace, Hopkinton Selectman Chair John Coutinho and B.A.A. Executive Director Tom Grilk at the event hosted by Tim Kilduff, the chairman of the 26.2 Foundation of Hopkinton. 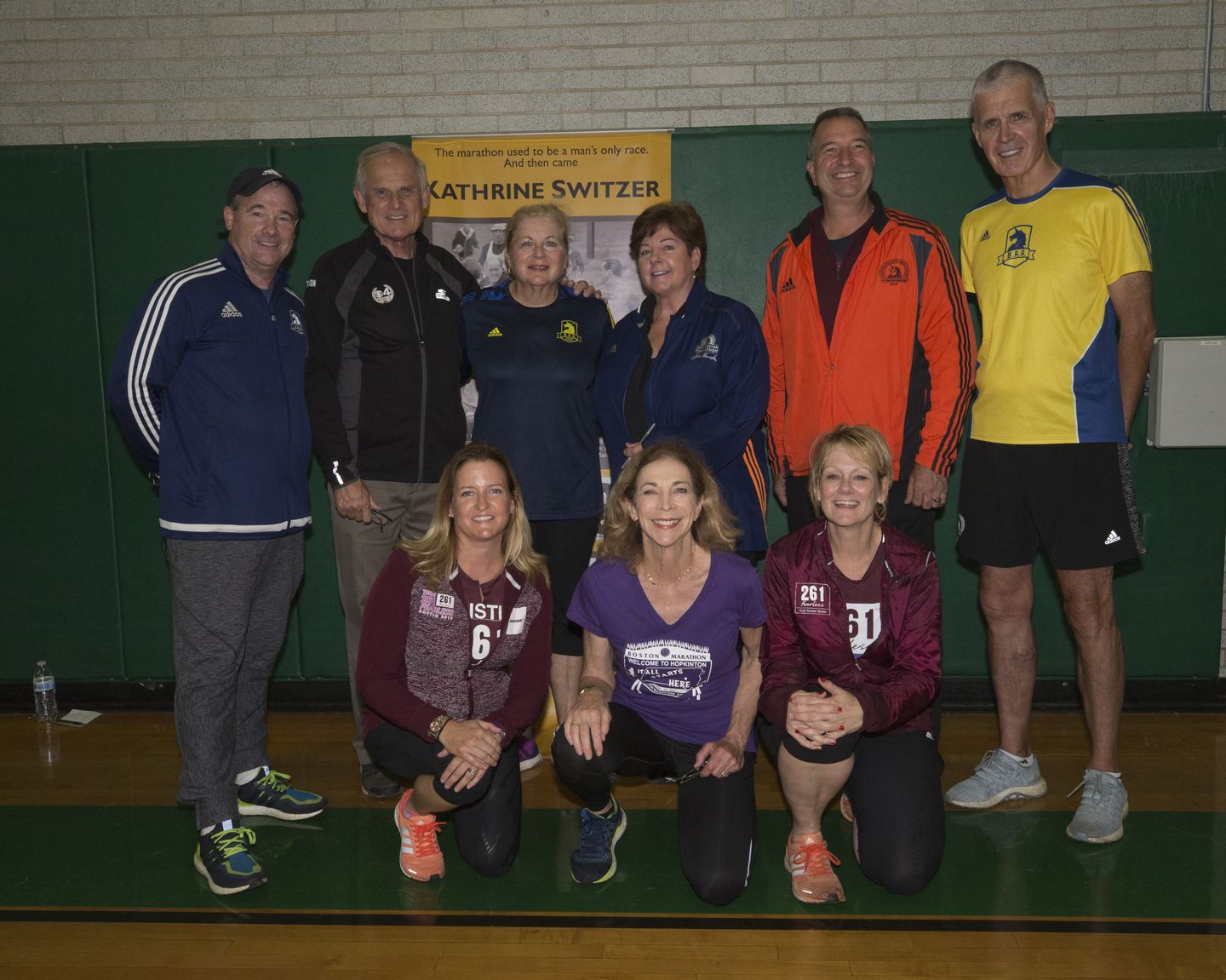 “Hopkinton has long and deep ties to Boston Marathon and Kathrine's story is an important part of that relationship,” said Kilduff. “The entire community was thrilled to support Kathrine and 261 Fearless in 2017 while celebrating the 50th anniversary of her historic run. “I am confident that the warm and genuine connection between Hopkinton and Kathrine will be long lasting,” he added.

Some brief ceremonies and remarks were held with a new race course and beautiful running facilities as the backdrop at Hopkinton Middle School to start the event. Christine Reffel, the 261 Club coach from Hopkinton and her Boston counterpart, Karen Dinger, who welcomed new and prospective members to the club and informally spoke of the goals and benefits of joining with the 261 Club team. Kathrine Switzer ended the ceremonies by giving photos to both the Hopkinton town hall and the Hopkinton High School.

After the remarks, 261 Club members, town officials, B.A.A officials, members of the Hopkinton Girls and Boys cross country teams and Hopkinton residents joined up with Switzer for a mile run. Said Reffel, “The key mission of 261 Fearless is to bring active women from the Boston and Hopkinton area together to create a supportive community to use running as a vehicle to empower and unite women. 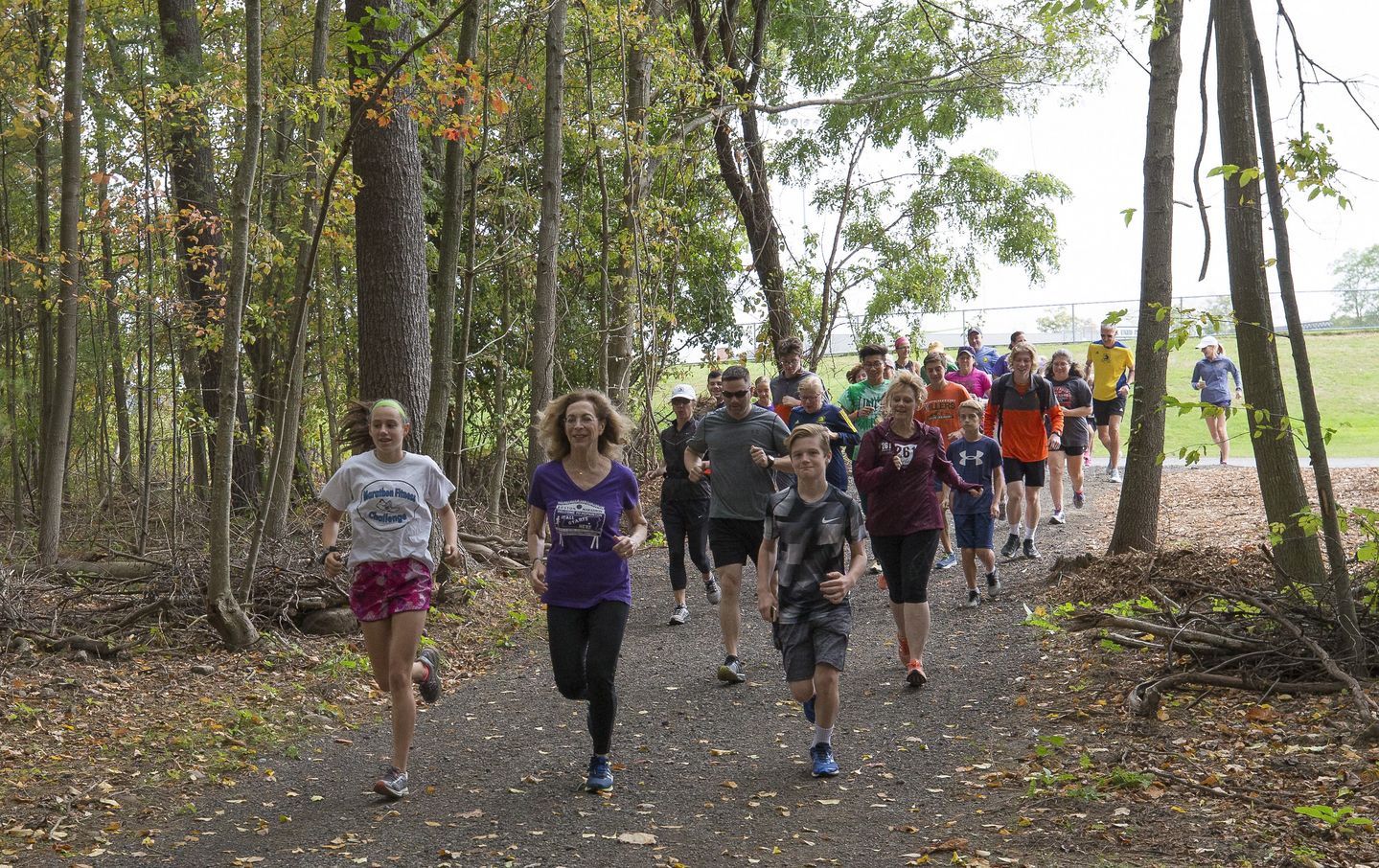 “Through networking opportunities like today, 261 Fearless breaks down barriers and creates a global network for women runners of all abilities, as we support each other and encourage healthy living with a positive sense of self and fearlessness.”

Kathrine summed up her weekend, noting, “It was smiles all around on a glorious weekend in Boston and Hopkinton. “It all starts here, says the sign in Hopkinton’s town square, and it’s where our 261 Club members can start by joining our organization."

“I’d like to thank all those who came out to run with us, with a special note of thanks to everyone at the BAA, adidas Run Base and to Tim Kilduff, our host Sunday in Hopkinton. I’m thrilled with the support and I’m encouraging everyone to join-in with 261 Fearless.”

As you might expect, the greater Boston media were out to cover the activities, with a few media members joining in the fun run.

Take a look at a few: