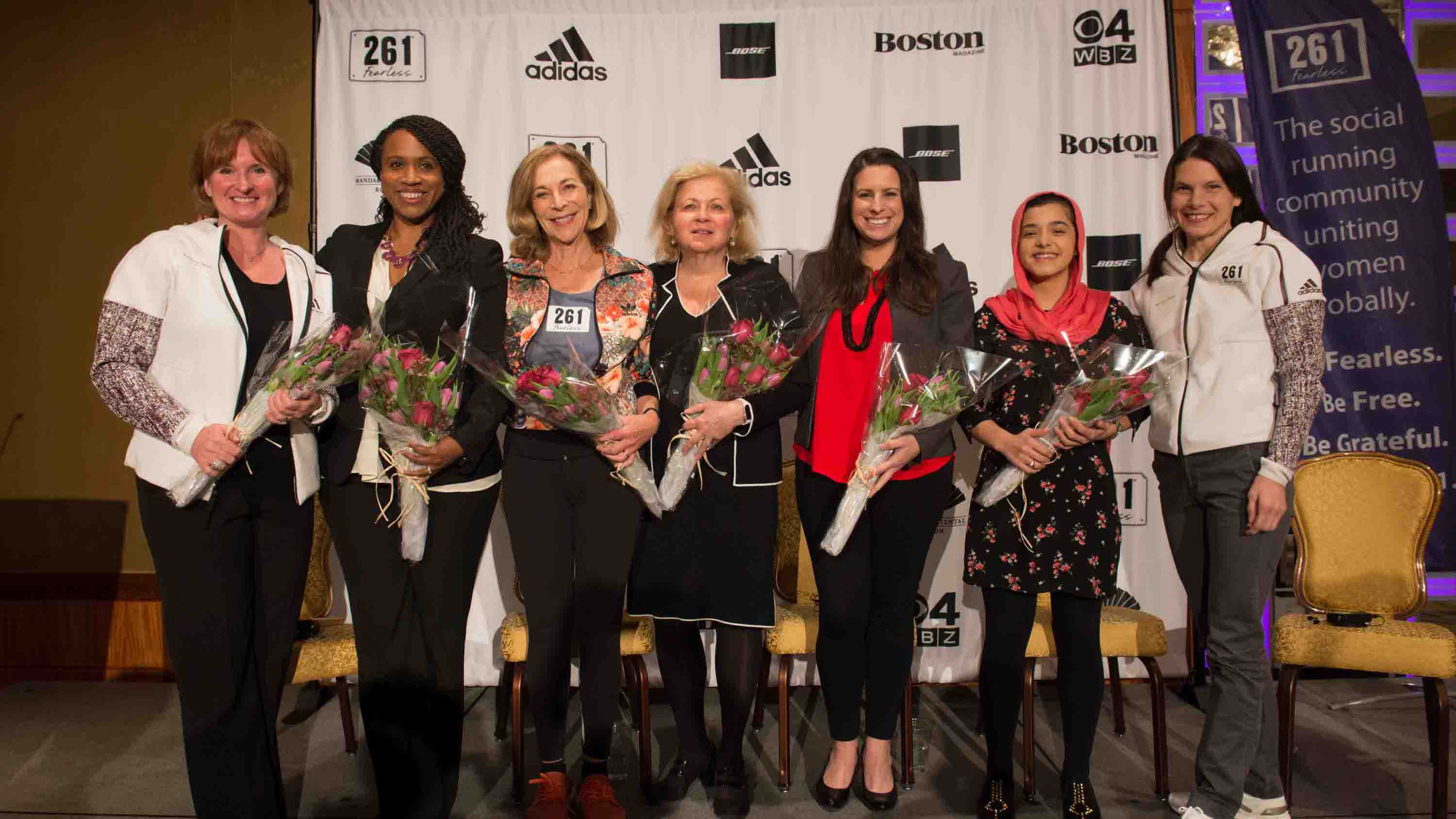 Tracing the brave choices in their pasts and looking toward future revolutions, Five 261 Fearless Game-Changing Women gathered at the Mandarin Oriental Hotel last night to mark International Women’s Day by sharing their stories with invited guests and viewers worldwide via a livestream on CBSBoston.com.

“The sense of spirit was absolutely incredible, not only from the speakers but from the sense of wonder and possibility from the people in the audience,” said Kathrine who was one of the Five 261 Fearless Game-Changing Women on the panel. “I can only imagine what it must have been like for those watching on the livestream, perhaps from places where women still live in fear every day.”

The five women, all of whom overcame gender barriers, prejudice and stereotypes of limitation, shared their stories about the spark that ignited their fearlessness and made them the leaders they are. The interactive evening, during which Boston Magazine posted a live story on Instagram, was presented by 261 Fearless, the global non-profit network of women who use running to empower each other.

The location of Boston and the speakers were chosen in honor of the city and the event—the Boston Marathon—that alerted the world to the power of women’s achievements in the sport of running, which was once the domain of men but which women now largely dominate in the United States.

“With 261 Fearless we want to continue to empower  women through running here in Boston, in Massachusetts, in the United States and beyond,” said Edith. “We hope they get the experience of what it means to feel the power and become game changers in their own lives.”

Maura Healey, the Attorney General of Massachusetts, set the tone for the evening in her opening remarks. Speaking of the Boston Marathon, she said: “One of the things I find so inspiring in that day is that it is both an individual and collective movement and spirit. Every single runner comes with her own story, her own experience, her own motivations, something that brought her to this. Coming together in the collective, that’s how we have power.” 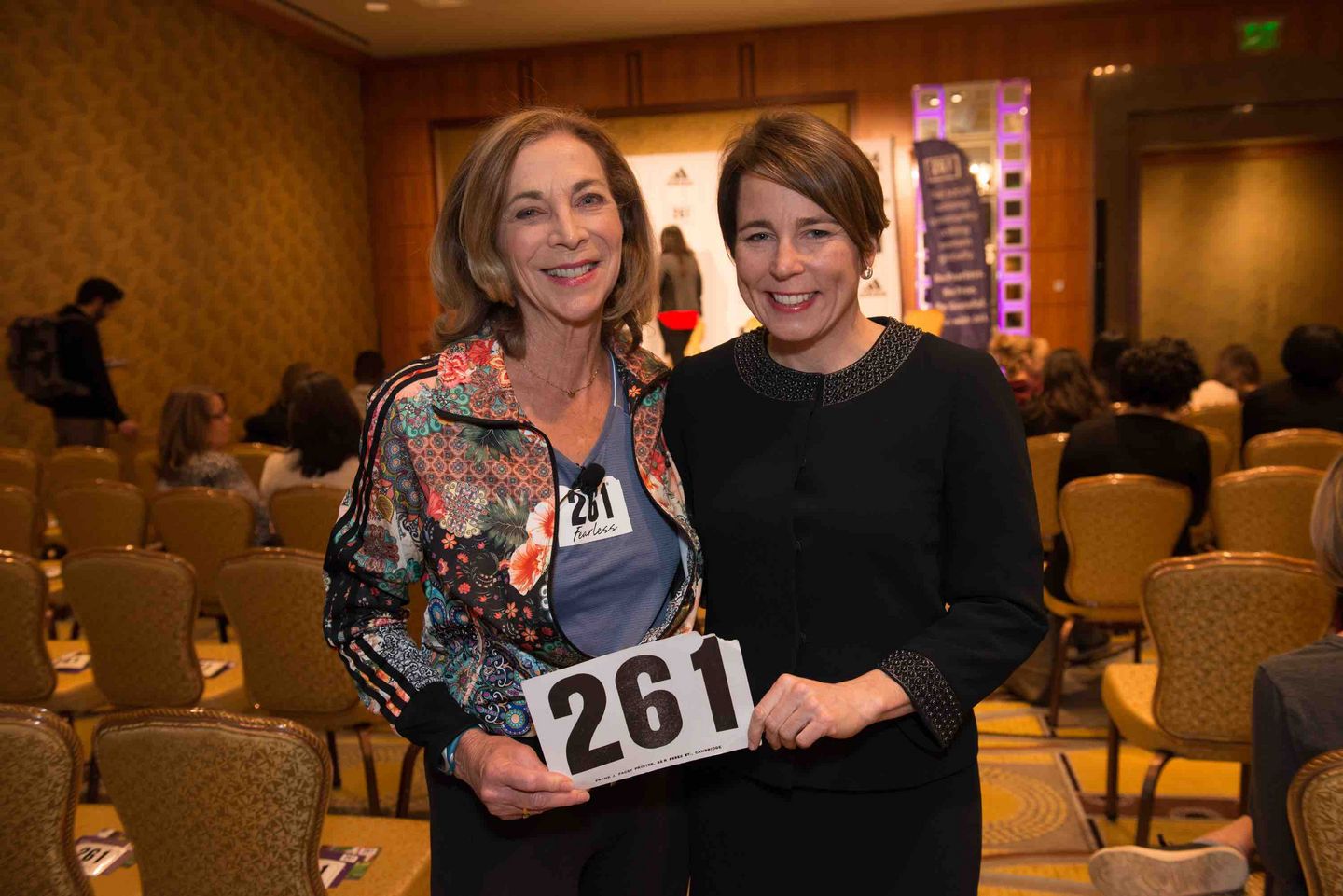 Taking over from Healey was the dynamic panel, which in addition to Kathrine featured:

Ayanna Pressley, the first woman of color elected to the Boston City Council, who is also a candidate for the 7th Congressional District; Joann Flaminio, first woman president of Boston Athletic Association and first 261 Fearless Advocate, which puts on the Boston Marathon; Elizabeth Perry Tirrell, the first Vice President of Athletics for the American Heart Association/American Stroke Association; and Zahra Arabzada, an Afghan student who founded “The Hijabi Runner” blog. 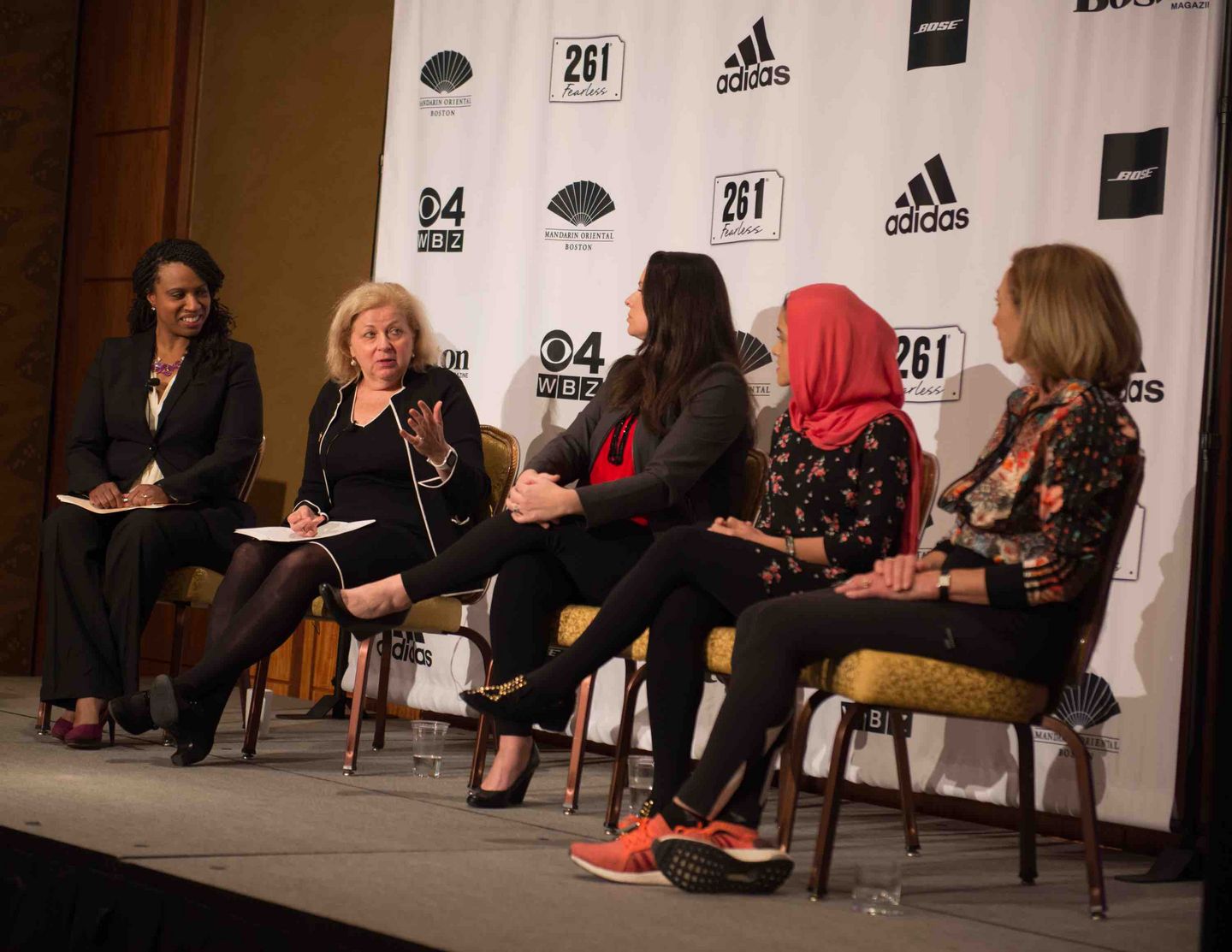 In addition to taking questions from the moderator and audience, each panelist was asked what it takes to become a female game changer. Arabzada, who called leaving her family and coming to the U.S. the most fearless step she has ever taken, spoke of the struggling with blisters during her first ultramarathon but deciding not to quit.

“It taught me so much about myself,” she said. “You can only know it when you’re going through it.” Afterward, she received a message from her sister, a lawyer in Afghanistan, that in honor of Arabzada’s finish she had purchased a treadmill. “It really hit me that for my sister running outside is a dream, and it’s something I get to experience every morning … and it was also a reminder of the long path I have to go, for the things I want my sister and other Afghan women to experience.” 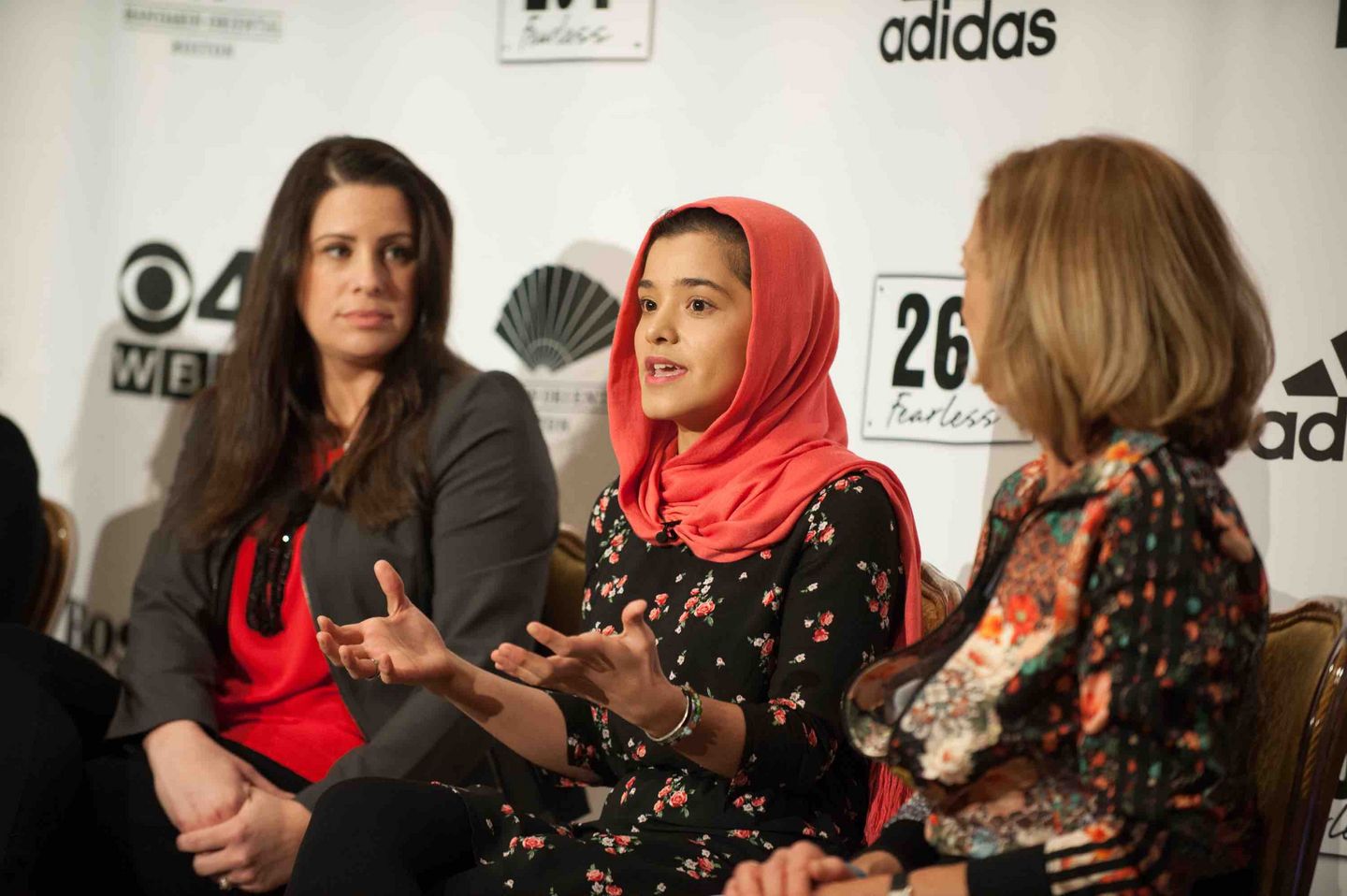 “I don’t think that warrior women are even aware that they’re warriors,” said Ayanna Pressley. “It’s about a braver and deeper love, a passion and compelling for something.”

In summing up the evening, Kathrine said that “every woman up on stage contributed a dimension that was inspiring, sometimes shocking, and definitely eye-opening. “As young Zahra reminded us, it is possible to overcome even the worst circumstances to triumph, have a vision, and be a game changer.”