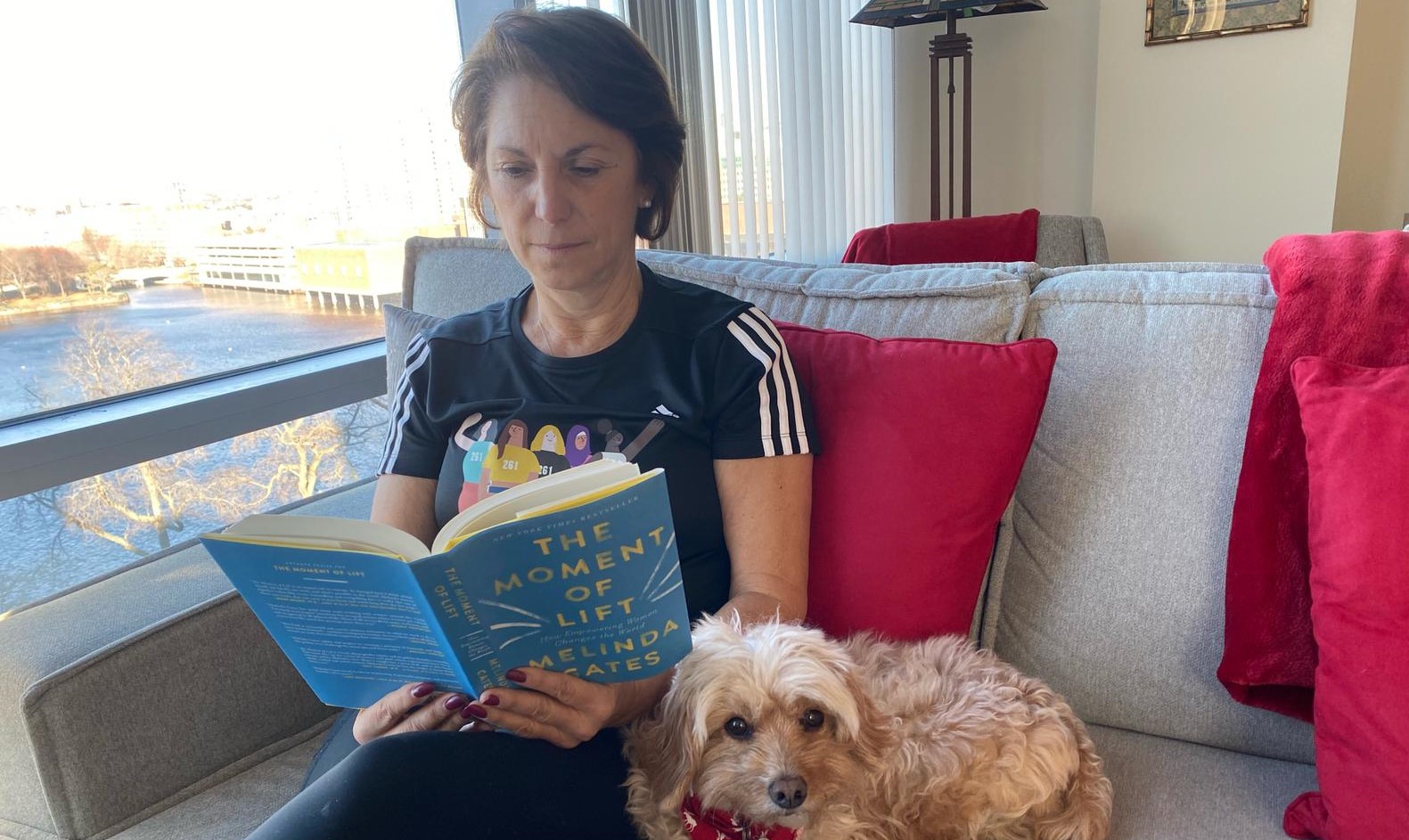 Our 261 Fearless Inc. team has some inspiring reading tips for you to enjoy over the holidays!

The Moment of Lift – Melinda Gates

She advocates for women globally and believes that if women lift each other up, the whole society is going to win. In her book, Melinda Gates gives us examples of how women around the world and she herself is putting that into practice!

Based on science, Wendy Woods explains how we can develop good habits and get rid of bad ones. Furthermore, this book is a great guideline for Club Directors to understand their members better and support them to make running a daily and enjoyable habit.

Unbowed is the autobiography of Wangari Maathai, a Kenyan activist and politician. She stood up for women’s rights and gender equality to eradicate the devastation of the environment in Kenya. Through empowering women and turning them into decision makers, Wangari Maathai believes to make a broader impact that positively affects the environment. As a political activist, Maathai occupied parks in Nairobi, initiated the plantation of millions of trees and empowered women in their local communities. To me, it is encouraging to see a woman who had so many setbacks still believe in her mission and continue.

Feel the fear and do it anyway’ by Susan Jeffers

As we help women to move from being full of fear to being fearless it’s really important to understand what fear is and how it manifests itself in our lives. This is a self improvement book with really useful tips and advice to help the reader look at fear from a very different perspective. Learning that there really is nothing to fear and that being fearful boils down to having a lack of trust in ourselves it becomes much easier to see how we can seize opportunities and live a freer life. I really found it useful and think other coaches might too.

It's the real life story of Bryony Gordon and her journey to go from non-runner to London Marathon runner. In doing so she partnered with Price William and Prince Harry in the Heads Together mental health campaign. It is an honest, heart-warming, inspiring story.

This booked really opened my eyes to the possibility that it is OK to be vulnerable and vulnerable is different to weakness, in fact the opposite.

It is a romantic story about the spiritual and physical journey of Elizabeth to find herself again after a bitter divorce. This book was so easy to read, I struggled to out it down.

The Marriage of Opposites by Alice Hoffman

A love story that captures the lives of women and their families set on the Island of St. Thomas and in later years in Paris. The book spans three generations and demonstrates the struggles and conflicts the women encounter with issues such as gender, race, religion and ethics during the colonial era.

The story of a young African woman who leaves her home in Nigeria to attend college in the United States and then begin her career. She starts a blog where she challenges what other Americans and Black Americans think about “black women” and African people. The book traces her life in both countries and how she becomes a successful woman in the US and Nigeria.

Quiet: The Power of Introverts in a World That Can't Stop Talking by Susan Cain

The concept of introverts and extroverts has really come into the forefront of society in the last few years. We even touch on it in Train the Trainer. This book helped when I was an engineering manager struggling to not get lost in meetings full of men. She doesn't bash extroverts or poke fun at introverts. She shares strategies to excel and provides insight into ways introversion can be an asset.

I love historical fiction, and this book combines history, running and a truly fearless woman! “Runner Girl” by Carrie Snyder, is a novel that tells the story of Aganetha Smart, a 104 year old woman in a nursing home. But she wasn’t alway a frail elderly woman - she made history in the running world and broke huge barriers in women’s running in 1928. Aganetha is approached by two reporters who are making a film about female athletes. She tells the story of her life as a young female runner pursuing a Gold Medal in athletics in the 1928 Olympics. But the story is not just about her athleticism, it’s about her life as a young woman, overcoming obstacles, tragedy and secrets - and how running helped her escape the life she longed to leave behind. Though the story is fictional, it is based on a group of Canadian female athletes called the Matchless Six that dominated the Track and Field events of the 1928 Olympics - the first time women were allowed to compete in Track and Field at the Olympic level.
It’s a book that will both inspire and move you.

When Running Made History by Roger Robinson

The best running book in the world is When Running Made History, by Roger Robinson. This is not just my opinion, but that of several running writers around the world, many of whom we all know, like Amby Burfoot. This is a book that shows how what we love doing most, what has changed our lives so fundamentally–running!– also captures major moments in history and shows their significance in a personal, inclusive and poignant perspective that we can all relate to. The reunification of Germany in the Berlin Marathon, the day we ran when the Twin Towers of New York fell, the emergence of women in one of the first globally televised marathons…I could not put this book down and I've read it three times. Robinson makes every word count. Full disclosure; I'm married to the author. But I always tell the truth and that's what makes the book even better.

Maxton Hall, Mona Kasten (Save you, Save me, Save us)

As this is a really difficult time and everyday life is full of work and/or studying, but you cannot go out a lot and do fun things such as meeting your friends, travelling and enjoying life, I really like to flee the daily routine with a good novel. I am always sad when a good book is over too fast so I am really into book series where you can look forward to the next book and the great story is not over that fast. My recommendation is the book series with the first novel called “Save you” from Mona Kasten. It is perfect for turning all your thoughts off and dive into another world.