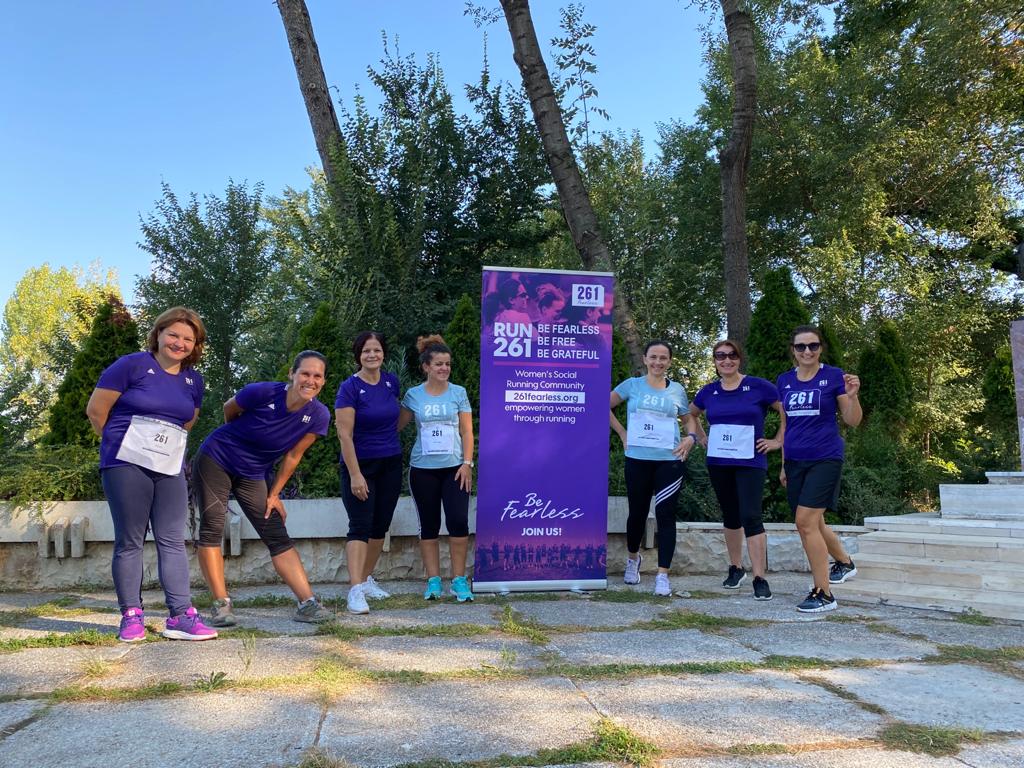 LIFTING EACH OTHER UP - TO LEAD!

Setting up a local 261 Club is a journey full of joy, but it also takes a whole lot of endurance. A 261 Club is a local, independent non-profit organization under the umbrella of the 261 Fearless Club Network. Bruna, 261 Club Director of 261 Club Albania, tells her story of how she lifted and was lifted through the club.

It’s a long way from the idea of starting a 261 Club to establishing and running it – but with the continuing support from 261 Fearless Inc., the journey becomes a bit shorter. Bruna started 261 Club Albania to provide women with regular “me time” where they take care of themselves and their own needs. Together with her team of 261 Coaches and colleagues who supported her, Bruna completed the necessary research and steps to officially set up the Club. And the 261 Fearless Team was always at her side, with the initial Club director training, and continues to be with ongoing mentorship. Today, women run in weekly meet runs in two different locations in Albania. Bruna has learned a lot along the way. Being a 261 Club Director helped her far beyond 261 in her personal life:

The benefit I enjoy most is connecting with so many wonderful and inspiring women around the world who serve as Club Directors in their country. This global community is especially empowering considering the fact that it is hard to find such role models in my country at a time when, as a result of a prolonged transition period, values have been challenged and we are struggling for a moral compass.

Over the years, 261 Club Albania has grown and attracted new 261 Coaches and members from different countries and backgrounds. Together, they’ve built a community of women who are there for each other, support each other, and lift each other up. Through moving and being active together, they forge unbreakable bonds that make each of them stronger – at the meet run and beyond!

Do you want to be part of a women’s network to lift and be lifted up? Join one of the local 261 Clubs and be part of the community!