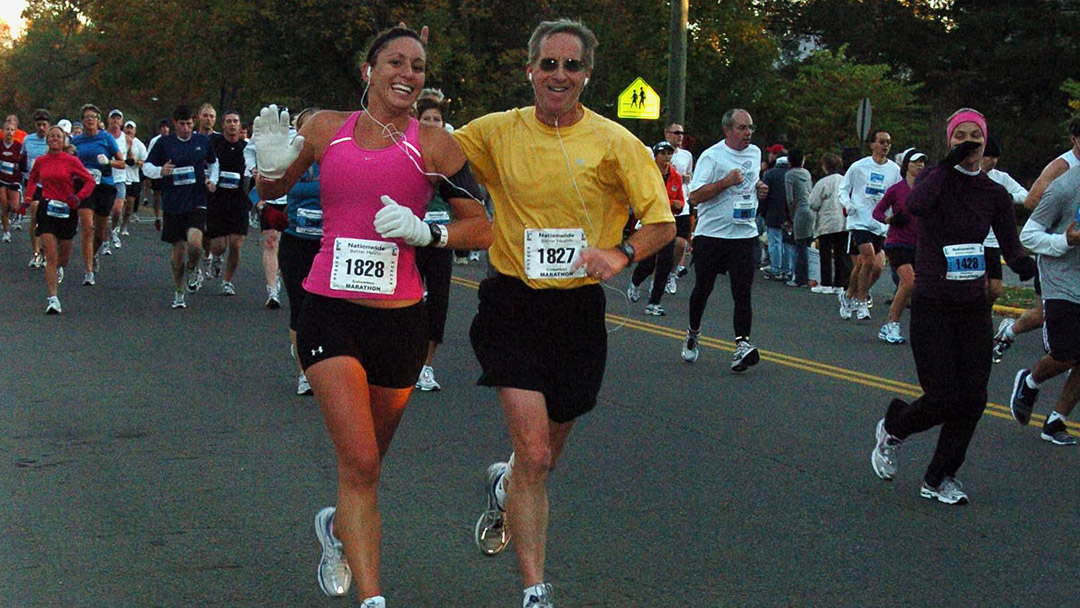 Behind every runner is a story. Why did that person start running? What motivates them? What are their running goals?

Our 261 Fearless team for the 2018 Boston Marathon is no exception and we are inviting our team members to share their running stories. Today we'd like to introduce you to Caroline Keating who has a very special reason for running Boston, to honor her father...

How did you learn about 261 Fearless?

I was in Boston last year watching my boyfriend, Doug, run Boston for the third time.  I remember seeing all the news about 261 and the anniversary of Katherine’s race.  It was inspiring to hear the story and then see so many female runners out on the course.

Growing up my dad always made sure my sister and I had the same opportunities as my brothers in life, but especially in sports.  About ten years ago, I watched my dad work with the University of Cincinnati and Xavier University to properly give the women who competed in sports (prior to Title 9) varsity letters (these are awards earned for excellence in school activities in the United States).  I cannot think of a better way to keep my dad’s legacy alive, while also crossing a dream off my bucket list.

What makes you Fearless?

Growing up I used to ride my bike with my dad as he trained for his marathons.  He qualified and ran Boston in 1995. After I graduated from college, he put the idea in my head to train and try to qualify for Boston. I ran my first marathon in 2008 with my dad. For years, he kept pushing me to get my BQ (Boston Qualifier time). I kept running and getting faster, but never reached that BQ. In August of 2016, he was diagnosed with Brain Cancer. A few weeks after his diagnosis, I went out to qualify again and failed.  I was devastated. I came home and my dad said to me, “Well, I was going to give you my Boston Marathon jacket, but you just aren’t fast enough.” He made me laugh. I told him that I was going to train harder than I ever had, while he was fighting cancer and I would run our hometown marathon in May and qualify, he would be there to see it.  I trained and he got treatment. In March, we found out his treatment wasn’t working and he moved under hospice care. I kept running, and he kept pushing me. Five weeks before my marathon, he passed away. And I kept running. I knew he would want me to keep running. On May 7, 2017, I ran the Flying Pig Marathon with my biggest fan watching from heaven. I crossed the finish line as a Boston Qualifier.  Boston was something I wanted to do for my dad, and I can’t think of a better way to honor him than to continue his pursuit of woman’s sports.  Running was something that my dad got me into years ago, but this past year it helped me heal and taught me that I could keep moving forward. 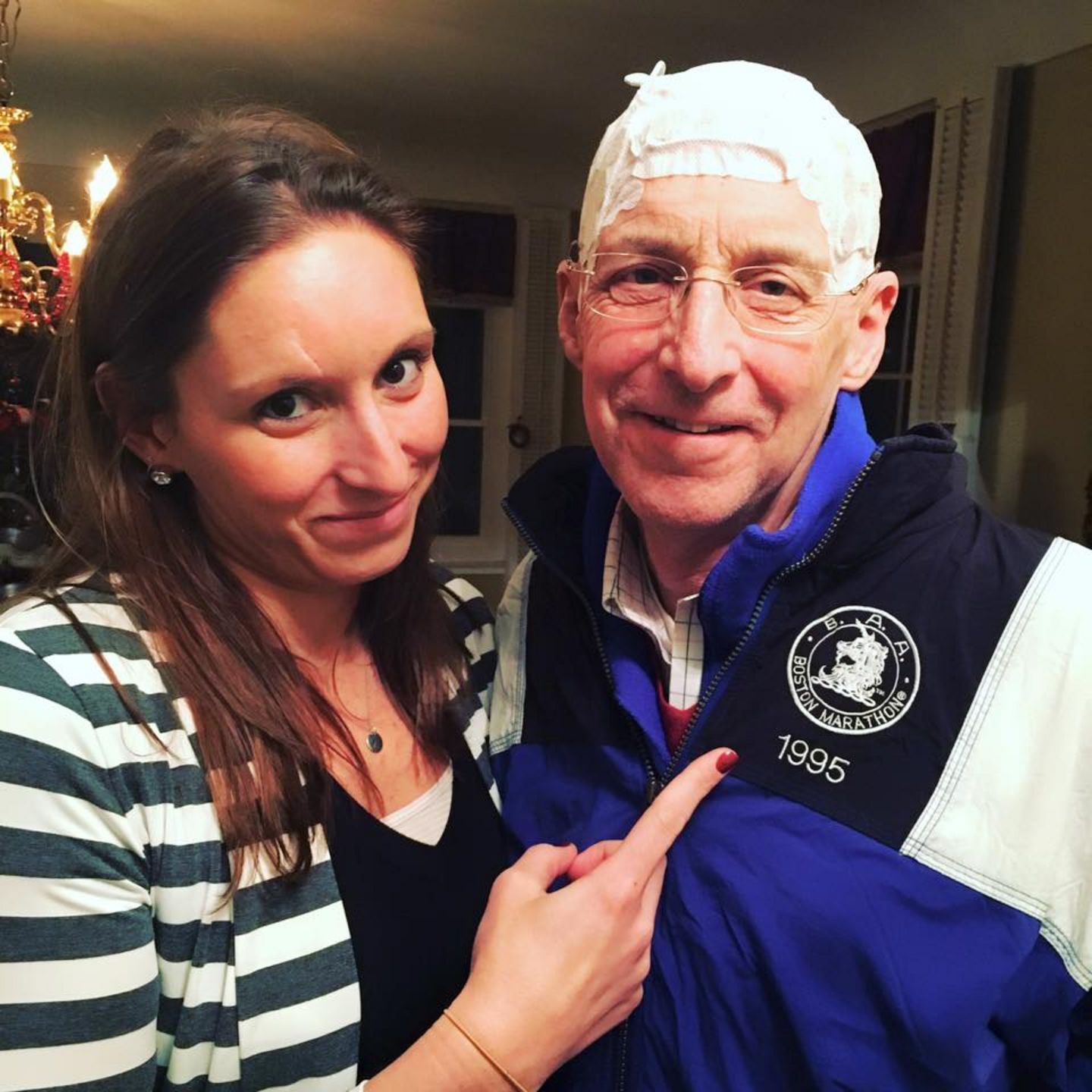 What are you most excited about when it comes to the Boston Marathon?

The tradition. I’ve had this goal in my head for so long, and to finally get the jacket and toe the line gives me butterflies. The fact that I get to run this historical race while empowering other female runners is truly a blessing.

Share a fact or a story all about you?

We never had a dog when I was growing up, even though I always begged my parents. As soon as I graduated from college and got my own house I bought a dog. My greyhound, Albert, completely changed my life. He is the best running partner. He volunteers with me at Cincinnati Children’s Hospital.  And three years ago we ran a half marathon together – he was the top dog… literally, we have an award as he was the first dog to cross the finish line, he had his own bib and clip. I might be a crazy dog lady… 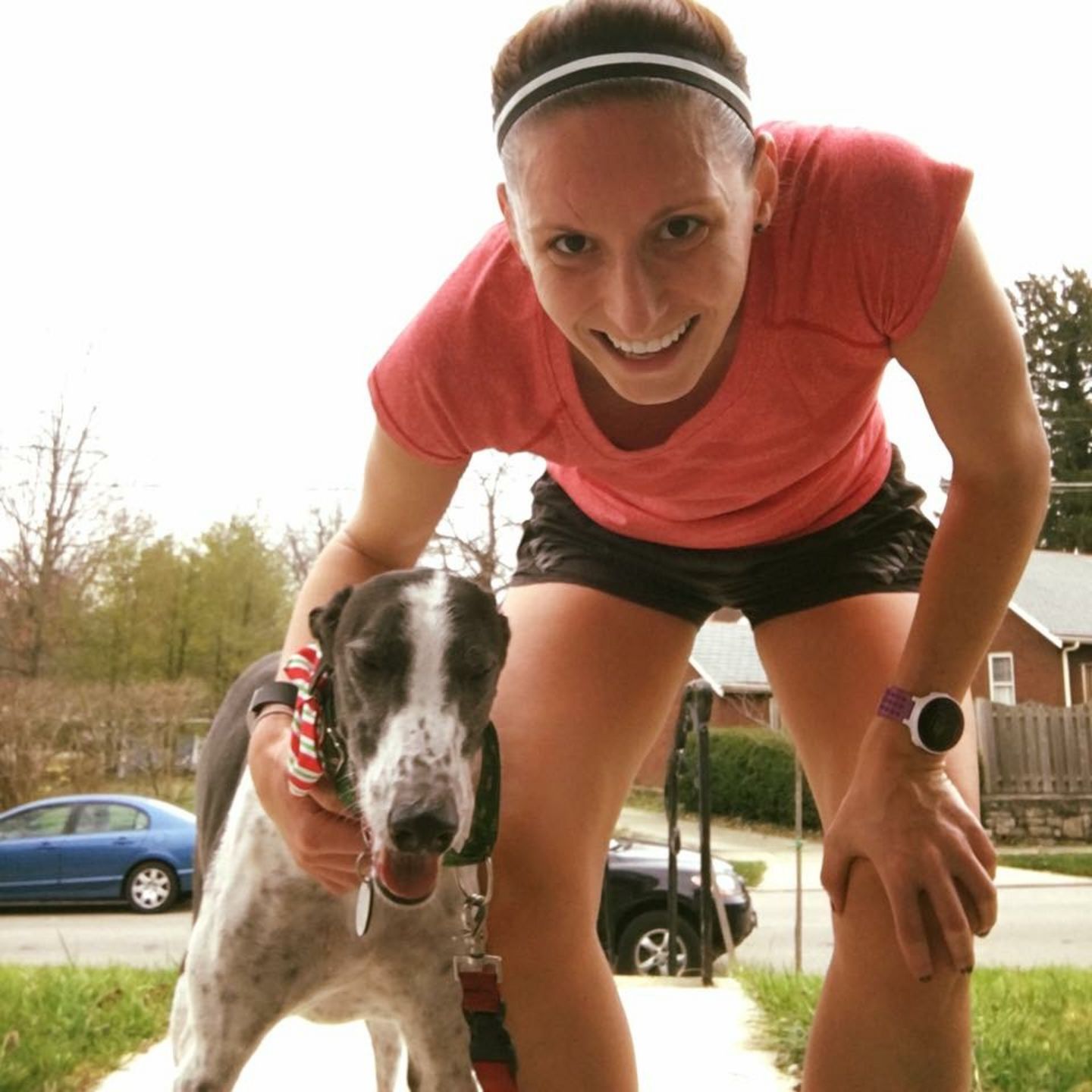