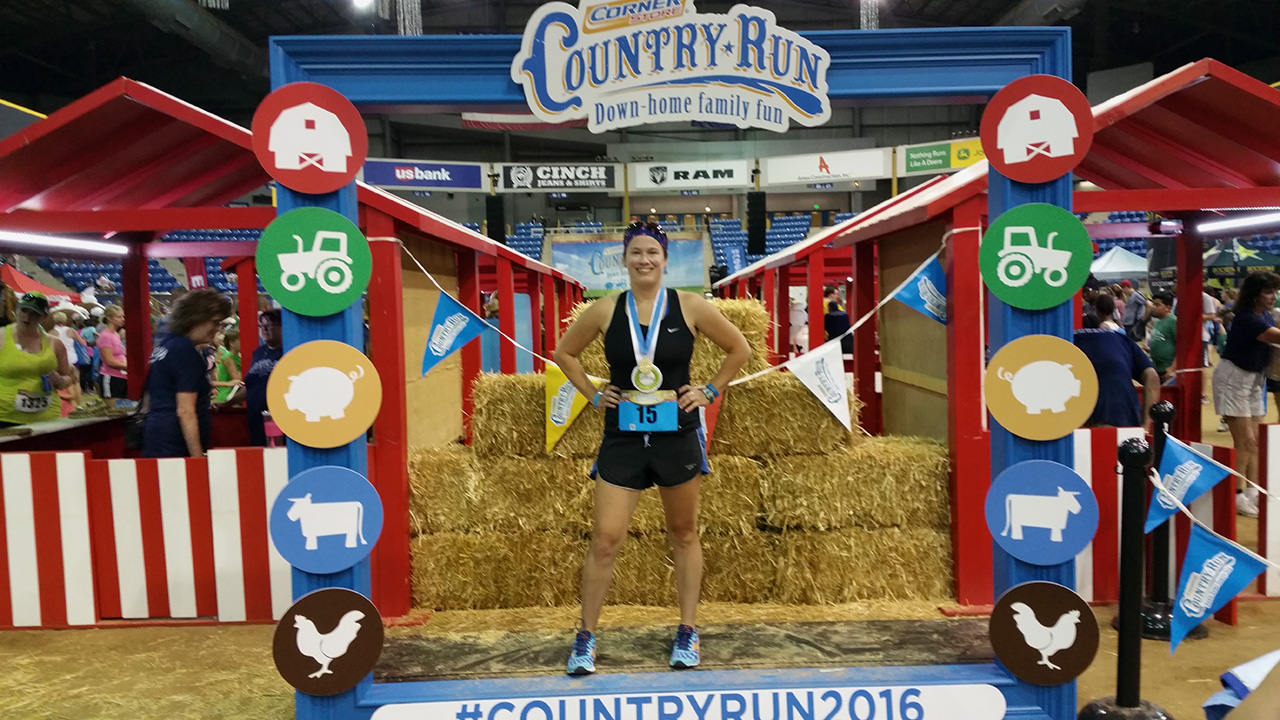 "When I cross the Boston Marathon finish line, that will be for both me and my dad" Kirsty Bullis tells us about why she chose to run for 261 Fearless in Boston and how the finish will be an emotional one for her.

How did you learn about 261 Fearless?

I learned about 261 Fearless at the Rock N Roll Chicago Half Marathon where I met Katherine for the first time.

I have qualified for Boston on my own a few times, never made the time cut offs though. I've always liked the idea of running with a team and for charity, however, I didn't want to run with a random charity that meant nothing to me. I wanted to find a group to run with and charity to support that is close to my heart and fits my personality. 261 Fearless fit the bill perfectly. Boston is the be all and end all of running to me, I want it to be an amazing experience, and I feel like being with 261 Fearless is only going to make my first Boston more special.

What makes you Fearless?

Trying not to sound like a sob story here….but…I have experienced a lot of loss in my life. My dad died at the age of 62 in 2012, and my husband died at the age of 37 in 2014. That was a shock on both accounts and a struggle to come back from. But I survived. Running helped me heal a lot. I had to keep going for both my own sake and the sake of my mother (who will be coming to watch in Boston). In the past, I had always considered myself a strong person, but I never knew how strong I was until I was so tested over those years.

What are you most excited about when it comes to the Boston Marathon?

Boston is the Kentucky Derby of Marathons. I've been wanting to run that race since I began running. I'm a very driven person, before I even ran my first half marathon Boston was on my mind as the eventual goal. It's the peak of our sport, and I love its history. I have always looked up to the runners who have run Boston. Apart from that, before my dad died, he once told me that he felt like he was in a race, and couldn't reach the finish. Boston is the biggest and best finish line in the world. And when I cross the Boston Marathon finish line, that will be for both me and my dad. And….since I have horses, I gotta say I love the Boston Unicorn!

What is your claim to fame or something unusual about you?

I grew up showing and racing horses, I feel like that helped set the clock in my head that made me fall in love with running. I still have my own horse, an ex-racing Quarter Horse mare named Scoot. She is fearless too! I have also witnessed every Kentucky Derby since 1988.

I am half British. My mum is a Brit, my dad was an American. All of my mum's family still live in England, she was the only one who came over.

I am also the only one in my family who is a runner.