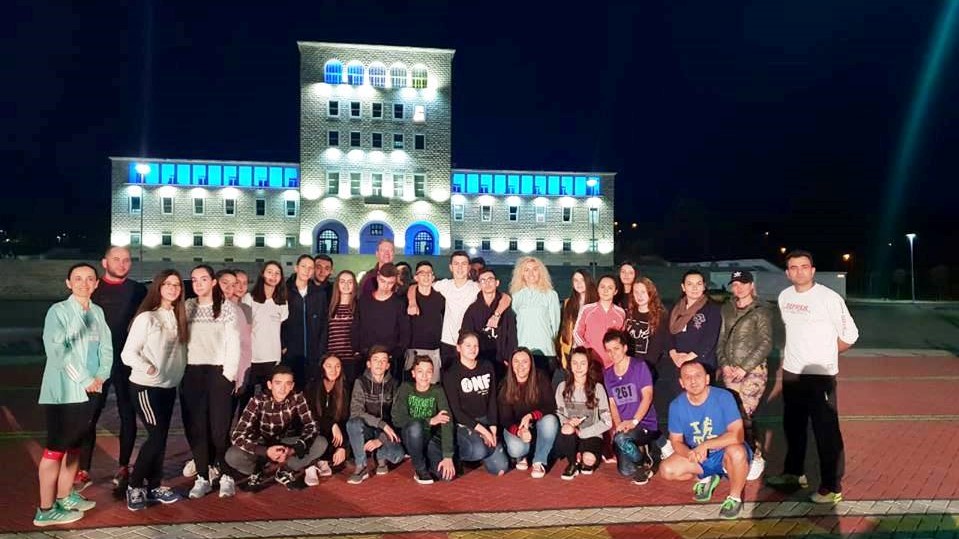 Run the World in Tirana

The 261 Club Tirana was running for a healthy life together with Dan Thompson as part of the Run the World challenge.

261 Club Tirana found a message from Dan Thompson on their facebook page. He was to run 10k in the city of Tirana as the 157th country in his Run the World challenge. Brunilda and Mimoza, our 261 Coaches in Albania were immediately curious about it. What is Run the World? Who is Dan Thompson?

The British sportsman Dan took the challenge to run 10 kilometers in each country of the world as a campaign to raise awareness for the benefits of leading a healthy lifestyle. Before coming to Albania he had already run  in 156 countries - incredible! Our two 261 Coaches were impressed by his unusual challenge, therefore the 261 Club in Tirana helped to raise awareness about the event.

In a local school, the Mihal Grameno school, Dan spoke to the young boys and girls about the importance of a healthy lifestyle. Da lost his mother due to cancer and had an operation himself to remove a tumor in his face. He now wants to show the students how being active and healthy can help you. Dan summarised it in one word - BEANS.

No sweets (well not too many!)

After his speech, the women and girls from the 261 Club Tirana met at Mother Theresa Square to join Dan in his 10k run. Also the students from Mihal Gramno school joined the run to support Dan's cause. A mixed group of different age, gender and backgrounds was united to promote a healthy and active lifestyle - what a great experience!

Interested in becoming involved with a 261 Fearless club? Visit our clubs page to find the club nearest you, and if you are interested in leading a club in your area we'd love to hear from you!