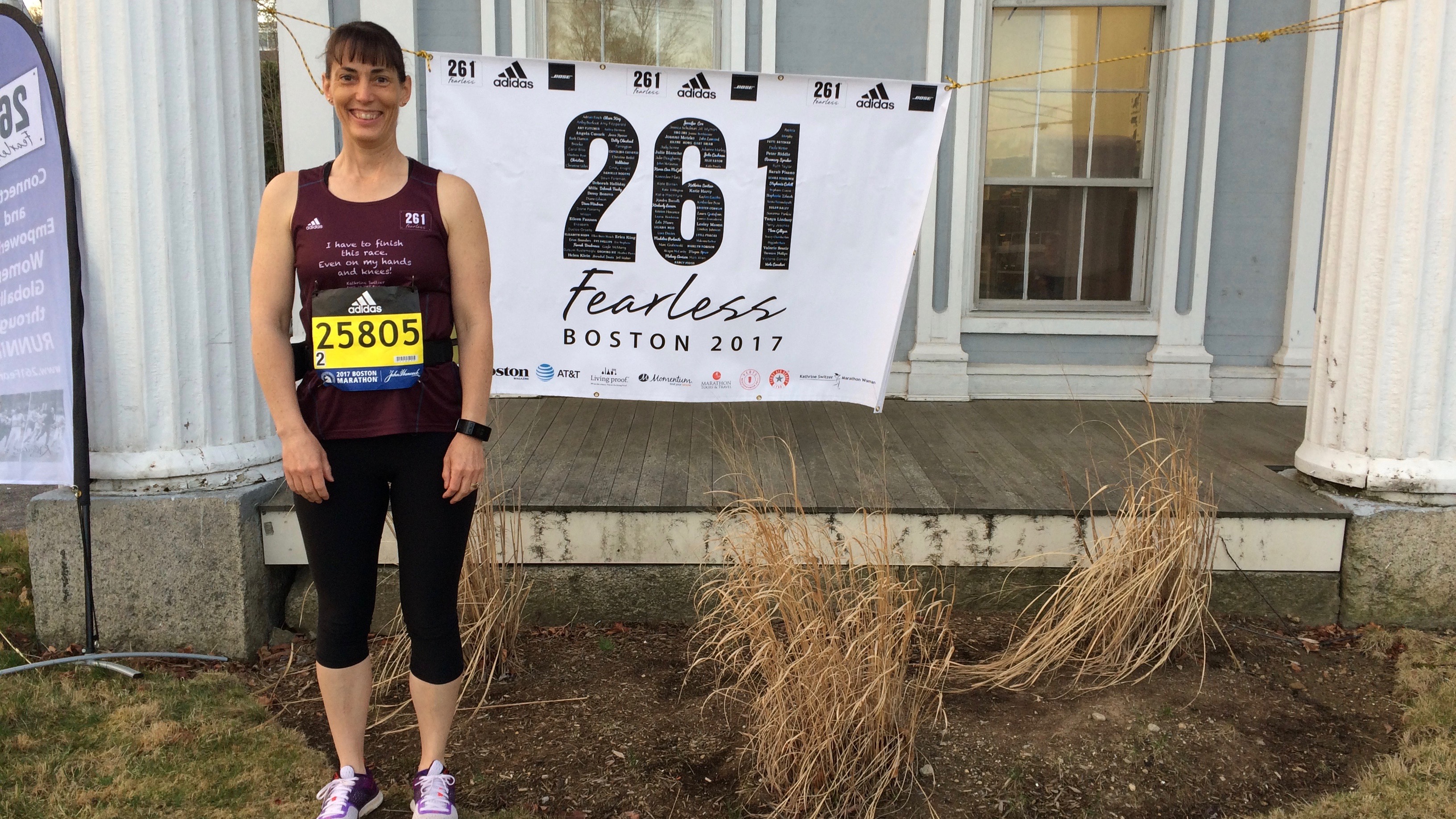 “I am a determined person. When someone tells me that I can’t do something, it makes me determined enough to prove them wrong.”

I am a mother of three teenage children: two boys and a girl. They have kept me very busy over the years, especially since my husband works three weeks of the month away from home, so it feels like I am a single parent! We live on a quarter-section outside the village of Marwayne, Alberta. I love the country!

I have been teaching for 26 years. I am currently teaching a split grade ¾ class in Dewberry School and I am also the Cross Country coach for grades 4-12! I was nominated as Cross Country coach after running my first half-marathon and I was so honored to be considered! I am the leader of the 261 Fearless club in Lloydminster and in my leisure time I like to write poetry, I have actually had two poems published in different anthologies.

I was not an athletic student when I was in school. When I did try to be a part of a volleyball or basketball team, I was intimidated not only by the 'perfect athletes' but also by the male teachers, who either laughed at my non-existent skills or benched me because I lacked these skills. In either situation, these teachers never took it upon themselves to help me improve. I was in junior high when I realized that I enjoyed long distance running and that I was actually not too bad at it. I eventually joined the Cross Country team in high school. Unfortunately, our spring season was incredibly short and we usually only participated in two races. Once I caught the running bug, I could hardly wait until the snow melted to begin my daily one mile run after school. I tried to run or bike every day until the snow flew again in the autumn. It never occurred to me to run in the winter. Thinking back on that makes me laugh, now, as I have trained in some pretty harsh conditions in recent years. Although one of these running sessions in cold weather gave me a frost-bite on the tip of my nose and turned me into the 10th reindeer. It took several weeks to heal and even now, when it gets cold or I get too much sun, the tip shines, just like Rudolph.

When I left home for university, running kind of disappeared from my life for many years but it was always in the back of my mind. I took up running again only about seven years ago. I was dealing with a lot of issues in my life as a wife, mother of three and a teacher that eventually led to some emotional and health problems. Because I am a very private person I do not air my stresses to others and this magnified to the point where I battled daily headaches that would not go away. When I decided to make running a priority in my life, I realized that although my problems did not go away, I was better able to handle these stresses. After a while, my headaches actually disappeared and I wasn’t needing to rely on medication anymore. It was at this point that I realized I needed running to be a part of my life and that I was a better person when I did run. Now, I can’t imagine my life without it and I have met people who inspire me, like my co-worker’s dad who is still running marathons at age 71 and qualified for the Boston marathon in 2018!

I am a determined person. When someone tells me that I can’t do something, it makes me determined enough to prove them wrong. This determination has been the catapult to many of the successes in my life. I don’t believe anyone has the right to tell others that they are not good enough. This is the driving force in my life and as a parent and teacher I never tell others they can’t do something. In fact, I tell them that in my world the word 'can’t' doesn’t exist. That’s why one of my favorite racing courses was a local event, the Arm Lake Trail Run. It is not necessarily a fun race but it is quite a challenging race. I keep going back because I know there’s always room for improvement. It’s one of those trails, if it doesn’t kill you it will make you stronger!

261 Fearless has changed my life. Following the amazing accomplishments of Kathrine Switzer made me realize what an important role she played in the advancement of women in sports. I valued her vision and saw the impact she had on empowering women. I have had the opportunity to connect with other 261 Fearless women across the globe, over the last two years and experienced the power of women supporting women. It is an amazing feeling! I am honored to be a 261 Fearless club leader and coach and be able to continue on her mission, it means a lot to “carry the torch” to the next group of women.