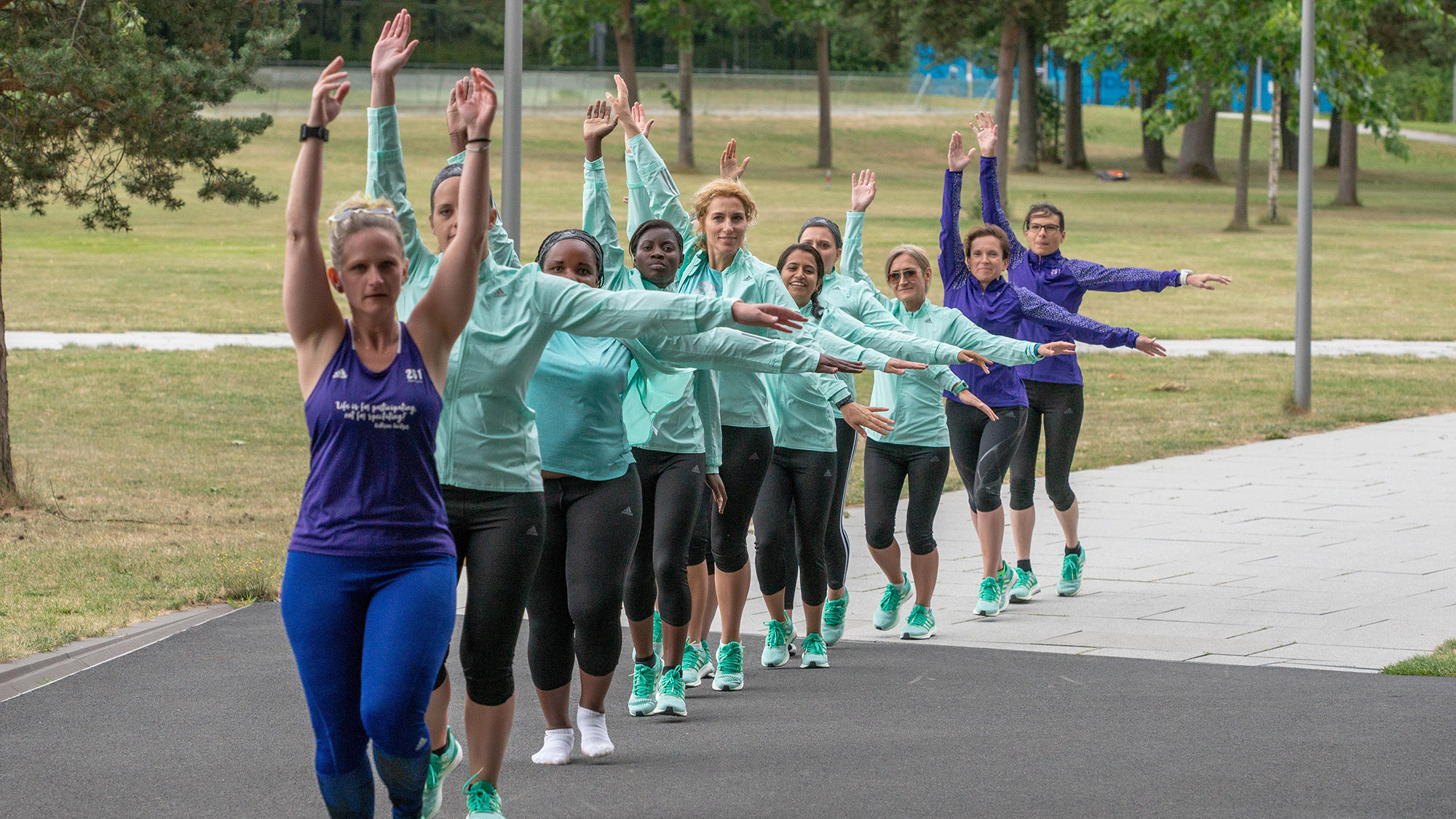 The 261 Fearless Women of Change - Meet Our Heroes

It's time to get to know a little bit more about each of our 261 Fearless Game Changers and their backgrounds.

If you haven't already seen our previous blog article introducing our heroes, you can read it here. We would also like to encourage you to watch our teaser for the 261 Fearless Documentary - powered by adidas on our facebook account.

We've given our heroes the opportunity to introduce themselves in their own words below, and make sure to keep en eye out for the first episode of the 261 Fearless Documentary - powered by adidas next week! 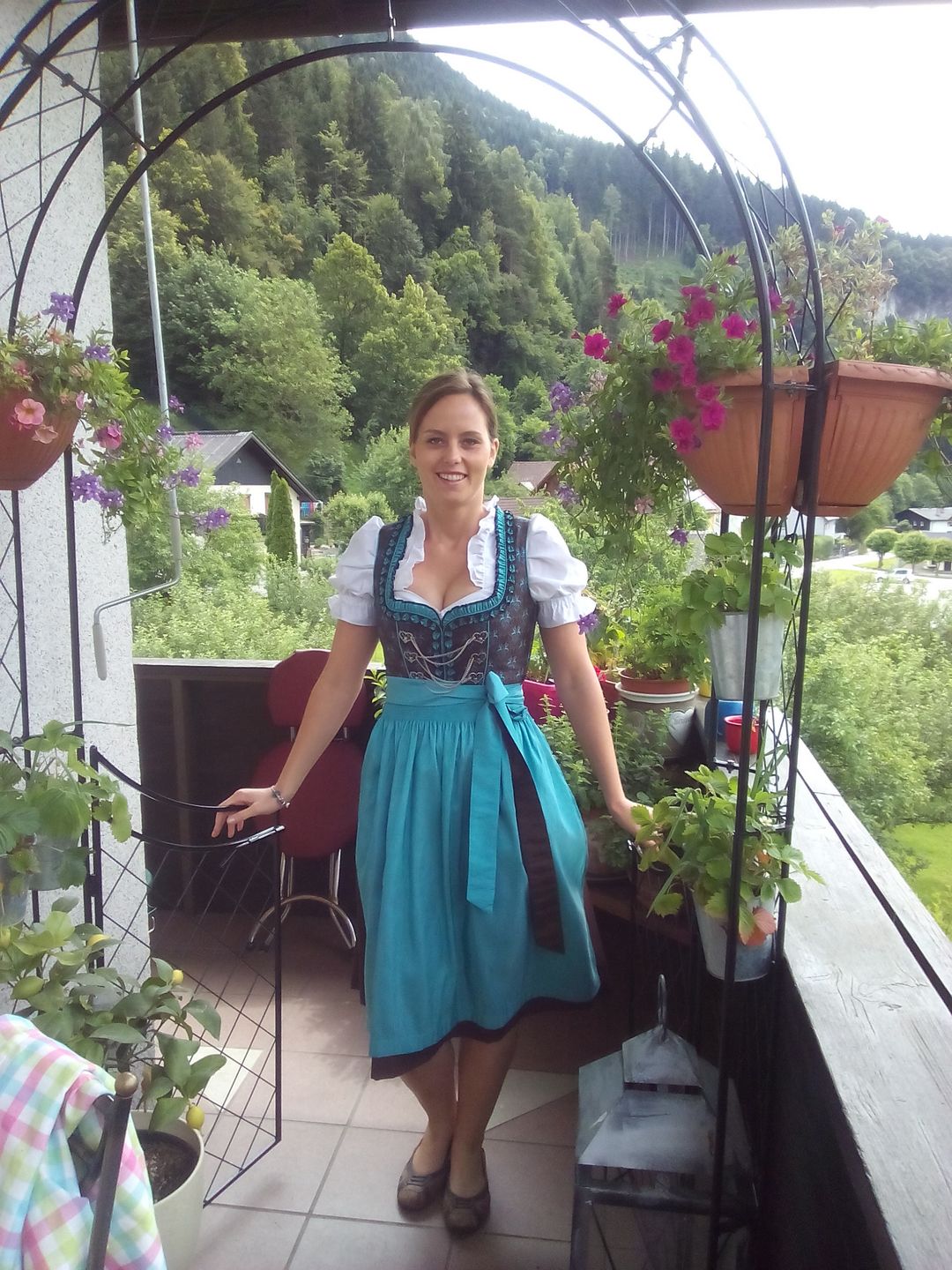 My name is Christina and I come from a village in the south of Austria in a region with a lot of mountains and lakes. Now I am living in Vienna and work here as a freelance interpreter and translator. So, as you can see, my first passion is languages. I love to travel, meet new people, different cultures and learn languages!

My second passion though, is definitely running! I started with my mum when I was about 12 years old and never stopped ever since. It was also her who first told me about 261 Fearless. She was participating in the meet runs in my home region and was thrilled! As was I as I first found out about the idea of bringing women together and establishing a network between them without competition. I participated in a run at a local lake the day Kathrine Switzer ran the Boston marathon with the same bib number 261 and decided that I want to be part of this network.

So I applied to be a Coach and this lead me to participating in the Train the Trainer course in Germany. Now, I will be starting meet runs with refugees in Vienna and I am very excited about it! Especially women who arrive in a foreign country without speaking the language or knowing the culture need support to become fearless. And we will support them through running! 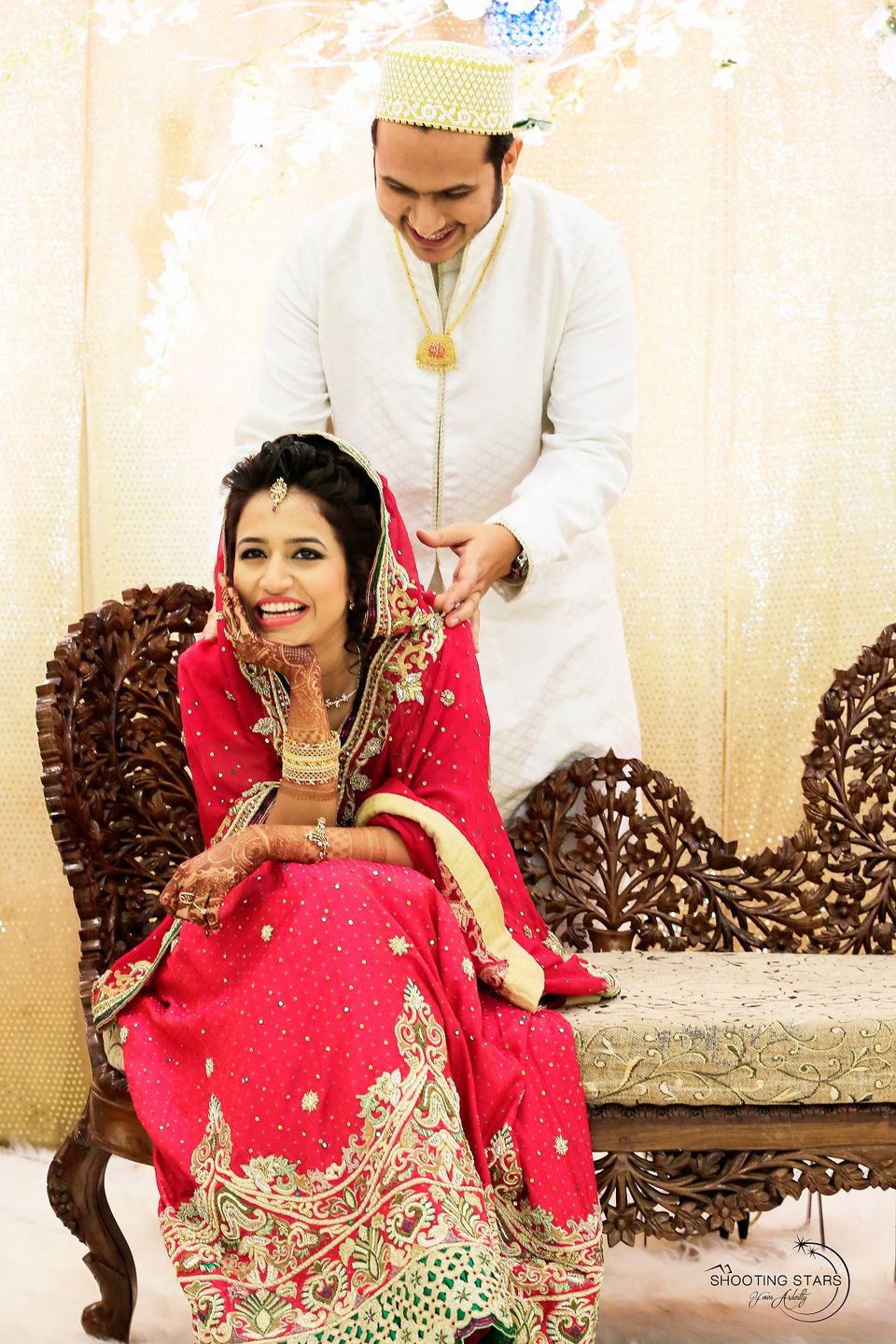 I'm Tasneem and I come from the multi-cultural and absolutely stunning country of India. Having done a business management program, I have been working in the Marketing field for about four years. I am an avid football player and have had the chance to play at a national level since I was 15 years old. Football, being a team game, I learned everything from being a team player to the importance of running and staying fit. My passion for photography makes me see the world through my lens and capture every moment.

My friend Nishtha had done the Train the Trainer course previously and she told me about this project, I fell in love with everything related to 261, from the concept through to why this is so important and how we can make a difference to some women's lives. 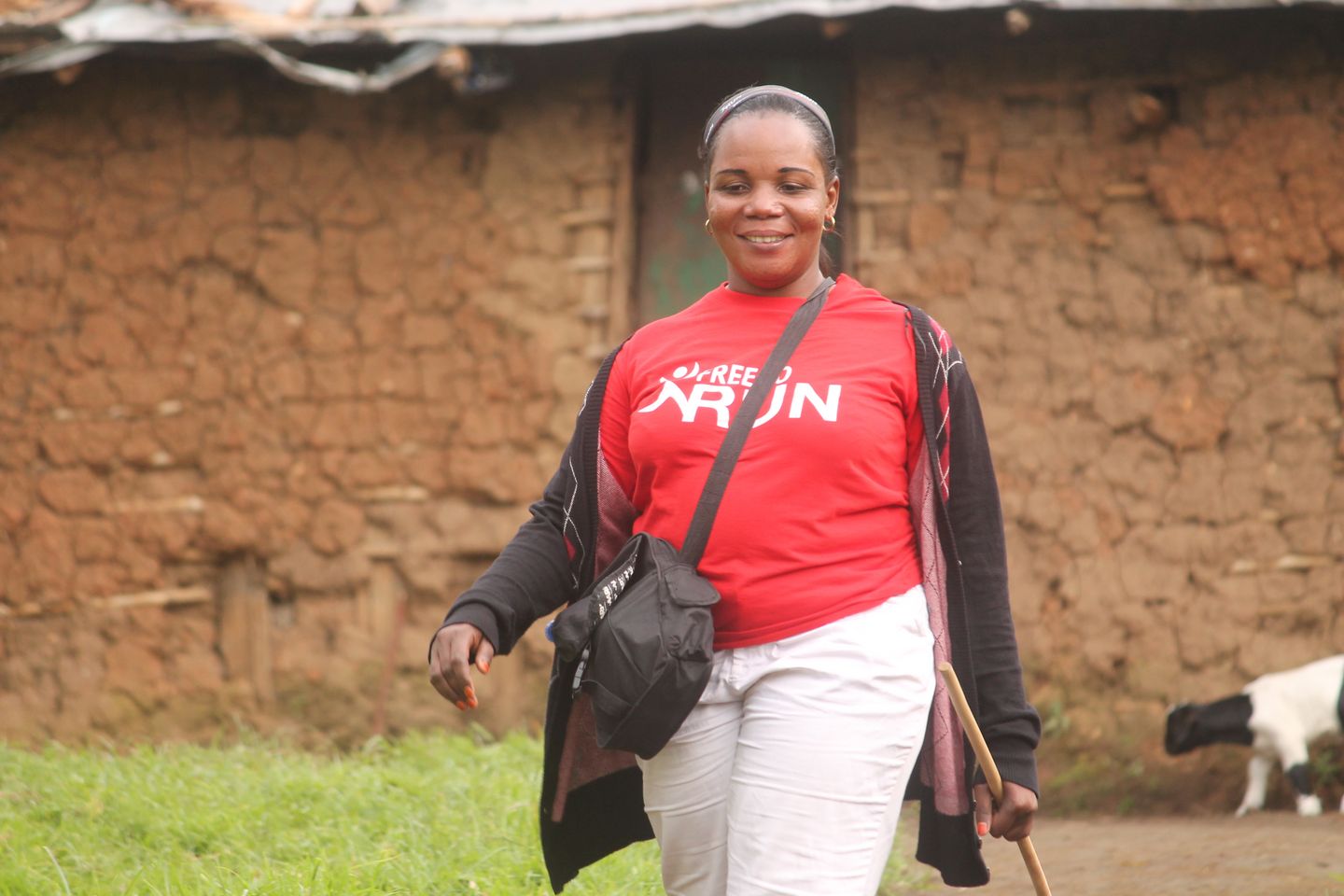 I am Sylvie, I’m, 39 years old and live in the city of Goma in the province of North Kivu in the Democratic Republic of Congo. I am not married and have three children, one boy and two girls. I work for AIDPROFEN (Action and Initiative of Development for the protection of women and children) and I am the programme representative within the organisation.

I came to Germany to participate in the education programme organised by 261 FEARLESS, through the organisation FREE TO RUN that collaborates with AIDPROFEN. I knew about 261 Fearless thanks to FREE TO RUN who explained to us the history of women and running and Kathrine Switzer’s story at the Boston marathon.

In the Democratic Republic of Congo, more precisely in the province North Kivu in the city of Goma, we have two clubs with young girls who practice sports (running and walking) with the help of FREE TO RUN and AIDPROFEN. Due to these activities and our goal to empower women through sports, I am training as a 261 Fearless coach to bring running to the local women. 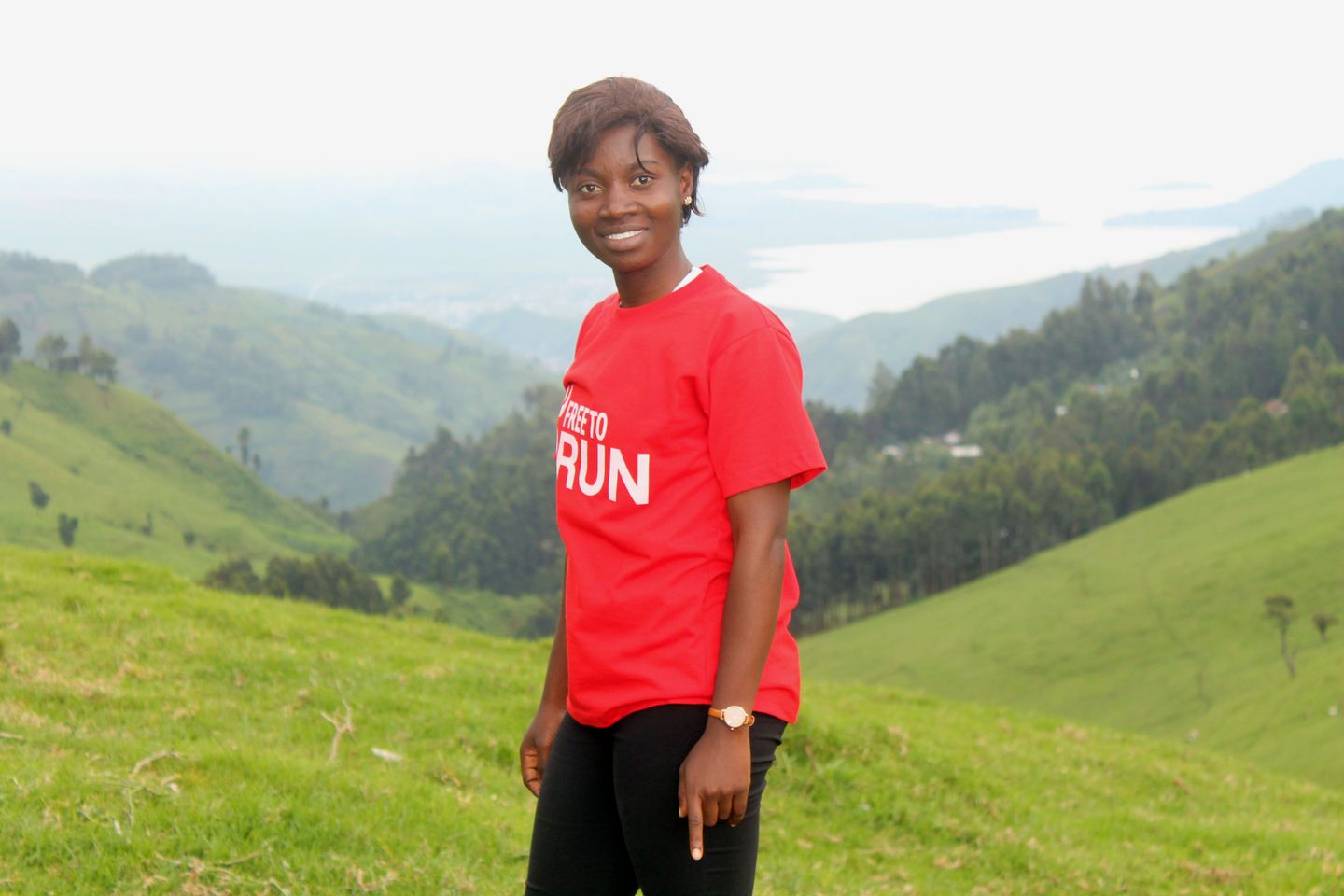 My name is Prudence, I was born in Goma and grew up in the province of North Kivu in DRC, I am Congolese and unmarried. I am committed to the world of activism and running within the organisation Free to Run, since March 2018 and I work for AIDPROFEN as a financial administrator. This organisation wants to promote women’s and children’s rights. I have lived with my parents since I was born and I am the oldest of nine children, two girls and seven boys.

I came to Germany thanks to Free to Run in collaboration with AIDPROFEN who introduced us to 261 Fearless and the education programme to empower women through running. I wanted to be part of this project bringing women from different nations together, to train as coaches, to create new running clubs and to increase women’s awareness about how to run and all the benefits you can get from it. 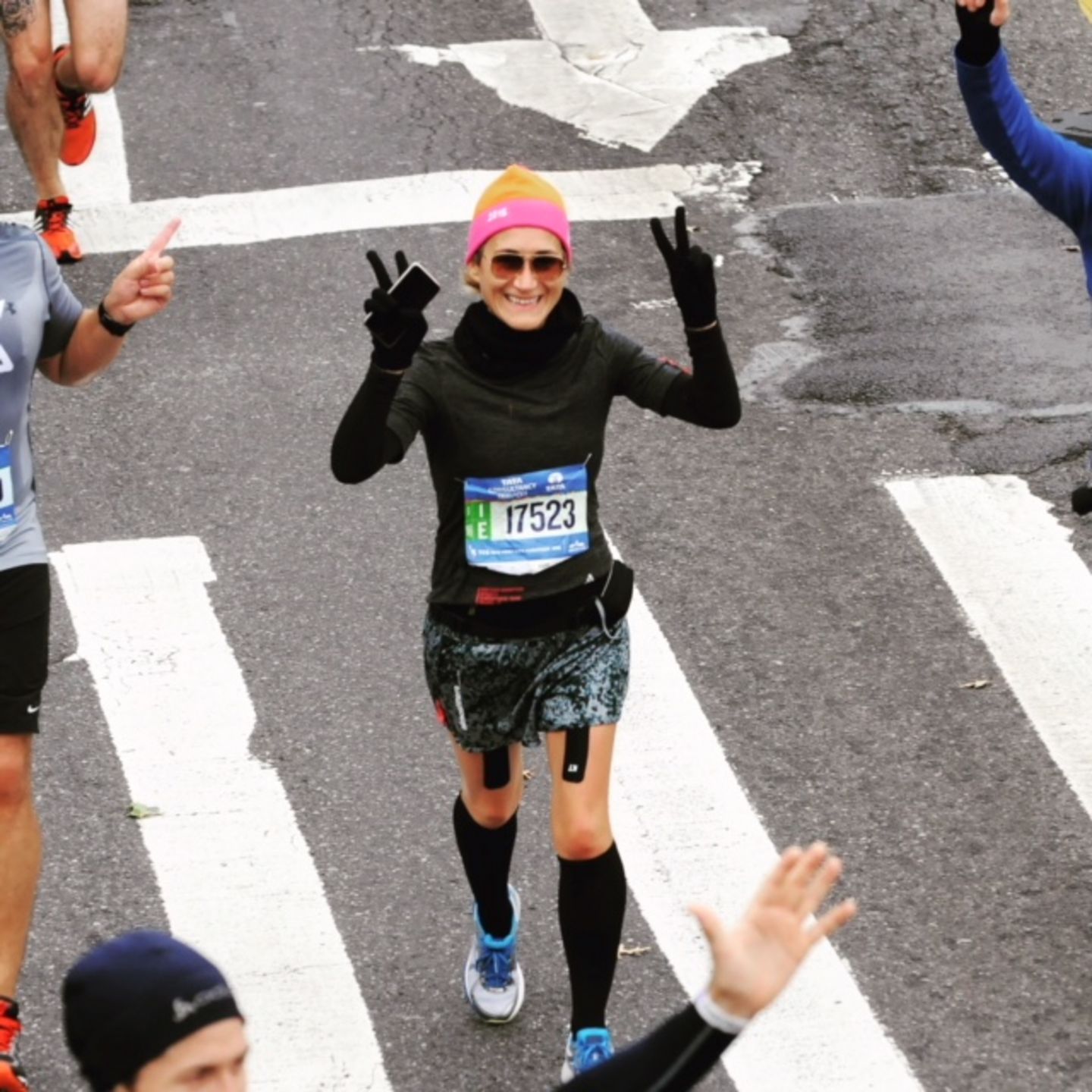 I’m Greta and I’m 48 years old. I work in PR in an agency with fashion and lifestyle clients, the best thing is that we started working with adidas in January 2018

I started running six years ago after the split of a nine year relationship. My first marathon was in New York in 2015, then I have run Milano, Valencia, London and Edinburgh. My next one is London in April 2019, I can’t wait to run it again because I love London.

I have a weekly feature about running in fashiontimes.it an online magazine which is very popular in Italy. Thanks to fashiontimes.it I had the opportunity to interview Kathrine Switzer and she told me about 261 Fearless. It’s a great honor for me to represent 261 Fearless in Italy, starting in Milan and hopefully spreading further.

I’m a good motivator and I’m happy to I quit my PB time during my marathons to help friends to reach the finish line.

I love running, movies, books, London and travelling around the world; I think that travel enriches the soul and broadens your horizons.

My dream is to work with Victoria Adams Beckham. 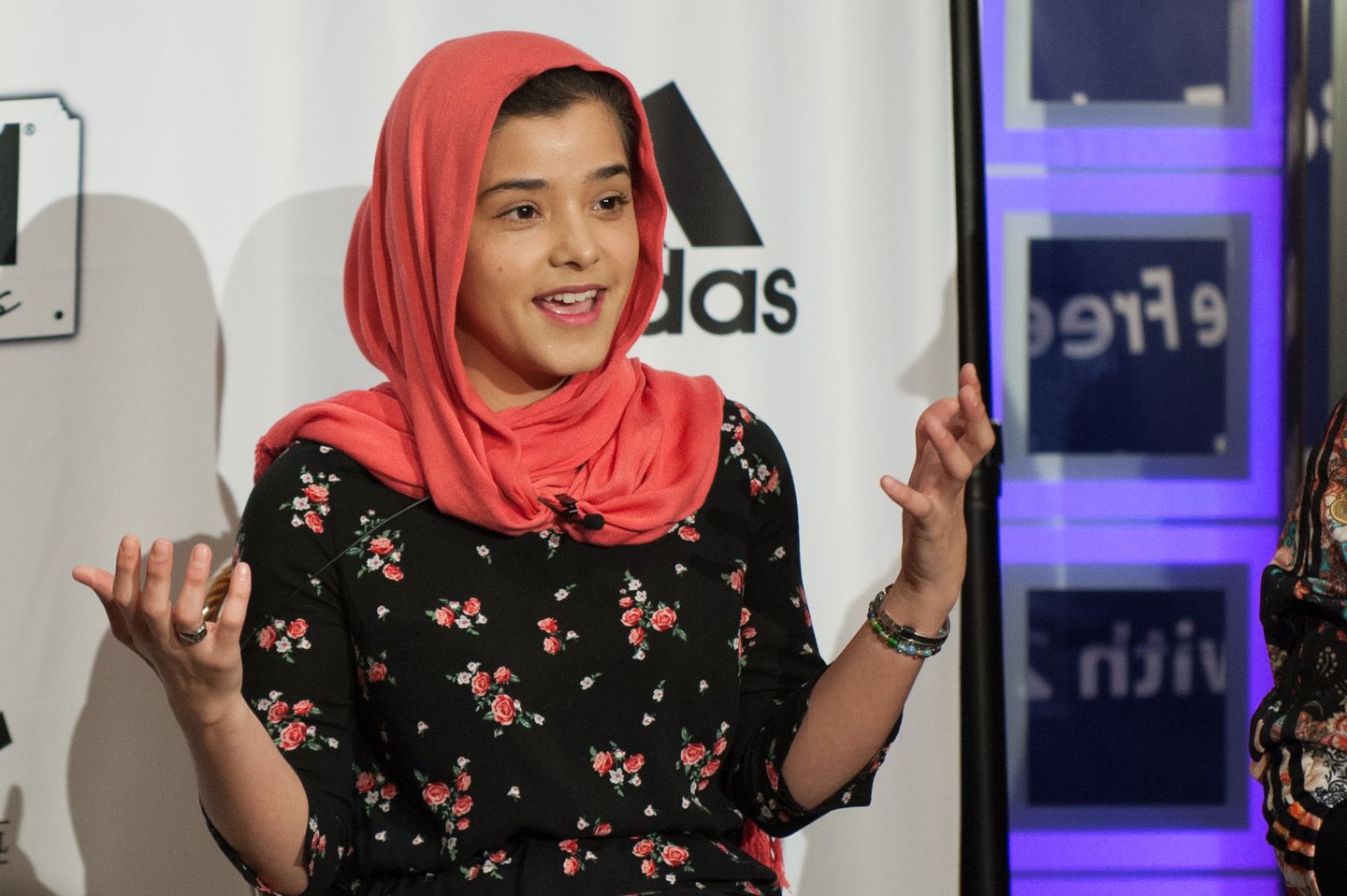 My name is Zahra and I am from a landlocked country in the heart of Asia, with beautiful mountains, called Afghanistan. Growing up, even going to school was an act of courage, a hustle and a privilege that many of my peers didn’t have. The constant road bomb blasts, almost five decades of constant war, and a patriarchal society made everyday life in my conservative hometown, Kunduz, a survival of the fittest.

During the year that I attended the first female boarding school in Afghanistan, I learned that people somewhere on the globe run, but not to save their lives, not from another bomb blast, not to cross another border illegally, not to survive another day. They just ran to process things in their head, to feel accomplished. Running was such a strange concept and didn’t make any sense to me until I attended my boarding school in Rhode Island, where I didn’t have to worry about bomb blast, about being chased by men, about bumping into humvee cars filled with guns and red signs.

I was asked to join my high school’s cross country team which I rejected at the beginning. In the field, nobody looked like me, nobody wore leggings under their shorts, nobody covered up completely. The absence of any woman who looked like me who also ran, kept me away from running. However, I joined the team on my senior year and constantly wondered and felt guilty for having the opportunity to just run, run without being chased. It has been one great journey of getting comfortable to run in the street and to train for my second 50-miler race.

I had the honor of meeting someone from the 261 Fearless organization at a gathering in Boston. I was instantly interested in the mission of the organization. I was one of the panelists for a discussion that was held by 261 Fearless on International Women’s Day. I have been accepted to be a coach and participate in the Train the Trainer Course in San Antonio, Texas, which I am extremely excited about. The concept of bringing women together and helping them with the process of empowering themselves are the two aspects of the 261 Fearless mission that I hope to bring back to my country in the near future. 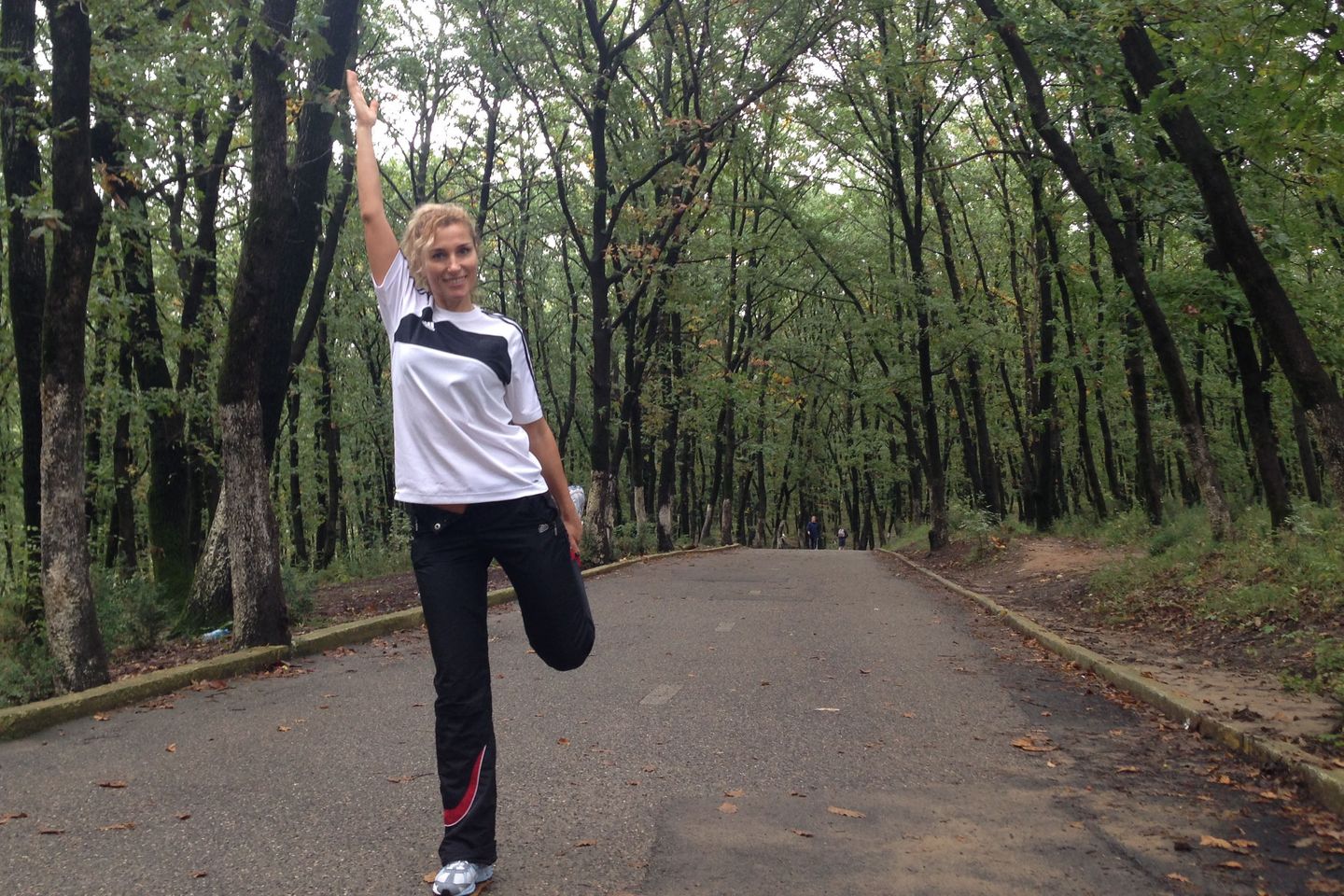 My name is Mimoza and I am from Tirana, the capital of Albania. I currently work as a Personal Assistant to the Speaker of Albanian Parliament. Previously, I worked as a teacher in a high school for almost 15 years.

Since I was a little girl, running and playing were so enjoyable and were my favourite time. At school I was good at sports and as I grew up I started running alone. I ran regularly at our artificial lake and since then it’s been a crucial part of my life. Anytime I spend running is refreshing, relaxing and peaceful. It is a great stress reliever and it helps me let off steam from the hard mental work.

To be honest, it was not easy at first. I needed a lot of motivation for myself not to skip going out alone for running. But things changed when I met Cristin Bleess, she had set up 261 Fearless Club Tirana. When I joined the club, I learned about 261 Fearless and the inspiring story of Kathrine.

Joining this club has changed my life. I met many new people from different fields of life and I like catching up with the regulars who come every single week. Conversation seems to flow just a little bit more naturally when you're running alongside someone. Running with a group has been really motivational to me. It helps me to speed up my pace compared to when I was running alone.

I will never forget that day when Edith, the 261 Fearless trainer from Austria came to Tirana to train the coaches. I was unable to join that day due to work commitments. I was upset, but life is full of unexpected surprises. Ending up in Germany, among those marvellous people from all over the world was the unexpected surprise; it was like a dream of mine coming true.