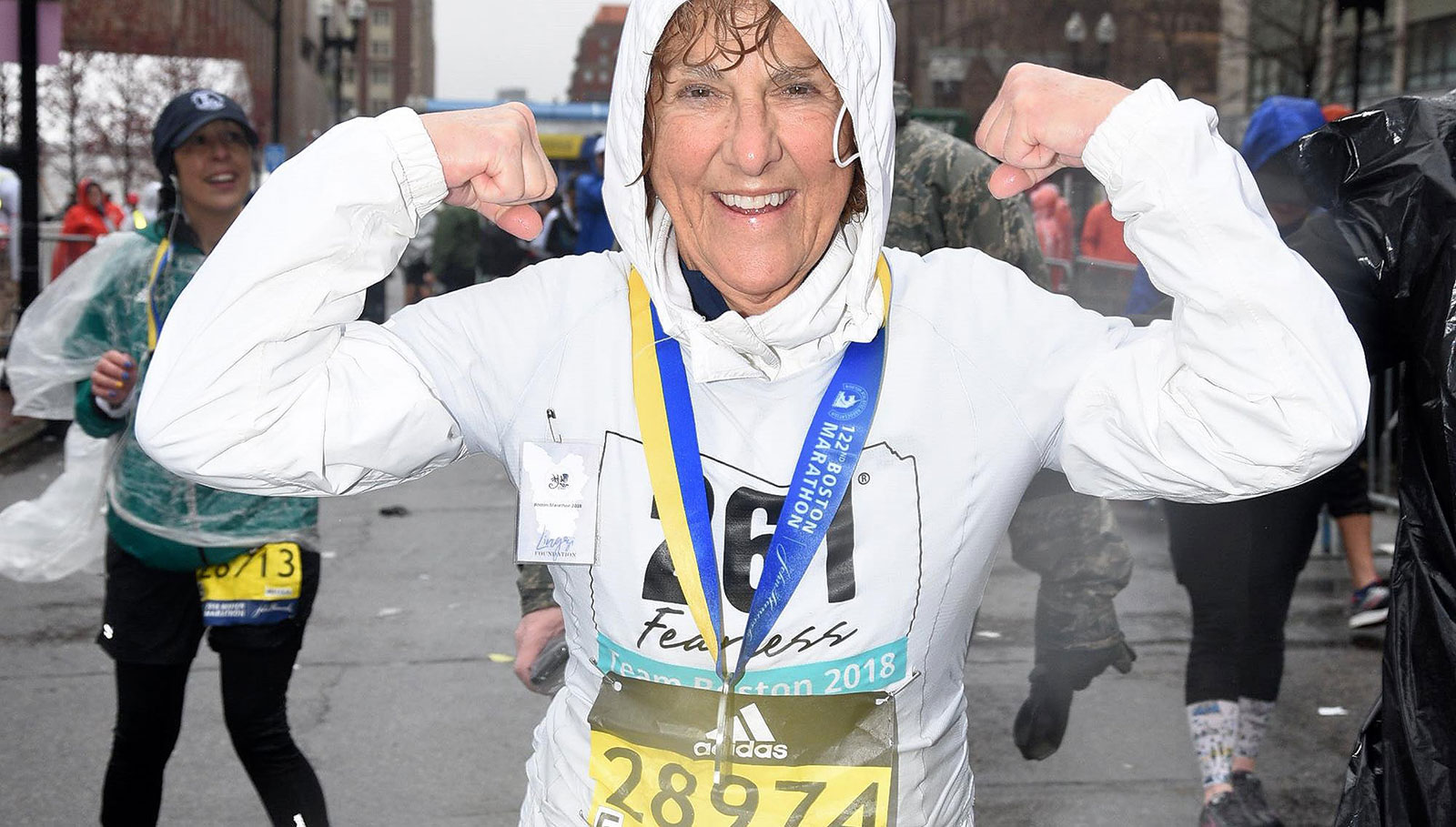 The Best Day of My Life

Ominous race conditions failed to stop Pat from completing the Boston Marathon with the 261 Fearless Charity Team, follow her journey as she recounts the best day of her life!

On a dreary December day, I was leaving Whole Foods when my phone rang. I ignored it, thinking it was spam. When I arrived at my car, I noticed I had a voice mail. It was from Fearless Deb. I almost dropped the phone and could barely hit the return call button. Fearless 261 was going to take a chance on me! I recognized I had the opportunity of a lifetime. I was launched on a journey beyond my wildest imagination.

I needed to set up a Facebook account, CrowdWise account, Skype account, participate in international team calls, write/edit and continually publish and distribute my press release, train for a marathon, work full-time, avoid catching the flu - one of the worst we've had in Los Angeles, and nonstop spread the story of 261 Runs Boston 2018 by word of mouth. This in itself was life-changing and beyond what I, at 66 years old, had on my to do list!

The build-up on social media over the months and final days through 4 channels, 261 Fearless Team Boston 2018, CharityTeams.com, 261 Fearless Friends and WhatsApp was FUN, gripping and empowering. It was a lifeline I could never have imagined possible.

I flew into Boston from Los Angeles on Thursday, April 12, 2018. It was cold and beginning to rain. I again went to Whole Foods for milk to take down with my array of vitamins. I noticed a little card on a rack that said, "This is the best day of your life.' I stared at it and thought it over with more than just a little reservation. The weather forecast continually worsened over the days until we knew for sure we were in for a tough ride.

The events of race week breathed even more grit into me. They were timed perfectly, giving me everything I needed, in the right amount, at the right time. The virtual friendships we had developed over the months through social media fully bloomed when we were finally able to meet face-to-face.

On April 16, 2018, our Dream Team boarded the team bus in Boston under ominous, dreadful conditions. We exited the bus in Hopkinton under worse conditions. But a bright and cozy house with Fearless Deb, our supporters and our soulmate teammates were there at the start line. The fire was well and truly lit.

261 Fearless Team Boston 2018 took that menacing start line together, donning our 261 Fearless trash bags, shower caps and bright, crazy smiles. The mile markers began to pass and I continued to be amazed I was still moving forward. In this marathon, I never had the feeling that I "had this one." No one was joking, no signs saying, “You’re almost there” at the two-mile marker. The few amazing people on the sidelines were looking on in disbelief. Their signs were soaked or had flown away. 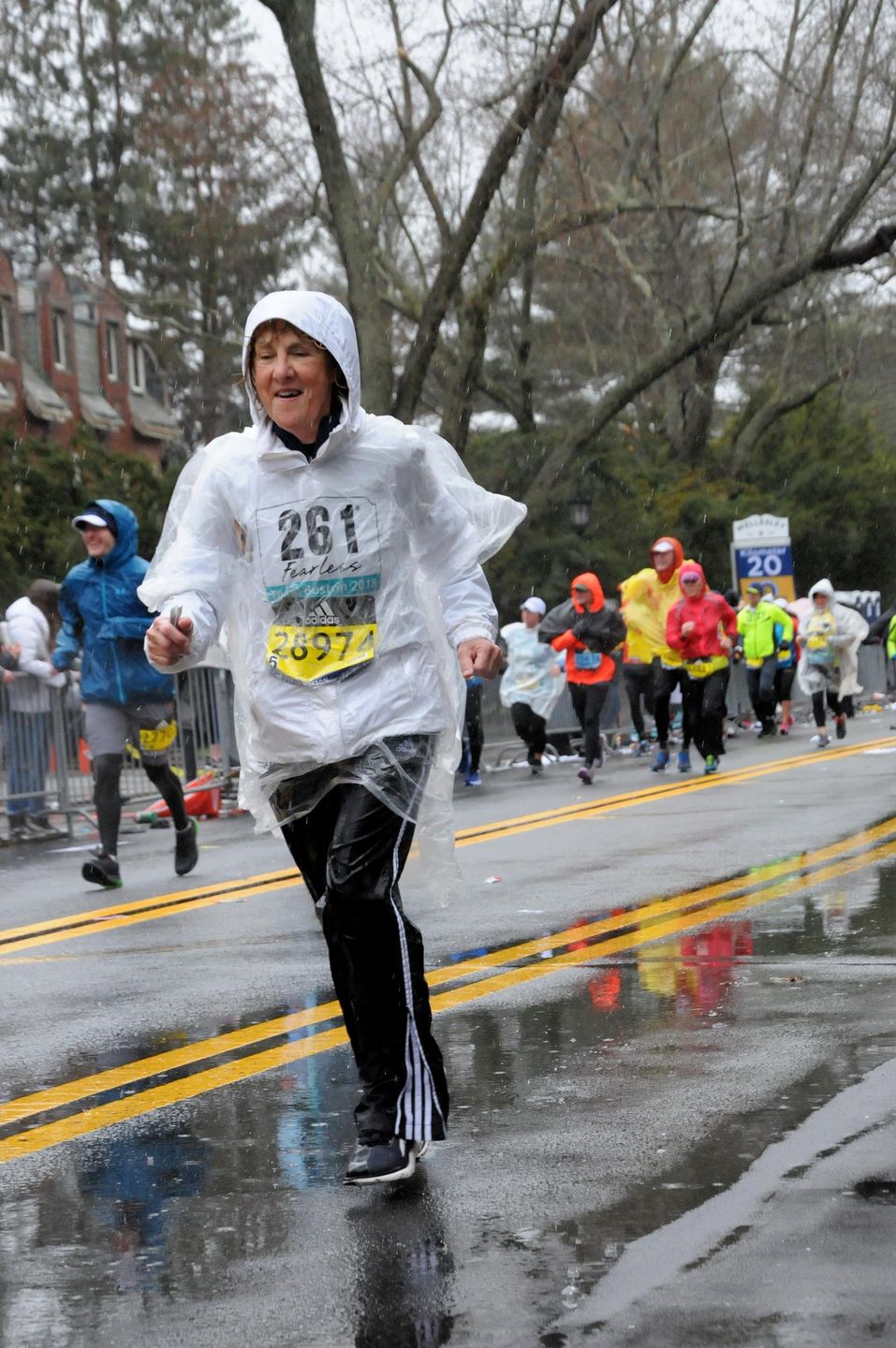 I continually checked myself - temperature, posture, fuelling, attitude, having fun, best day of my life? I thought of my team, Kathrine, Deb, Susan Hurley, Lingzi Lu (memento pinned to my shirt, courtesy of Susan Hurley), our supporters, my family, my new, one-day old nephew, and how they mean the world to me. I listened to the other runners saying, "It could always be worse." I felt like I was alternating between the sets of the Deadliest Catch, Titanic and the Perfect Storm. I saw the dog, Spencer, with his flags and a man clearly saying and looking directly at me with amazement in his eyes, "Go 261 Fearless!." 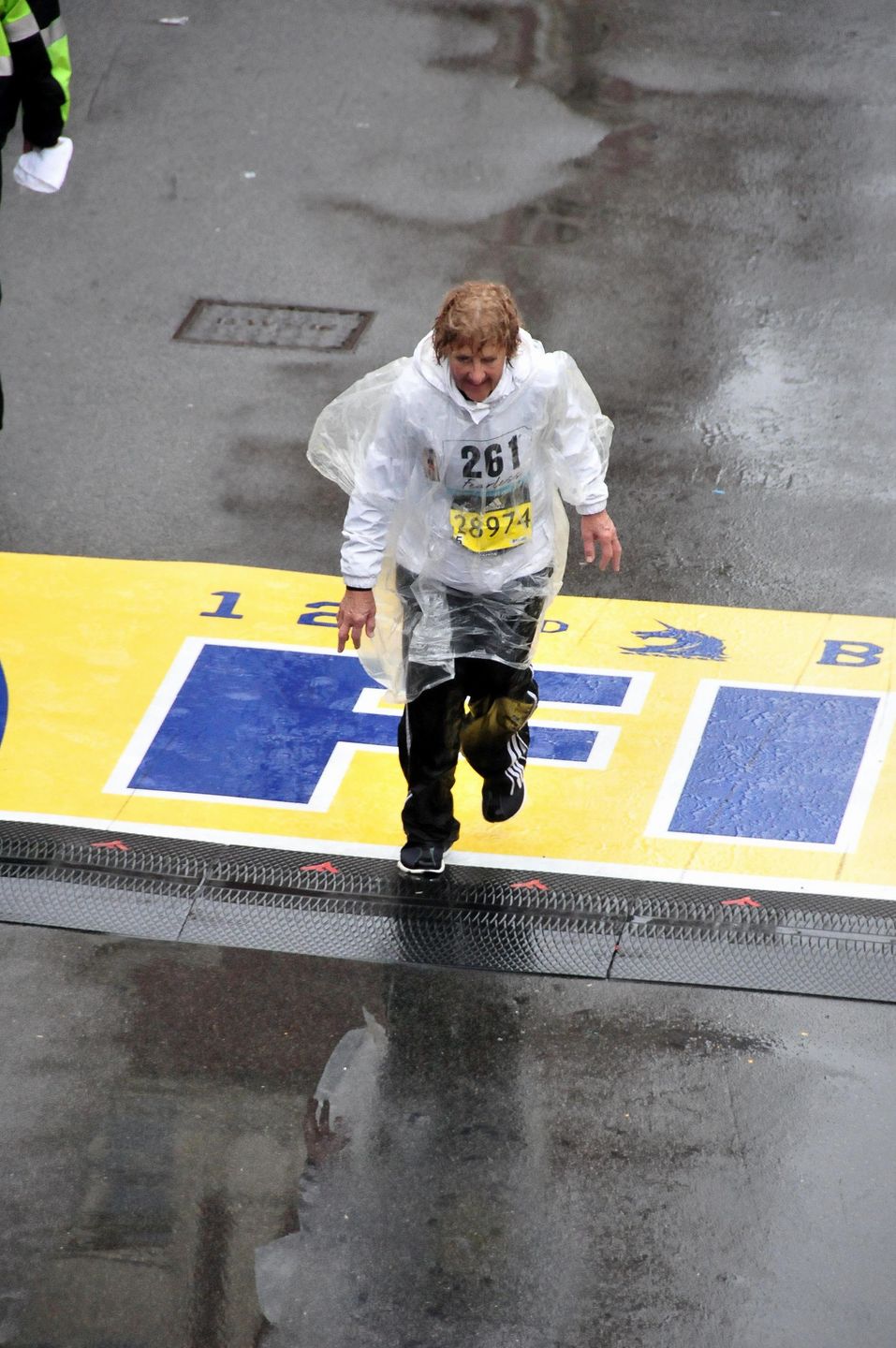 I was aware of slipping into hypothermia somewhere within the last mile and a half. I played mental math games to keep myself alert and focused. If I could calculate the time to the finish line, minutes per mile, estimated overall time, I was reassured. At the turn onto Boylston, I lovingly recall a woman who somehow knew me and yelled, "Pat!" I heard my name announced in the finish chute. And then it was over. I crossed that Finish Line. The volunteer who placed the medal around my neck said, "Congratulations! You are a Boston Marathoner." Oh, sweet heaven! Done for 261 Fearless, my loves everywhere, and myself. 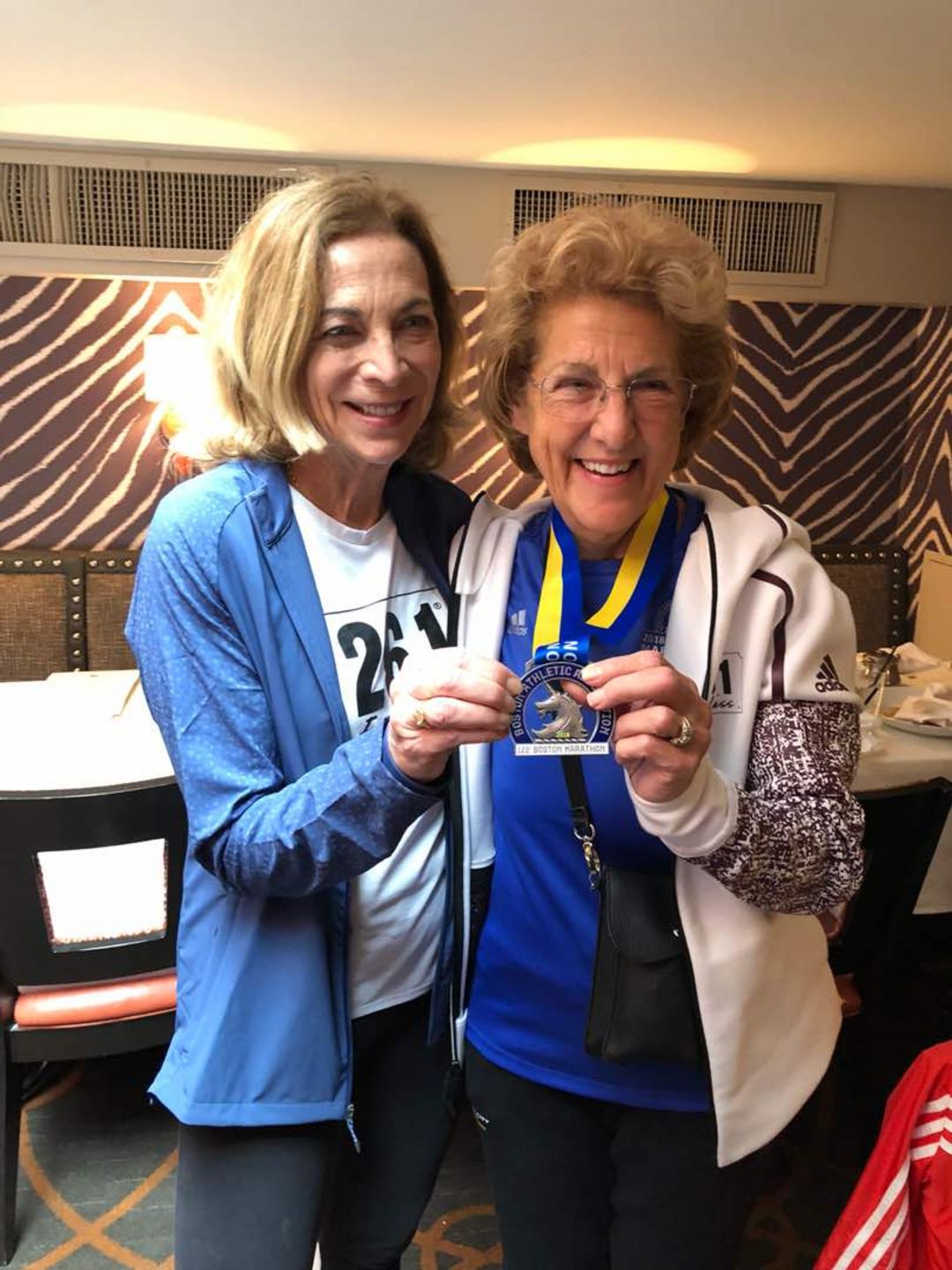 At our post-race team breakfast, wise-beyond-belief Kathrine said, "So, was it the best day of your life?" Without thinking, I said, "Yes." And it was.

My Love to All,

If you'd like to experience a similar journey as Pat's, apply to be part of our 2018 New York City Marathon team! it will be life-changing! Be fearless: APPLY NOW!