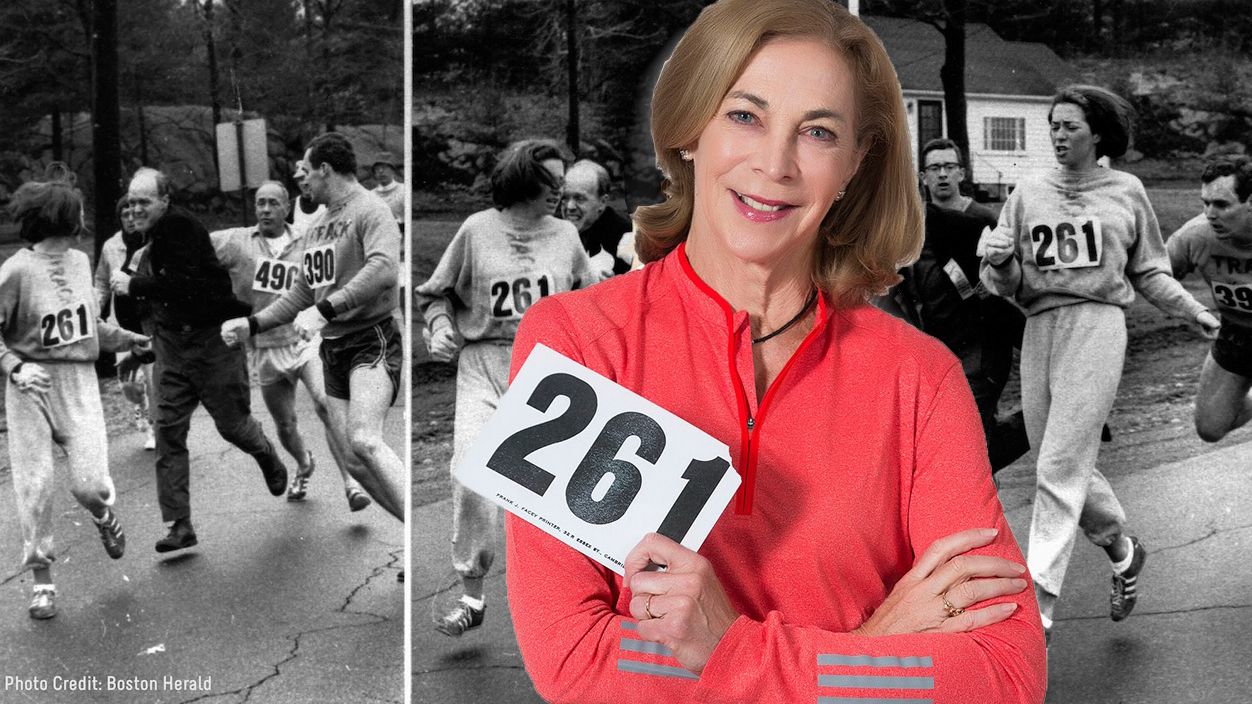 The History of 261 Fearless?

The moment the media on the press truck at the 1967 Boston Marathon pressed the shutter release buttons on their cameras and captured a race official trying to rip the race numbers from a runner’s shirt, the future of women’s running was changed forever.

That runner was Kathrine Switzer, a 19-year-old journalism student who had proved to her coach during training that she was capable of running a marathon. That race official was Jock Semple, long-standing race manager of the Boston Marathon who took objection to the fact that there was a woman in his race.

With the help of her boyfriend who shoved the race official to the ground, Kathrine was able to run on. During the 20 or so miles that followed, she questioned why she was the only woman running with a bib number. Where were all the women? She loved to run, it made her feel strong and healthy. She realised that women must believe the myths that running would harm them, that their internal organs would prolapse, that they would become too masculine. They were afraid. She knew she had to change that. She knew she had to normalise women running by providing opportunities for women them to do so. She also had to finish that marathon or no one would believe women were capable. She finished. That Boston Marathon marked an important point in history, captured by the world’s media, it was the moment women’s running changed forever.

Kathrine worked tirelessly to fulfil her ambition to raise the profile of women in sport. She became an elite athlete, winning the New York Marathon in 1974. She also created the Avon International Running Circuit which reached over one million women in 27 countries. This race circuit provided the evidence that women really could run and subsequently led to the women’s marathon being included in the Olympic Games in 1984.

On that rainy day in Boston, Kathrine’s bib number was 261. Women began to write to her to tell her that they had 261 drawn (or tattooed) on their bodies to remind them never to give up and to have courage during challenging situations. Kathrine realised that the number itself had become a symbol for being fearless in the face of adversity. That negative moment in history, could be turned into a positive force for good, uniting and empowering women around the world. In 2015, 261 Fearless was born, a global network using running to reach, support and guide women towards happier, healthier futures.