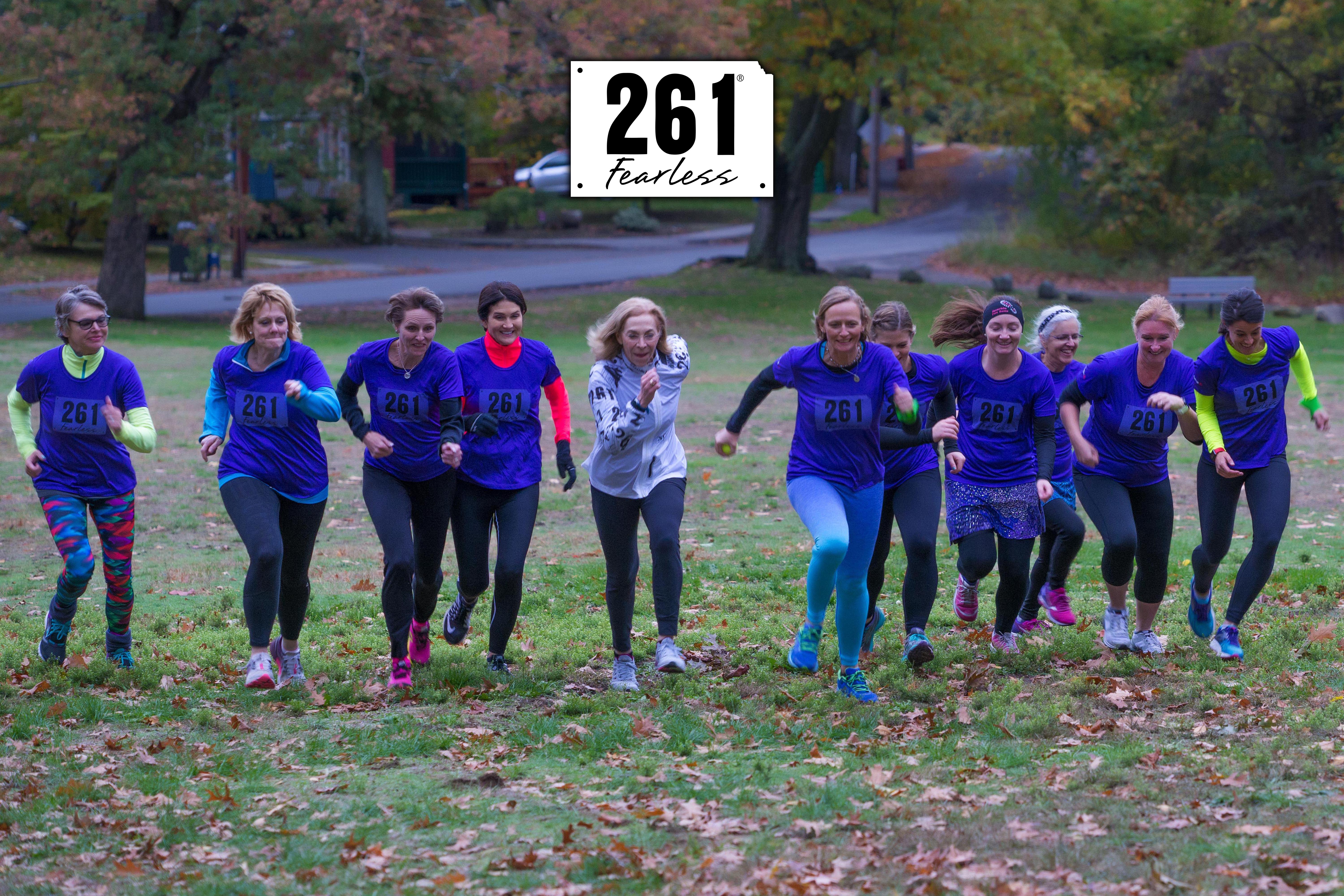 Kathrine will be joined by over 100 other runners representing 10 countries. Together this global team represents 261 Fearless.

Running legend Kathrine Switzer is lacing up her sneakers to run the 2017 Boston Marathon® again-- 50 years after she first ran it, and in celebration of an event that changed the world for women.  This time, she will be joined by over 100 other runners (95% women) representing 10 countries. Together this global team represents 261 Fearless.

Kathrine had a rough start in the 1967 Boston Marathon when an angry race director tried to pull off her bib numbers—261—and throw her out of the race because the event was for men-only.  The incident ignited the women’s running boom.

One of the 100+ women who are running with Kathrine and raising funds for 261 Fearless is Rosy Spraker, from Lorton, VA, who has run the Boston Marathon ten consecutive times.  “Kathrine not only broke the glass starting line,” says Spraker, “But she continued to champion the cause of women’s running for the next 50 years. With the money our team is raising, we will create non-competitive running clubs, coaches’ education and communication programs in local communities, whether that is in Massachusetts or Albania. We’re asking women everywhere to start a club and join our empowering movement. ”

“It is a joy to run with this amazing group of women and men from all over the worldin the 121st Boston Marathon,” said Kathrine.  “What was a dramatic incident 50 years ago became instead a defining moment for me and women runners. The result is nothing less than a global social revolution; there are now more women runners in the United States than men, and these women are both fearless and compassionate, wanting to help other women around the world achieve their goals. Because of this team’s great fund-raising, 261 Fearless will be able to spread our message far and wide.”

“We have seven men on our team, and they are very special,” added Kathrine.  “They are a tribute to the guys who believed in me and helped me get to the start and through the finish of the 1967 Boston Marathon. 261 Fearless is a women’s organization but it is not about exclusion; it’s about giving women an opportunity.  Most women in the world still live in a fearful situation and 261 aims to help empower them.  These seven guys, and most guys who run, understand and support our goal of inclusion and equality for women.”

Despite an inauspicious beginning, the Boston Athletic Association (B.A.A.) early on realized the seriousness of women’s desire to participate and the potential of their endurance. In 1972, five years after the ‘Switzer Incident’, the B.A.A. welcomed women as official competitors, becoming the first major marathon to do so. This year, the Boston Athletic Association has continued its commitment to women’s running by inviting the 261 Fearless team to participate in the 121st running of the Boston Marathon on April 17, 2017.

“There is only one 50th anniversary in our lives and this is a race that changed all of us,” said Kathrine, now 70.  “I’m training hard, and I’m buoyed by the spirit of this wonderful team. But this race is not going to be about finishing time; it’s about celebration, inclusion and gratitude.  I’m running to say thanks to a race, a city, and thousands of wonderful people who have done so much to give strength and self-esteem to women.”

Be Fearless. Be Free. Be Grateful.