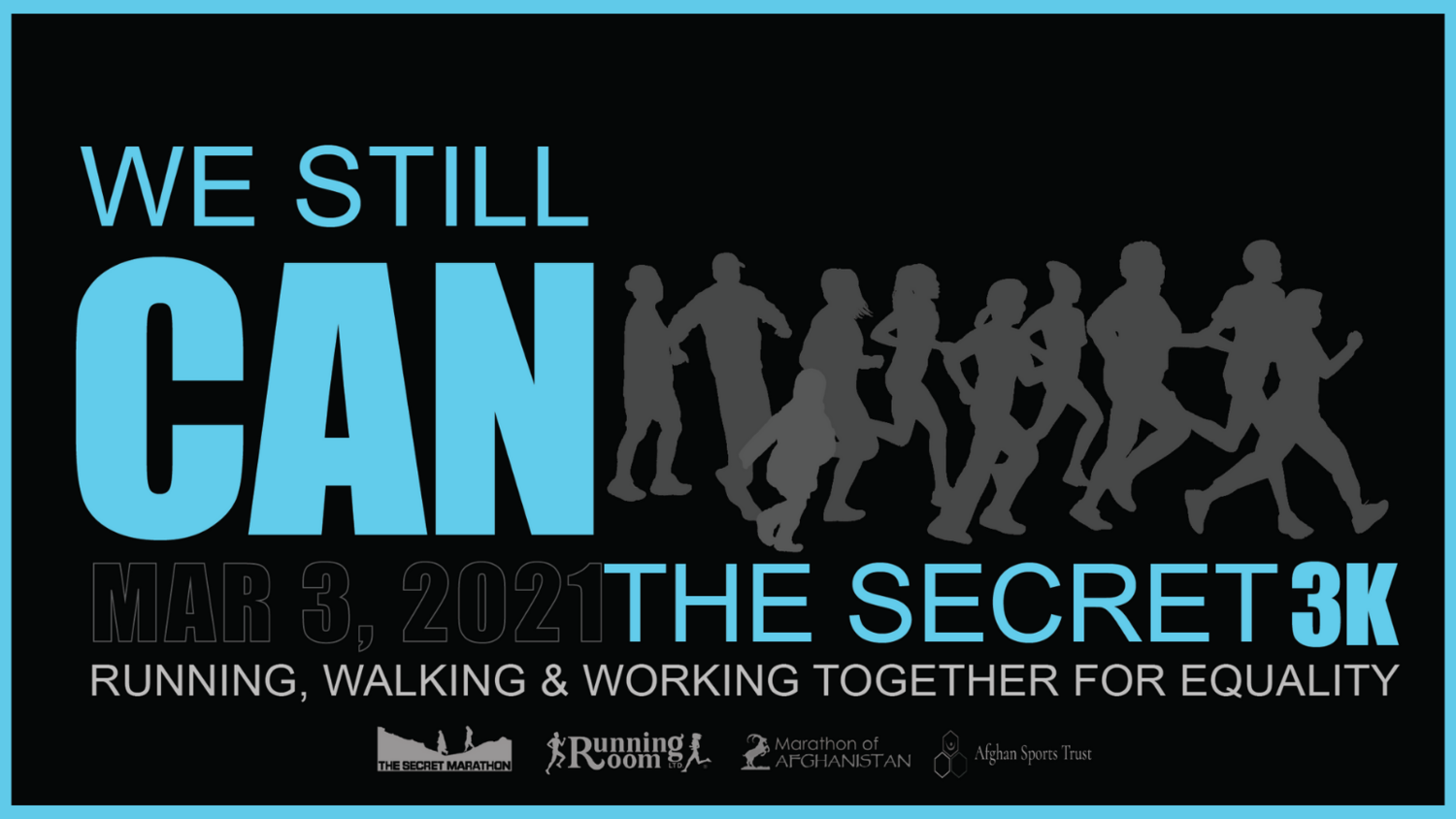 THE SECRET 3K - RUNNING, WALKING & WORKING TOGETHER FOR EQUALITY

We are grateful to be announced as one of the charities supported by the Secret 3K - a virtual event allowing everyone from everywhere in the world to participate. Learn more and join us!

THE SECRET 3K - WE RUN, WALK AND WORK TOGETHER FOR EQUALITY

What if you had to keep your run a secret ?What if you couldn’t train or run outside for fear of attack?
For many women and girls around the world this is their reality. The Secret 3K was originally inspired
by women who had to train and run in secret for the Marathon of Afghanistan . Their story of courage
inspired the award winning documentary film, The Secret Marathon and showed us that by creating
safe races, we can create safe places.
On Wednesday, March 3 , during the week of International Women’s Day thousands of people
around the world will lace up their runners to show their support for everyone’s right to run free. This
year, The Secret 3K will be a 100% virtual event allowing anyone from anywhere in the world to
participate.
This year’s official charity partner is the Marathon of Afghanistan and all donations will help make it
possible to expand the race and allow more Afghan women to run freely outside.
Make a difference by signing up to participate in The Secret 3K and inviting a friend to join you today.
No one should have to keep their run a secret to stay safe, let’s work towards creating a world where
everyone can run free!

JOIN US IN THE SECRET 3K