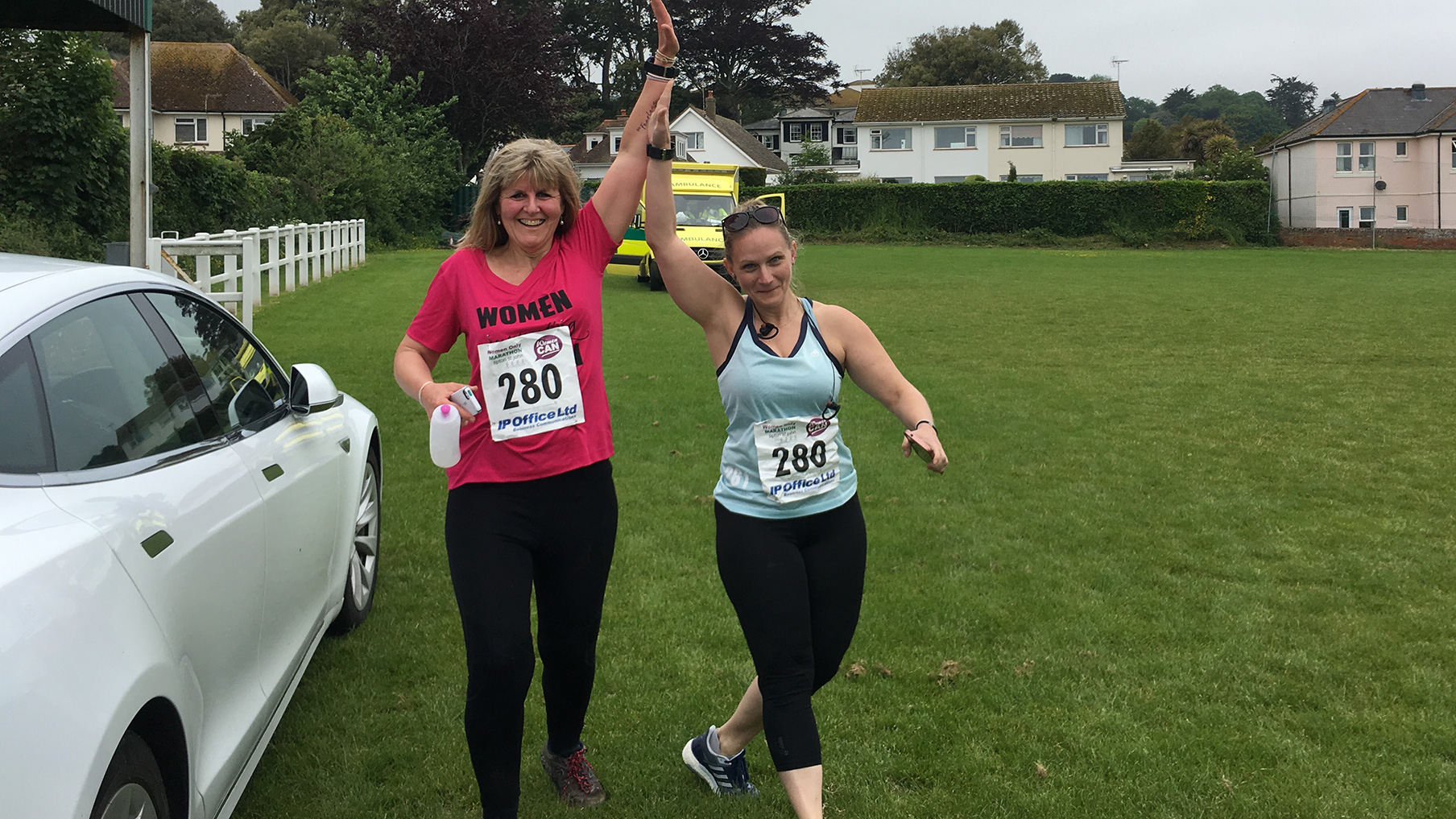 What’s it like being a Fearless Friend? Jo Moseley in Yorkshire, England signed up and tells us about the benefits that joining the programme has given her.

“So why did you start running in your 50s?” is something I’m often asked. The answer? Curiosity. I had seen so many friends, especially on Twitter and Instagram, talk about their joy, sense of freedom and friendships, I wanted to find out for myself.

I had tried running a number of times over the years but never persisted long enough to get to the point where it was fun. Starting the UK’s NHS Couch to 5k plan in October 2017, I knew having a support network, virtually or in person, would be help me get to the “this is fun” point.

Having followed Juliet McGrattan on social media & read her book Sorted, I was intrigued when she launched 261 Fearless in the UK. The core values appealed to me and I love the Be Fearless, Be Free, Be Grateful message.

I was also inspired by Kathrine Switzer herself and how she had made history at the Boston Marathon in 1967. The fact that she is in her 70s and still running makes her a great role model for me in terms of ageing well & healthily.

Becoming a 261 Fearless Friend was simple and it was so lovely to receive my welcome pack.

What made the most difference however, was the encouragement I received every time I completed a run and shared it on my Instagram Stories. I would post a photo, tag @261FearlessClubUK and say how far I’d run. This simple act made me feel I was part of a wider community. I now had someone to share my short, out of breath runs with!

Receiving a message saying “Superstar” or “Well done” was the cherry on the icing! Someone at 261 had noticed and that encouraged me to pull my trainers on for the next run and the next.

I persisted through the winter fog and rain, running around my village in the dark. On my 53rd birthday I ran along the cliffs in the sunshine with my eldest son, officially completing my Couch to 5k goal. More importantly, I had reached the previously elusive “this is fun” point!

Running 10km in the Women Can marathon in Devon with an international 261 Fearless relay team in May sealed everything I felt about the 261 Fearless global movement. Kindness, courage, friendship and gratitude.

From the minute I signed up, I felt as included as the runners from the UK and international clubs.

I feel part of something empowering and very special. And for that I’m very grateful.

Juliet McGrattan recently had a chat with Jo, and you can listen to the whole interview on SoundCloud, Buzzsprout or via the Apple Podcast App.