261 Fearless Inc. Board of Directors 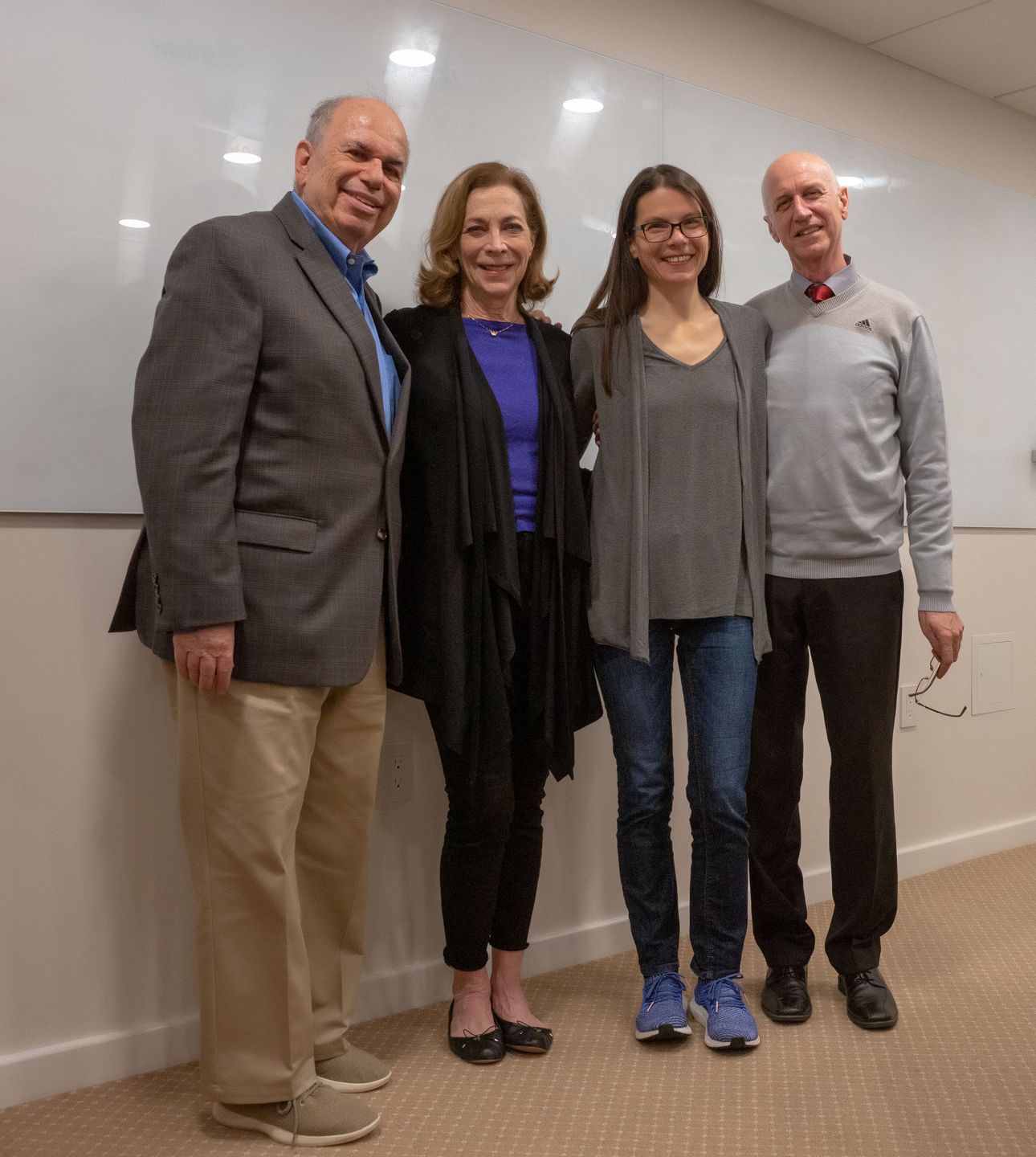 Kathrine is the Board Chair and co-founder of the non-profit 261 Fearless Inc. She was the first woman to officially register and run the Boston Marathon in 1967. Because she was a woman, she was attacked in the race by an angry official who tried to rip off her bib number (#261). She finished anyway and then led the drive to make the women's marathon an official Olympic event in 1984. Now, 58% of all runners in the USA are women. To celebrate this social revolution and the 50th anniversary of her legendary run, Switzer ran the Boston Marathon again in 2017, at age 70. This run inspired women around the world.

She is in charge of the global 261 Club network and global communication and outreach. A nationally ranked swimmer-turned-distance runner in her native Austria, Edith drives the passion to support women globally to find the joy and power in being active. She is a nationally certified athletic and running coach focusing on young athletes and women and continues also as a lecturer of sports marketing at the University of Applied Sciences, Wiener Neustadt, Austria, where she also received her master’s degree in business consultancy and leadership. Edith is a frequent contributor to European running, health, women’s and business publications.

He is responsible for the Education of all 261 Coaches and Master-Coaches globally. He is also a photographer and videographer for 261 Fearless Inc. After studying Electrical Engineering, Clinical Psychology and Psychotherapy, Horst worked many years in psychophysiological research with the focus on chronic pain, biofeedback and biomechanics. As the managing director he was in charge of Psychosomatic Hospitals in Germany and Austria. Since his youth Horst runs and deals intensively with biomechanics and running technique. As responsible for further education in a large Austrian physiotherapy company, Horst develops health programs for different companies and training institutes. 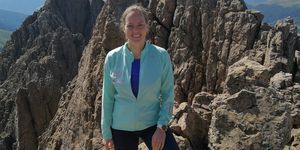 Christina Mayer is our Communication Manager and Master Coach

I love working in an international team! Even though we’re spread across four countries, the atmosphere within the team is motivating, inspiring and supportive. Apart from the wonderful people within 261 Fearless, I am very grateful that I can use all the languages I’ve learned for 261 Fearless and translate, interpret, write texts, present,… Other cultures and languages are my passion and I can use it every day!

Running, hiking, mountain climbing, skiing – I enjoy all kinds of outdoor activities with my partner or with my family here in Austria. When I’m not moving, I love reading books (again in different languages), strolling through the city, enjoying a nice meal in a restaurant and, of course, travelling whenever I can.

What is your favourite workout?

Running – it might sound like a cliché, but that’s actually my favourite exercise. I love running on my own, feeling the repetitive movement and allowing my mind and thoughts to wander. However, I also love running with other people and have interesting conversations on the way – the conversation just flows much more easily, and you discover things you’d never thought about the other person. 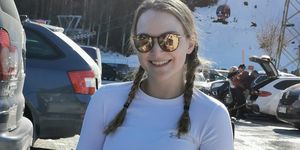 I love that our team is so international. Working with all those strong women from around the world is amazing and I can learn from every single one of them. Also, the different ideas, opinions and viewpoints from the variety of cultures and countries in our team make my job really interesting.

I love going out with friends, spending time with my family, travelling other countries in Europe or even further away and I never say no to adventures such as trips, skydiving or bungee jumping.

What’s your favourite sport or game to play?

I am a former swimmer so definitely swimming, but as an Austrian I of course love Skiing too. Otherwise, I like functional workouts at home that are really exhausting such as HIIT workouts. 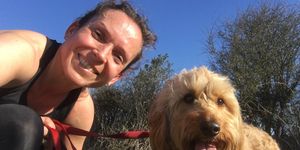 Dr. Juliet McGrattan is the Women's Health Expert for 261 Fearless, Master Coach and Manager of the 261 Empowerment Classes & Talks

I feel privileged that I can combine my love of running and passion to get women active with my experience as a doctor. I love writing, speaking and translating science into everyday language. I really enjoy meeting women from different countries and understanding how 261 Fearless can help them to improve the health of women in their local communities.

When I get free time I cherish it. You can usually find me running with my dog, at a ballet class or teaching my three children to bake.

Who is your role model?

The women around me who strive to be better and never give up are my role models. Despite busy lives, tragedies and sometimes hardship, they keep going with a smile on their face and a spring in their step. 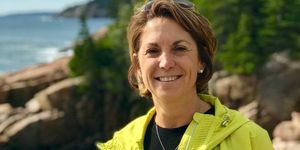 What I like most about my work with 261 Fearless is that every day is different and every day I have the opportunity to work with amazing women that are part of our international community. From coaches and members, social media and development staff, master coaches, and Club Directors, I am inspired and motivated to continuously fulfil our mission to empower women through running.

In my free time I like to do many different things. I find gardening, reading, and taking long walks with our dog very relaxing. I also enjoy bike riding, hiking and cross-country skiing which are higher energy activities but also relaxing. My most favourite thing to do is travel to visit our children who live in great cities the US. It’s always fun to find something new to explore and just spend time together.

Who do you run with?

Many days I am running with the wonderful women from the various run groups in Club New England. We have built friendships over our meet runs and it’s always a pleasure to catch up with one another. Otherwise, I run on my own. It’s my time to decompress, enjoy the scenery, listen to an audio book or think through issues and solve problems. 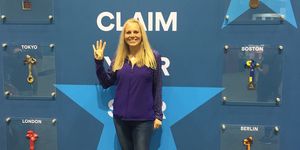 I love seeing the lightbulb moments in women’s faces.  The times where all the jigsaw puzzle pieces join up and their lives change.  I see it a lot when leading the Train the Trainer certification course, but also at the coaches Empowerment Classes and our meet runs each week.  Seeing lives change is what I love about 261 Fearless.

My husband and I have five children and two granddaughters, so a lot of our free time is spent making memories with them; however, I love to travel.  I love to see how people from different cultures behave.  People watching is one of my favourites past times.

How do you keep active?

Running is my release. I have run every day since 1st December 2020, but I also know how important it is to keep my muscles strong and supple, so I do strength exercises, yoga a couple of times a week and try to walk every day. 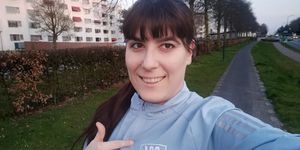 I love connecting with fearless women from across the world through social media. With every social media post, I get to feel the enthusiasm, the achievement, and the support of women worldwide. I feel inspired and motivated knowing that I get to contribute to women’s empowerment.

Besides my curiosity to learn new languages, I have lately discovered a passion to explore castles. I get fascinated by the history and architecture of castles, as well as the lifestyle of people who used to live there. A recent hobby, I can add to the list is baking cookies and cakes.

Who is your childhood hero?

My all-time hero is Sailor Moon. It is magna about friendship, empowerment and standing up for others. In fact, all Sailor Guardians have different skills and work together to achieve their common goals. They are supportive of each other not only in battle, but also in their personal lives. 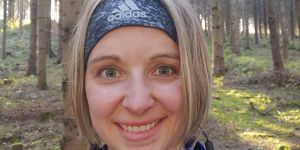 The thing I love most about my job is empowering women to become fearless and to show them that it's worth the effort of stepping out of their comfort zone. It's great to see their joy when they achieve it! And I am thankful to be able to work on an international team with fearless women that are role models for others.

I spend my free time mostly with my daughter. We draw, read books or watch movies. I try to do sports several times a week (running, cycling, HIIT) and in some weeks I manage, in others I don't ;-)

What´s your favorite sport or game to play?

Running is definitely my favorite sport! I can forget about my everyday routine or think of a solution for a problem. One of my favorite running games that we play at our meet run is the polar bear game (followed by toilet tag!). It's fun to watch the members play - especially when they're trying to remember whether they are polar bears or penguins! That's great fun! 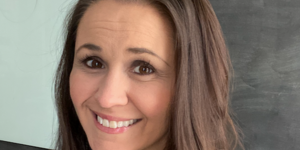 I love working for an organization with a powerful and positive mission. The world can feel like a divided place but 261 Fearless is all about coming together, to lift each other up and cheer each other on, to make a difference in the lives of women all over the world.

My family and I love learning and being active so when we have free time we usually spend it either at a museum, taking in a show at the theatre, or exploring the outdoors in some way. Luckily, we live close to the ocean, the mountains, and the city so we have many wonderful options open to us every day.

I love boot camp styled workouts that incorporate both strength training/weight lifting and running. Mixing it up makes the workout a bit more intense but the variety also makes the time fly by. I leave boot camp workouts feeling strong and energized.