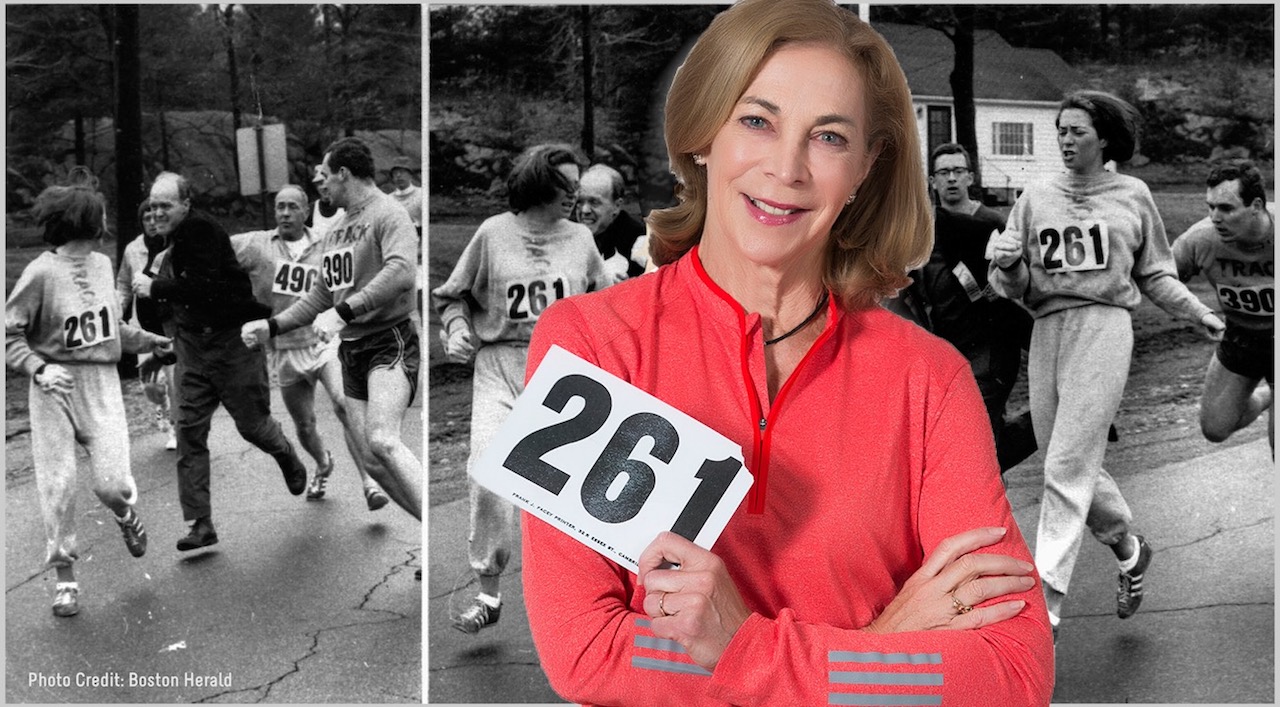 "Running will wonderfully change your life. Let it. We invite you to join our fearless community!" Kathrine Switzer

Iconic athlete, sports and social advocate, author, and Emmy award-winning television commentator, Kathrine Switzer was the first woman to officially enter and run the Boston Marathon. At that time, the race was considered a male-only event, but using her initials, Switzer managed to obtain an official bib, number 261. Mid-stride in the competition, an angry race director leapt from the press truck and attempted to pull Switzer from the race. In one of sport’s most dramatic moments, Switzer’s burly boyfriend bounced the official off the course, allowing Switzer to go on to finish. The photo of the incident became one of Time-Life’s “100 Photos That Changed the World.”

Switzer has completed 40 marathons and won the New York City Marathon in 1974. She went on to create and direct the Avon International Running Circuit, a program of 400 women’s-only races in 27 countries that eventually reached over 1 million women and led to the inclusion of the women’s marathon in the Olympic Games in 1984. Switzer is also a TV commentator and has covered the Olympics, World and National Championships and many of the major marathons, including 37 consecutive commentaries of the Boston Marathon. She is the author of three books including the popular memoir, Marathon Woman. Switzer has been honored widely for her achievements, most recently being inducted into the USA National Women’s Hall of Fame for creating positive social change. In 2015 she co-founded 261 Fearless Inc. In 2017, at age 70, she ran the Boston Marathon on the 50th anniversary of her first historic run.