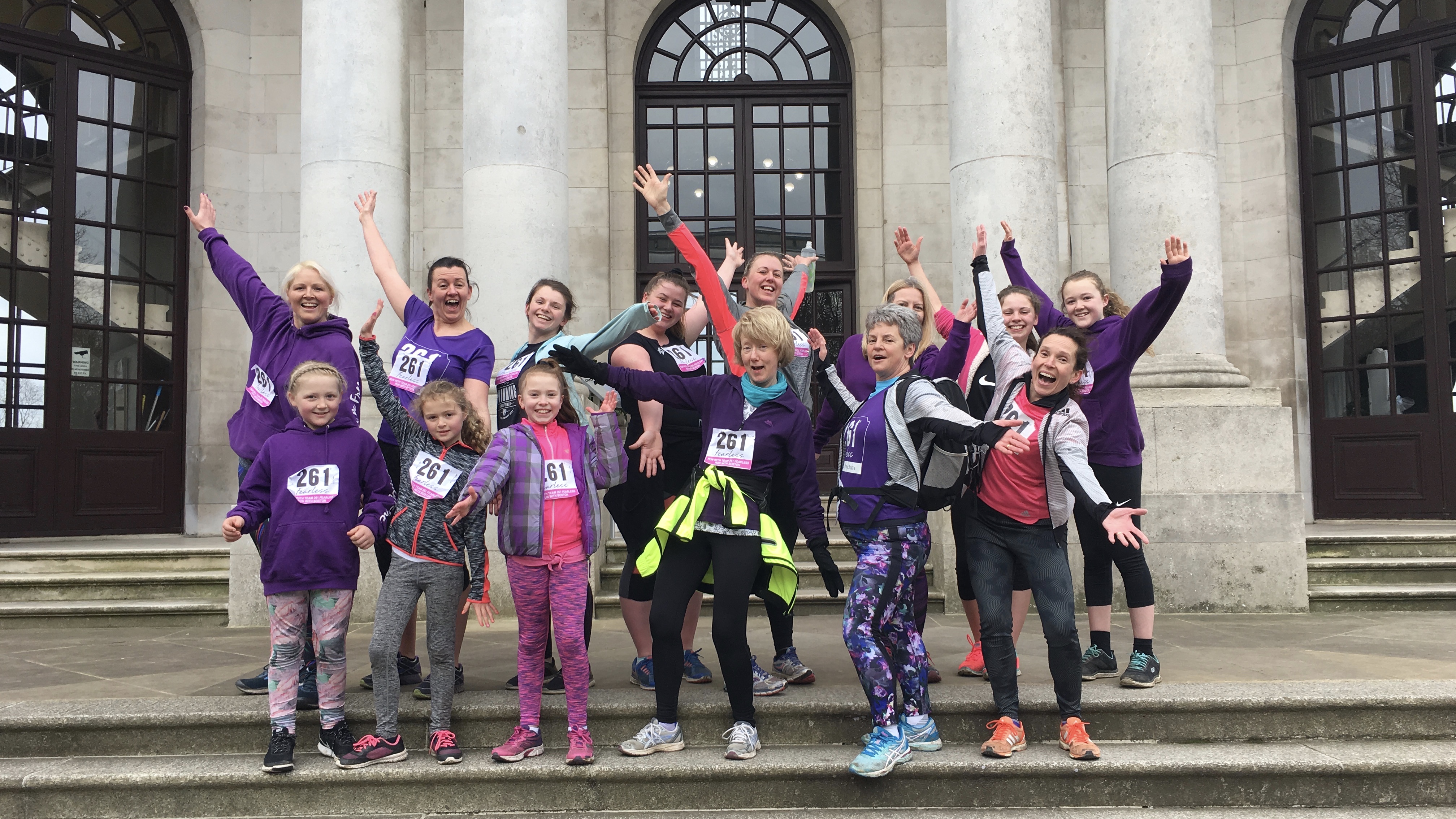 Our 261 Fearless Clubs around the world ran Boston!

In order to show their support for our 261 Fearless Charity Team in Boston, some of our clubs prepared special activities for their meet runs, following the motto '261 runs Boston'. Read here about some of the amazing activities that our wonderful coaches organized!

The Club in Klagenfurt, Austria ran their own marathon in honor of our Charity Team. A small group of runners assembled at the shore of Lake Wörthersee on Sunday before the Boston Marathon took place. Weather conditions were perfect, as was the mood and motivation of the runners. Together they set out to run around the lake (approx. 40km) and runners joined them at various points around the lake for shorter distances. Supporters also accompanied the group on bikes. At the end of the run it was a nice group of runners who had a lot of fun and plenty of laughs, when they finished their run back in Klagenfurt. It was the second time that the club in Klagenfurt organized this run and the girls really liked to be part of a this experience - this definitely won’t be the last 'Run with Boston' event of this kind in Klagenfurt! 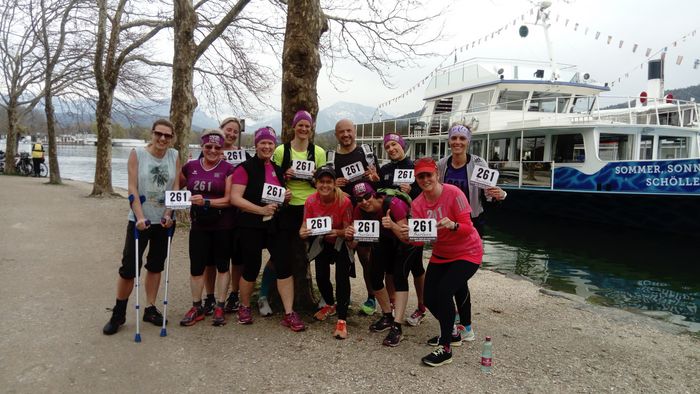 The club members in Fricktal, Switzerland put on their bib numbers and Coach Monica explained the significance of this particular meet run. Then the group started out in a nice run up the hill towards a patch of cherry trees, where Monica’s boyfriend was waiting for the runners to take pictures and recorded a short video with greetings and wishes for the 261 Fearless Boston charity team. 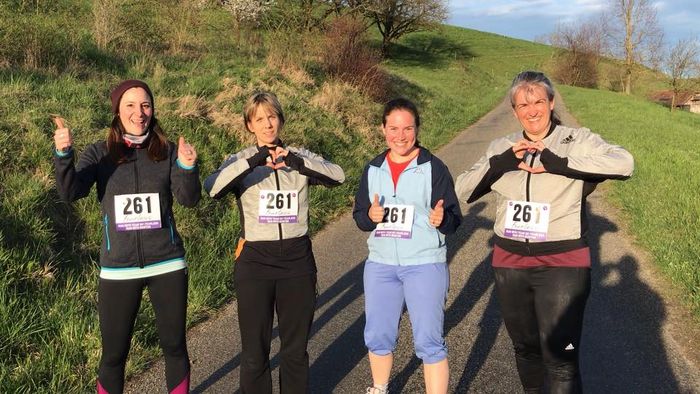 In Bloomington, thirteen women met for a Fearless Together Marathon Relay on Saturday morning before the Boston Marathon. They had very cold and very windy conditions but that didn't stop them! Each woman ran her own pace and whatever distance she liked. A few finished three miles together - including one woman who had joined the meet run for the very first time.

The group also consisted of 'dedicated walkers' who completed 11 and 20 miles, respectively, several ran anywhere from 8-13, and two fine women completed the full 26.2 miles together! The wind and rain did away with MANY of the route markers coach Christal had put out the day before to direct everyone and keep them on course, so they had to scramble to make sure all runners knew where they were going!

A crew of six volunteers supported everyone along the way, gave people rides home / back to their cars when they were finished, and made sure all the runners had whatever they needed along the way. The runners were all just about frozen solid by the time it was done, and exhausted in the very best way. It was a beautiful and amazing experience for the club members, new runners and coaches. 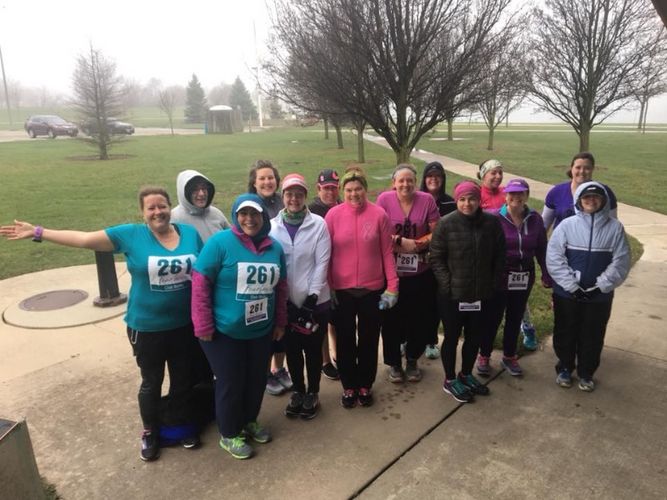 Christine organized a very special meet run as part of the '261 runs Boston' initiative. On this meet run, each woman was given an index card. On one side of the card was the biography of a 2018 Boston elite woman (The information was copied from the BAA website) on the back of the card was the name of a Club member, with a descriptive word about her, as well as a warm up exercise. Each member pulled a card and the members took turns reading about the elite, then turning the card over and reading about the 261 Fearless Doylestown Club member. The women enjoyed hearing their names, for example 'JOYFUL JANAINA' and then '26 squats' or 'LUMINOUS LINDA' and '26 lunges with high knees'. The point of the warm up was to emphasize that while we women aren't elite runners, they ARE RUNNERS and offer something special to each other, something that is extremely significant and worthwhile to the club, joy, luminosity, steadfastness, determination, etc.

After the warm up, the group agreed to run 2.62 miles, and ran a mini Heartbreak Hill toward the end of the run. 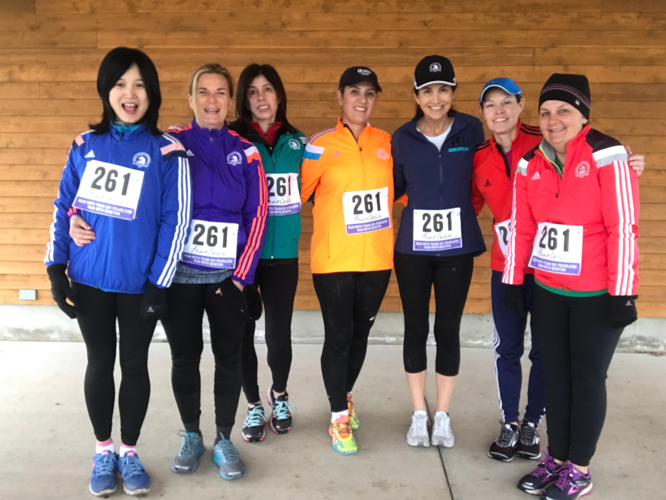 Alice and the Burwell Club held an ‘open’ event in honor of the Boston Charity Team. The club organized fun games and everyone could join and experience the world of 261 Fearless. 14 children participated as well as some men and ladies who enjoyed playing games as well and ended the session with a short out and back run. The event was finished with cake and drinks. 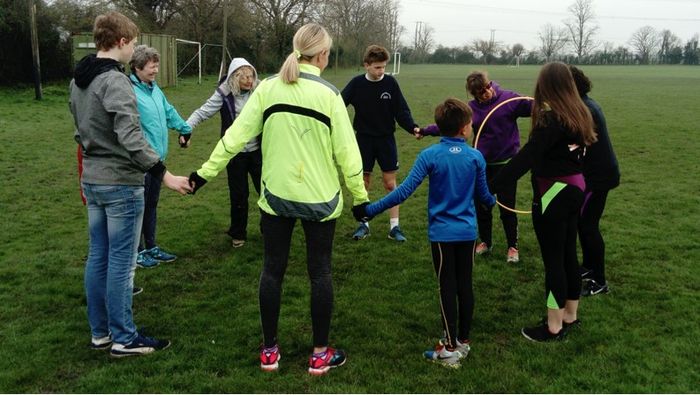 The Lune Valley Club in Lancaster had the Run with Boston in a local park. The members invited friends and family for a really fun session focusing on games. Together they ran a route round Williamson's Park in Lancaster stopping at various points for relay games with skipping ropes, bean bags and balls and a crazy tic-tac-toe game which had all participants shouting instructions to the other team members and doing laps of honour when a game was lost. Adults and children all joined in together and ran and laughed. There was a lovely atmosphere of support and the participants even recorded a message for the Boston Team whilst they stood on the steps of the historic Ashton Memorial in the park! 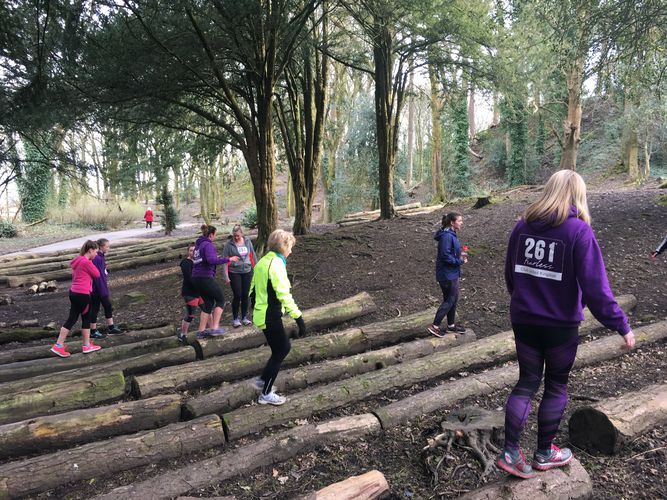