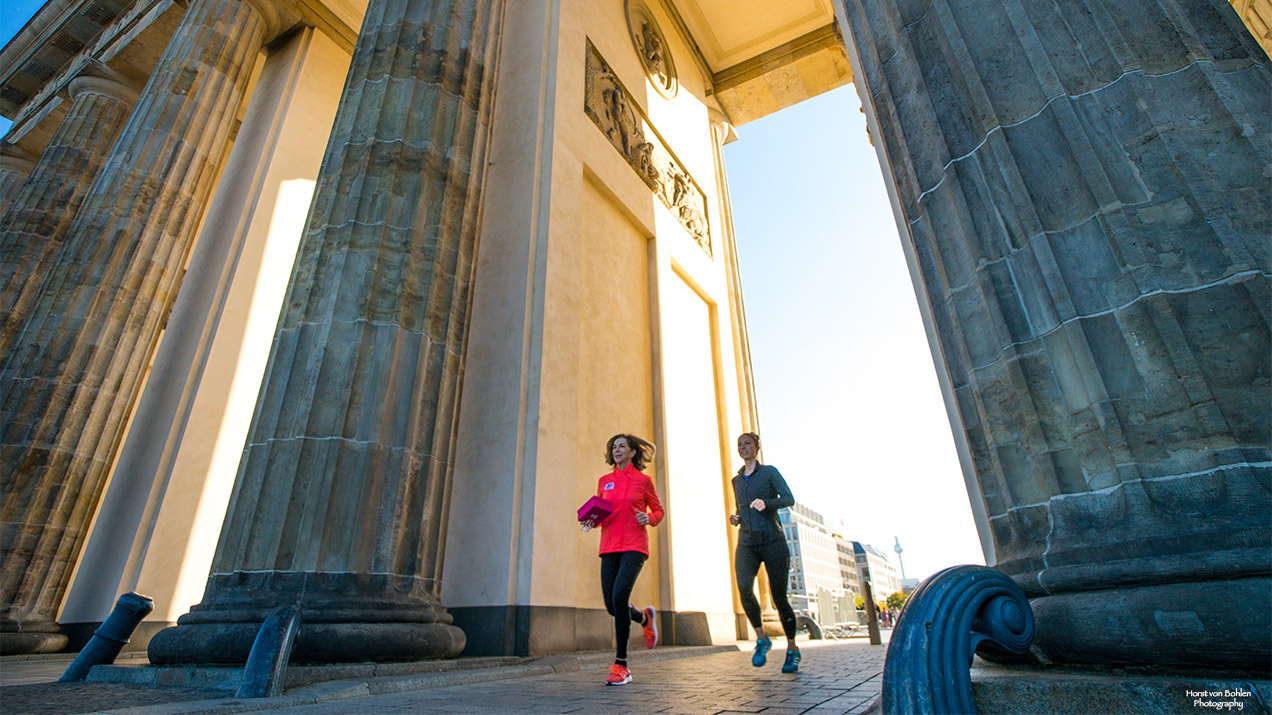 The Gift of Friendship: A Berlin Story

Can you imagine a life without friends? Like a garden with no flowers it would be empty, boring and quite simply unfulfilling. This is why the second in our series of ‘Gifts of Women’s running’ is the Gift of Friendship.

Friendships are so important in our lives. We can talk with our friends to share our ideas, hopes, dreams and fears. Friends are people we can trust and rely on when it comes to the crunch. Good friends encourage and reassure us, and will be by your side in times of trouble.

Friends are essential to a happy and fulfilling life. You can go for a run with friends, you can talk on the phone with friends and, with the wonders of modern technology you can even meet new friends on the other side of the world!

Kathrine Switzer has made many friends, many of whom she has met (and continues to meet) within the 261 Fearless community. Recently Kathrine was in Berlin for the BMW Berlin Marathon to form new friendships and to share the second symbolic Gift of Women’s Running with Jessie Zapo and other members of 261 Fearless. Kathrine was kind enough to put pen to paper and share her thoughts about her Berlin experience and what the Gift of Friendship means to her.

Seventy years ago, I was born to American parents in Germany just after World War II that left Germany demolished and Berlin pounded to dust. When my mother arrived in Germany, pregnant with me, she was horrified by the catastrophe: millions dead, other millions homeless and starving.

She brought six destitute people into her own home. She saved their lives, but together in an alien world they shared their fears and were no longer alone. They helped raise me; we bonded, and became a lifelong family.

Berlin was divided, Germany was divided---Hell! The whole world was divided when the Berlin Wall went up and we lurched into the cold war.  But our bond as friends never wavered over the next five decades.  Then the wall came tumbling down, and we too were physically reunited in 1990.

Lately, I've been struck by the similarity of these years with the hopes and goals of 261 Fearless. Despite technological communication that has the capacity to bring us closely in contact, we still live in fearful world that separates us.  Yet when we come together, especially when we can directly touch each other, our divisions and fears disappear. Especially powerful is when we run together, because running, like music, is a universal language that needs no translation.

So, with the backdrop of a once-divided city that has reunited, and the wildly exciting allure of the BMW Berlin Marathon, 261 Fearless and Adidas organized several dozen global women in meet-runs, discussion groups, and pre-marathon inspiration sessions to share their own hopes and fears. Best of all, it was recorded for an upcoming social media campaign called, 'The Five Gifts of Running.' Five different locations around the world will be featured.  In Berlin, the gift was simply, and appropriately, 'Friendship.'

We didn’t really know each other, and yet we held nothing back.  We were each so different—economically, geographically, socially, racially—and yet we were not divided. Because of running we had an implicit understanding of each other.  As we stood in the gleaming September sun under the Brandenburg Gate, long a symbol of military might and violent divisions, we let the cameras record our simple and achievable dream of uniting women peacefully everywhere through running, and empower them to overcome fears by putting one foot in front of the other with our shared friendship. 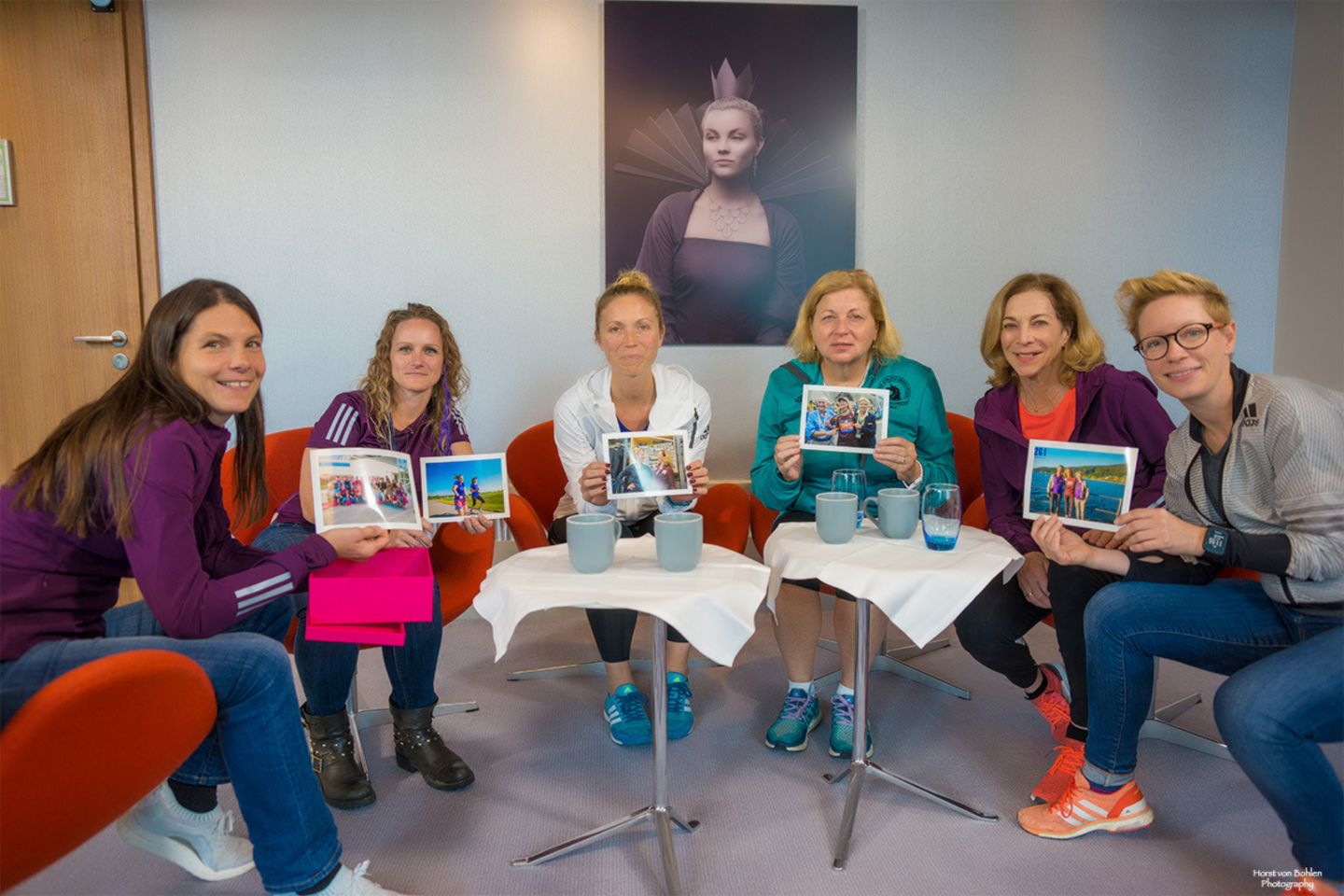 As you can tell by reading Kathrine’s story, our Gift of Friendship is such an invaluable gift, and one that is available to all members of 261 Fearless. Christine Behrens met Kathrine in Berlin during video production for the Gifts of Women’s Running. Christine is the group leader in Dresden for the Germany 261 Club and has met other women from across the globe at 261 Fearless gatherings.

In fact, this is exactly what the 261 Community and the Gift of Friendship means to Christine, “The 261 Fearless community means finding friends from all over the world: I have met new friends from Austria, Switzerland and the USA so far. I’ve met women living a completely different life, fighting other struggles than I do and having success in fields I have no idea about. I got to know women I would have never met without 261 and its vision of empowering women through running. This vision became my passion and I’m looking forward to meeting more fearless women around the globe!” 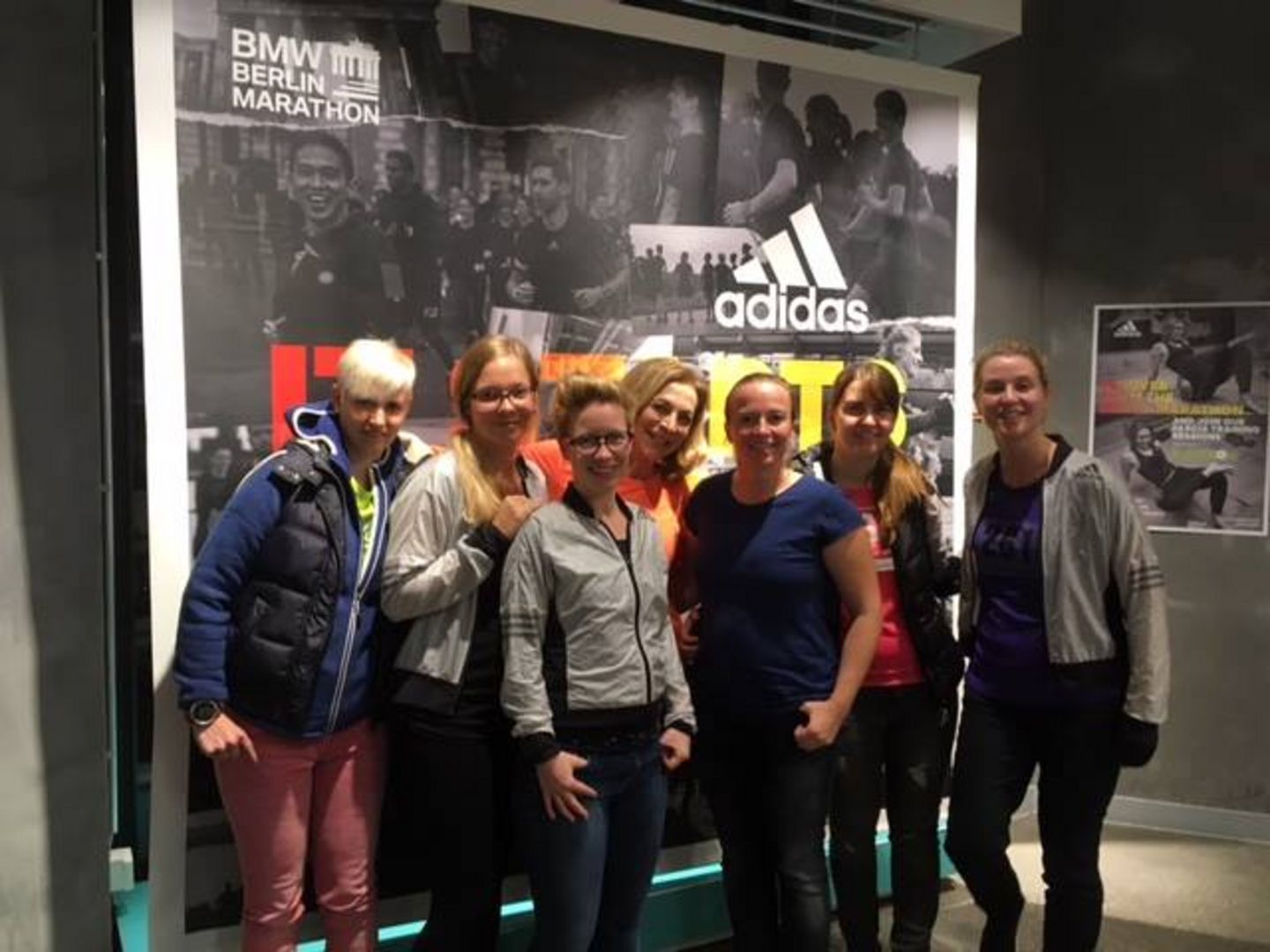 Christine Behrens with her friends from 261 Club Germany

Joann Flaminio, the first woman president of the Boston Athletic association, is a long-time friend of Kathrine Switzer and was also in Berlin to share the Gift of Friendship. To her, the Gift of Friendship symbolises unity and empowerment of women through running, and allows women from all over the world to support one another in all aspects of their lives.

“I love the simple mission of 261 Fearless: to unite and empower women through running.  As the President of the Boston Athletic Association for the past seven years, I have seen first-hand those who would use violence to disrupt our sport and our society.  But, running is a powerful force!  Running together with women from different nations and cultures can quickly break down barriers and promote understanding, tolerance, and most importantly, friendship.”

Joann went on to say, “I have already met many 261 Fearless women, and encourage you to join your local running chapter and do the same.  I support 261 Fearless and its ability to bring women together to support one another, and to empower each other in all aspects of their lives. Not only do we change our own lives for the better, but together – we can change the world.” 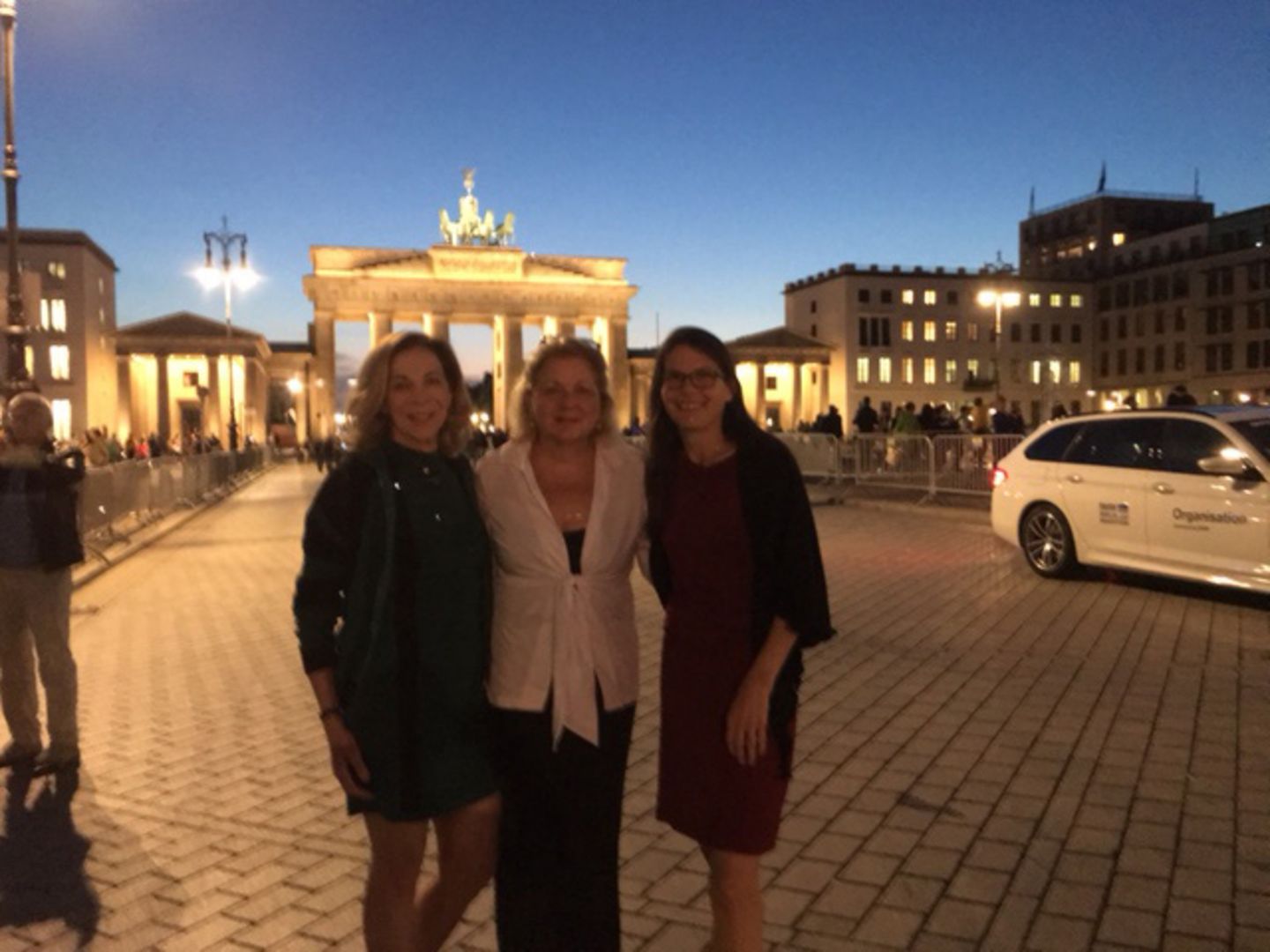 Kathrine, Joann and Edith in Berlin

Watch and share The Five Gifts of Running with us over the next weeks as we go around the world. Join a 261 Fearless club in your community and share our Gift of Friendship: with 261 Fearless you never run alone!